Glaswegian Ewan Kelly makes music under the moniker of Al Kent. Interested in soul and disco for a young age, he found himself beginning to make music using samples from his record collection.

Glaswegian Ewan Kelly makes music under the moniker of Al Kent. Interested in soul and disco for a young age, he found himself beginning to make music using samples from his record collection. 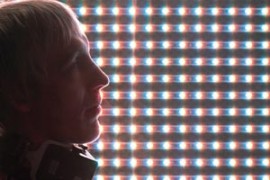 In 2005, Kelly undertook his most ambitious project to date. Becoming bored with chopping up loops, he got together a few musicians to play some parts for him to use instead of samples. The project rapidly increased in it's scope, becoming known as the Million Dollar Orchestra and including full string and horn sections. In 2008, the fruit of all this work was released on BBE records as an album, Better Days.

M talked to Kelly and asked him about the journey his music-making has taken and about the nu disco scene.

What do you think influenced people to start making nu-disco records?
The majority of people got into it through House Music.

I got into it by going full circle. I was into the soul music scene and I was collecting soul records, not really a DJ. I got into House music through that. I went to a club in Edinburgh that had two rooms, one was soul and one was house, so that and events like the Southport weekender got me into house music.

I kind of went back again, as I was DJing house music and the records suddenly started sampling disco music, that’s when I got back into disco. I was always into it, but I guess the house music side of things helped me to make something of it, rather than just sitting there with a bunch of old disco records and getting the occasional gig.

How did you go about creating your early releases?
The stuff I was doing then was a bit like shooting fish in a barrel – music by numbers, I was still really finding out how to make music. It was a fortunate time to be making stuff as you could learn as you went along as there was a market there for almost anything anybody wanted to put out. You could sell enough copies to justify doing it – there was such a demand for records.

I could make things that were relatively simple and maybe not make anything, but not lose money either. The music was simple – make your loops, put them into time, create an arrangement and that was pretty much your record made.

It became boring – for people buying the music as much as me making them. There was no enjoyment, you get to a point where you’ve learned what you were hoping to learn and it just becomes a chore. I really wanted to make records with solos in and stuff like that but I just didn’t know how to go about it.

How did your music develop?
The Million Dollar Orchestra was the first thing that I’d done that didn’t just involve loops and that was by accident really. It happened because I’d got someone in to play keys for me and someone to play bass to try and get away from simply using samples and that just snowballed.

I didn’t just want to make something using samples, I wanted to create something with more depth. Even when I was doing the simple things it was always in the back of my mind to make a proper record. The thing with using samples is that you can make things that don’t sound like they are sampled, using different parts of things but I wasn’t doing things like that.

As time went on, everybody who got involved with the Million Dollar Orchestra project brought somebody else along who could play an instrument and it made sense to get everybody involved as much as possible. It developed from there.

Did you find the move into using instruments challenging?
It wasn’t particularly challenging because I never sat down and said ‘I want to make an album with an orchestra’, it just happened, it was a gradual thing – the strings and horn section were never a part of it to begin with, they were added as we went along. I suppose the process was the same as using samples, but there was a lot to work with – building up layers of instruments.

How did you create the song and melody parts of the songs?
Creating the vocal hooks were just part of the process. From the guys playing the keyboards and bass, the first thing that turned the project into a band was my friend who runs the Glasgow Jazz Festival, he had heard the work in progress and asked if I could do it live. I told him the only way to do that would be to create a band. That was how a lot of the musicians came on board – to do this live show and nothing else. After a few rehearsals everyone made friends and enjoyed themselves but that was where the idea to do it totally live came in, before that it was going to be drum loops with live instrumentation over the top.

Where there any down sides to the project?
I certainly learned a lot along the way, a lot of the lessons were how not to do it. It was a massive thing, even Marco the engineer said it was the biggest thing he’d been involved in. It became so enjoyable nobody said ‘listen, this is getting out of hand’.

Once you’ve done something like that, there’s not really any way of going back to putting things together just with samples. There’s a negative side to it though in the sense that it limits what I can do, I can’t just knock out tunes anymore because of the cost.

I spent a lot of money on the Million Dollar Orchestra project, there were plenty of corners we could’ve cut that we didn’t as it was so enjoyable.

How do you define nu disco?
I don’t actually know what nu disco is, it just seems to be a catch all term for something that could be a bit electro, a bit balearic – not straight up house music and it’s slightly more funky.

I still see the house scene as being just hardcore house music, most people I know who are in to House music just like it straight-up. I kind of get the impression the nu disco thing is a completely different scene. That scene still exists and the nu disco thing goes along beside it, there might be some things that cross over but it’s not really making an impact on house music.

I don’t know what’s caused the tempo change, The Revenge is the name that’ll always come up when you mention that, he’s just been so influential that a lot of people have just copied him, him and Mark Seven – he’s English but he lives in Sweden. He’s a record dealer and DJ. There’s a mix he did online called Snowblower which is legendary on the nu disco scene and that’s all down-tempo stuff. Perhaps  people are getting too old and can’t dance to fast records anymore!

What are you working on at the moment?
I’ve always got things going on. I don’t sit down and write a plan, the main thing I’m doing is working with my friend who’s a jazz keyboard player and we’re doing a latin disco thing. I don’t think anybody’s done something like that since the 1970s.
Features
Back to top