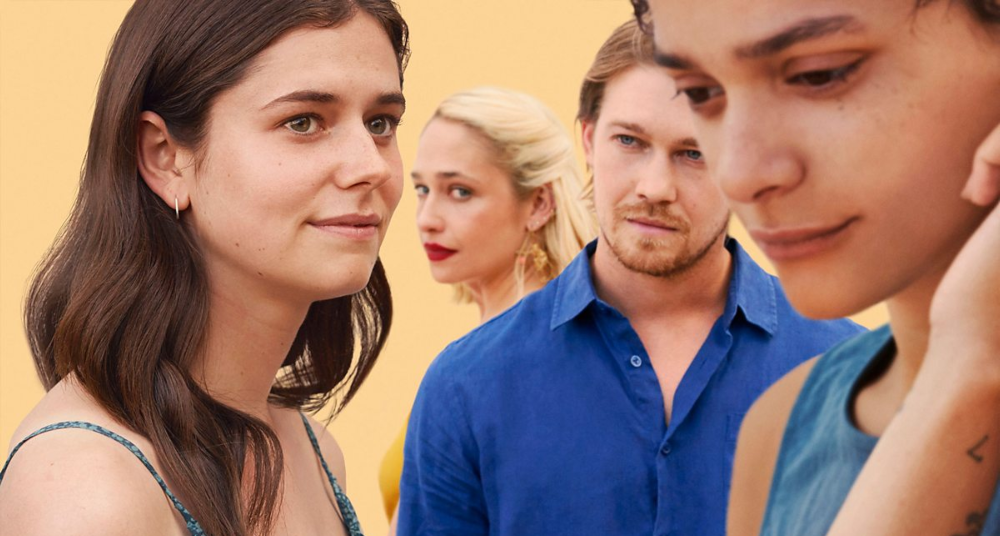 Juliet Martin: ‘A good usage in a big TV show can launch a career’

The music supervisor responsible for shaping the soundtrack to the BBC Three’s adaption of Sally Rooney’s Conversations With Friends discusses the intricacies of her role, and how sync can be a gateway for emerging artists.

Music and TV have always had a significant relationship. A well-chosen song can dramatically heighten the emotion and drama of the scene that it’s placed in, and because of how profound this effect is, some of the most famous scenes in television history are as well known for their accompanying music as much the events that unfold within them. Take U2’s With Or Without You, for example. Diehard Friends fans will remember it as the song that soundtracks the most poignant moments in Ross and Rachel’s turbulent relationship.

The power of a masterful sync has been reiterated recently with season four of Stranger Things putting Kate Bush’s Running Up That Hill and Metallica’s Master of Puppets in front of a new generation of fans, sending those songs soaring up the charts again in the process.

These big musical moments wouldn’t be possible without music supervisors. Bridging the gap between music and television industries, supervisors read through scripts, select music to accompany certain scenes, handle the legal and financial matters involved in licensing a song for use in TV, and work alongside composers who are writing original music for a series. While these processes have always existed, only recently has this vital role been put in the spotlight.

‘There’s so much out there, and it’s fun to research. Finding something new is half the joy of the job.’

Juliet Martin was responsible for handling the soundtracks of both of the smash hit televised adaptations of Sally Rooney’s novels – 2020’s Normal People and most recently, Conversations With Friends. Prior to becoming a music supervisor, Martin was working at an independent music publisher, licensing music for use in film and TV. She made the pivot into music supervision after realising there was huge opportunity within the field in her native Ireland, since there weren’t many music supervisors working out of the country.

The process of choosing a song to soundtrack a scene usually starts with the director or editor. ‘You might receive the edit already with a song in a particular scene that the editor or the director has chosen,’ she explains. ‘Then you review that as the music supervisor and speak with the creative team. If everyone is happy then the song might stay in there, but if we feel we need to go in a different direction, I will go away and come back with alternative suggestions. I also build an overall playlist for the whole series based on the script and conversations with the team, so there’s a selection they can pull from to help match the tracks to the picture.’

'I always reference the closing song in Normal People at the end of episode one – Anna Mieke must have tripled or quadrupled her streams, which is incredible.’

The characters, as well as the nature of the story, also have a bearing on the sort of music that is selected for a TV soundtrack. For Conversations With Friends, Martin considered what music protagonists Frances and Bobbi might listen to, contrasting it with the sort of music that would play in the background of the lives of the married couple that they interact with throughout the series, Nick and Melissa. ‘There was definitely a decision to create two different worlds in relation to what music was listened to for each character,’ she says. ‘For Frances and Bobbi, that [involved] picking songs that reflect their world as students in Dublin and as spoken word poets – they’d listen to Irish rap and contemporary music from that scene.’

While a wide knowledge of music is obviously a pre-requisite for being a music supervisor, nobody can be expected to have an encyclopedic knowledge of every era and every genre. Some digging around in Spotify is usually required – Juliet estimates that at least 60 percent of the music she uses is material she searched out specifically for the project, even though it’s easier to find songs from her own knowledge base. ‘There’s so much out there, and it’s fun to research. Finding something new is half the joy of the job.’ This opportunity for discovery means that Martin is well placed to uncover emerging artists and offer them a platform to reach a larger audience. Indeed, using a relatively unknown artist’s music in a well-known TV series might just be the thing that gives them their big break. The very format of TV incentivises this – most TV shows don’t have the budget to pack their soundtrack full of classic hits and chart toppers, so using music of lesser-known artists is often necessary at least some of the time.

'People will plunge into that music in the middle of a TV show. They’re going to go on Spotify and look at the playlist because they want to be immersed in the emotion that they experienced and that’s going to drive them to it.'

Using more well-known songs in TV has its own advantages and disadvantages. ‘You can tap into what that song means to people and people already have a lot of emotion associated with a well-known song which you can use to your advantage, but sometimes it can be associated with another TV show or film which can detract from your show,’ Martin says. ‘For a less well-known song, there are surprise and discovery elements and you don’t run the risk of taking people out of the scene.’

Juliet has seen firsthand how including the music of emerging artists in TV can help them grow. ‘Even if it’s a track in the background that’s very low in the mix, if the show is incredibly popular it will still have a benefit because you’ll be on the playlists and usually those artists will see a huge jump in streams. People will plunge into that music in the middle of a TV show. They’re going to go on Spotify and look at the playlist because they want to be immersed in the emotion that they experienced and that’s going to drive them to it. A good usage in a big TV show can launch a career. I always reference the closing song in Normal People at the end of episode one – Anna Mieke must have tripled or quadrupled her streams, which is incredible.’

Music on its own is powerful, but with the right placement, it can be even more so.