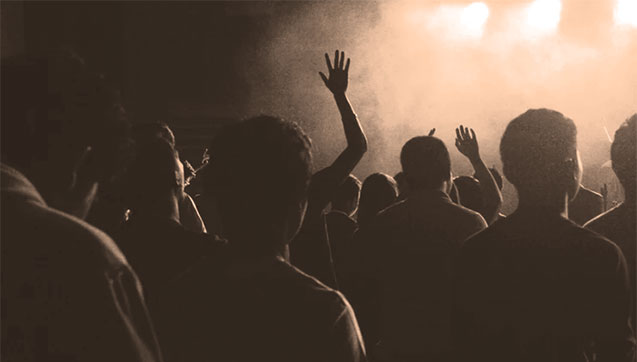 Independent Venue Week (IVW) returns for its fifth birthday, bringing with it seven nights of gig nirvana up and down the country.

Started as an initiative to champion the important work of grassroots venues across Britain, it’s become a massive annual celebration of the people who own, run and work in these establishments every day.

With IVW 2018 now in full swing, we ask Charlotte Dryden (Oh Yeah Centre, Belfast), Richard Watson (360 Club, Leeds) and Matt Otridge (Exchange, Bristol) to give us the lowdown on live music in their neck of the woods…

What does IVW mean to you?
Charlotte: It's important for us to be able to be part of a joined-up message to communicate how important small and grassroots venues are to developing new talent.
Richard (below, right): It’s a great thing to be a part of, the venue community coming together to shout and champion what they do, that strength in numbers has a big impact for awareness and audience development.
Matt (below, middle): Initiatives such as IVW are crucial in bringing people's attention to the value of grassroots music venues and to the issues surrounding most venues.

How healthy is the live music scene in your city? Why?
Richard: It’s very strong and healthy across many genres. There are a lot of great acts coming out of Leeds and the surrounding areas, and we are fortunate to have some great venues. There’s never a shortage of anything to go see if you’re a fan of live music.
Matt: I’ve been promoting in Bristol for 15 years and we have recently reached a point where touring artists see Bristol as being a must play city. However, on the other hand I would say that there is less interest in checking out new Bristol-based artists than at the time where I first started.
Charlotte: The live scene in Belfast is pretty healthy at the moment - lots of new sounds coming through. There are more female-based acts coming through than ever before., The last couple of years have seen an upsurge in new female talent and confidence.

What are some of the challenges you face as an independent venue in the city?
Matt: Up until a few days ago, I would have said noise complaints have always been our biggest concern, but with the Agent of Change Bill being agreed in parliament (meaning it is now the developer’s responsibility, not the music venue’s, to soundproof their new developments sufficiently), we can breathe a little easier.
Richard: I don’t ever feel challenged in a negative way. The climate is tough and people say audiences are dwindling, although I don’t see that. If you’re doing good things, putting on good shows and making them affordable, people will come. There will always be a passion for the live experience.

If you could choose any artist, past or present, to play your venue, who would it be?
Charlotte: We've been lucky enough to have some of our biggest Northern Irish exports come back over the years including Two Door Cinema Club, Snow Patrol, Ash and the Undertones... But it would have been amazing to have The Clash play!
Matt: Andrew WK.
Richard: If I have to select one, it would be ace to have Alt-J return and do a show on the stage they started on. They’re a class act, they’re also lovely guys who are still down to earth and unchanged.

Independent Venue Week 2018 runs from 29 January to 4 February. Find out what’s on near you.

PRS for Music is an official partner of IVW 2018 and is hosting panels and showcases at 360 Club and The Exchange. Oh Yeah Centre is a PRS Foundation Talent Development Partner.

Read our interview with LICE, a new Bristol band who’re playing in support of independent venues this week.