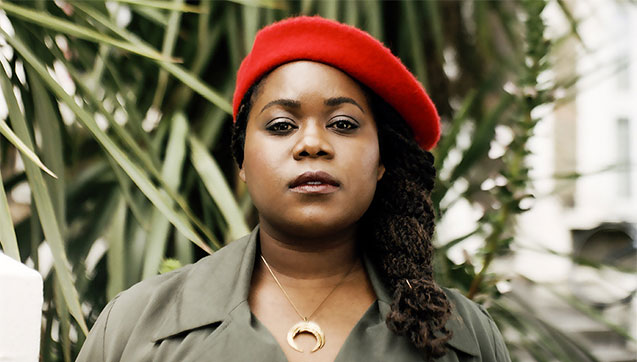 With a deep love of everything from Pharoah Sanders to Studio One, Zara McFarlane's third LP Arise promises an explosive sonic mix. We get the skinny on how it came together...

If you keep an ear on the most exciting sounds to emerge out of UK jazz, you’ll definitely be familiar with the genre-hopping shapes of Zara McFarlane.

Rising through Gary Crosby’s Tomorrow’s Warriors initiative as an early teen, Londoner Zara has been breeding a new form of jazz based on her Jamaican musical roots and urban upbringing for the last decade.

With a deep love of everything from Pharoah Sanders to Studio One, Zara mixes nostalgia with innovation, producing two lauded LPs, Until Tomorrow (2011) and If You Knew Her (2014) for Gilles Peterson’s Brownswood Recordings label.

Now back with her third album, Arise, which lands on 29 September, we chat to the MOBO nominee to learn how it all came together…

What’s the inspiration behind your new album Arise?

It’s exploring Caribbean music and jazz music. When I first started work on the record, I knew I wanted to explore rhythm and voice. Drawing out Caribbean rhythms was really important for me. The lyrics came much later with this album.

How do you think your sound has evolved over the years?

From my point of view, I’ve always been exploring Jamaican music and jazz, to some degree. People probably don't hear it as much in the first album but two of the tracks on there I first wrote a reggae songs.

Then with the second album we did a cover of [Junior Murvin’s] Police and Thieves, which is a really famous reggae song. We also covered a Nora Dean track, Angie La La, which was pure psychedelic seventies’ reggae track. So that exploration has been happening for quite some time.

Why are you drawn to experiment and play around with reggae and jazz?

Well, my parents are Jamaican so it's something that I grew up with my whole life. I went to Jamaica for the first time when I was five and fell in love with it. I’ve had the pleasure of going many times since then. So, reggae is definitely something that I grown up with. It's just part of who I am really.

What do you make of the modern stuff? Are you still excited by the reggae that's coming out of Jamaica today?

I don't listen to that as much as I used to, but still much of it is related to the early stuff. Today’s reggae and dance hall music still leans on those early rhythms, so that's quite interesting. Although the lyrics are very different these days. They’re more sexual. Early Caribbean music was often quite flirtatious.

Going back to the new record, when and where was it recorded?

It was all done in London. We recorded it in bits actually, starting as early as last summer. We did a couple of sessions with the band and then some more in October. We finished it all up in March.

Where did your inspiration for the lyrics come from? Is that something you find more tricky?

Not normally. The last record was definitely song-based, but this one was definitely rhythm-led. I didn't really know what I wanted to say when I first started writing the music. The lyrics weren't really flowing as easily as the last album, which was quite strange. But slowly, things on my mind started to bubble up, political and social things.

You first came through via Tomorrow’s Warriors and have been backed by Brownswood Recordings and PRS Foundation. How important has that support been?

Very important. I need to have a lot of creative freedom and I've been lucky enough to have that, being signed to an independent label and Brownswood specifically. Gilles has been great. Especially with this record, it took a while for it to come and he really didn't really grill me to hurry up and finish it.

I love that about working with Brownswood, they've always been very supportive from a creative point of view. Then just, you know, they're such a small company that do such amazing things. Gilles has got his fingers in lots of pies which, ultimately, he tries to extend to his artists as well which is really nice.

I got PRS Foundation Women Make Music funding for this record, which, again, was amazing. Technically I'd finish my contract with Gilles at the time and I was thinking about doing another record, but wasn’t sure where I was at. So I applied for the funding and got it.

It helped me feel more confident to go forward to make the album because Brownswood, you know, are an independent label - they have very limited funds which governs what they can and can't do.

So, yes, the funding was very important to be able to do this. It allowed me to create a bigger sound as I was able to get more artists on there and really explore the ideas I had in my head.

Zara McFarlane's new album Arise is out on 29 September

https://zara-mcfarlane.bandcamp.com/album/arise
Features
Back to top