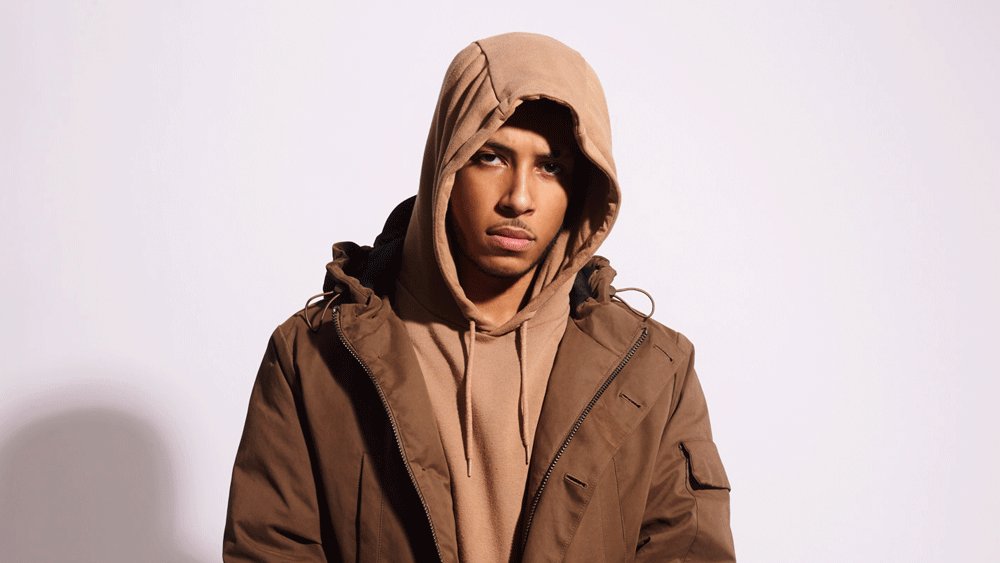 'If you’re stepping into an industry you’re unfamiliar with, you owe it to yourself to know your worth': rising South London MC Yizzy on making waves in music...

Over the last couple of years, Lewisham MC Yizzy has been pushing grime forwards with his explosive flow and hard-hitting agenda.

With a string of features and solo releases, he’s piled in with trap, rave and hip-hop influences, pushing the genre forwards and outwards in banging new shapes.

All the self-starting creativity hasn’t gone unnoticed by grime royalty, with artists and tastemakers including Wiley, Dizzee Rascal and Sian Anderson name-checking his sound.

What are you up to at the moment?

I’m in a writing session. I’m in work-mode. I’ve got stuff I need to send to people for features, and stuff I need to sit down and work out with producers… as well as sending out loads of emails to everyone that needs to get back to me.

It all sounds pretty busy for you…

Yes, I’ve got to keep on top of it, otherwise things will start to get out of hand. The amount of work we put into what we do, me and my manager: we have to constantly be on it all the time. Sometimes I need to lock myself in the studio and get stuff done!

How do the features work for you?

It depends. Sometimes I’m in a studio with someone and we get it cracking there and then. Sometimes I might link up with a producer who will link me with someone else and we’ll work it out. Every situation is kind of different. But I never really work with someone I don’t know.

It’s a tricky one. It was mostly through the support from my friends. I didn’t have confidence in myself to make a career out of music. I just started doing it as a hobby. I didn’t see anything more serious in it than that.

Then when I was in school, a couple of my friends said, ‘You know what, you’re actually good at this, you should try and take it further and do something with it.’ And then, next thing I know, I’m doing music, I’m doing shows, I’m doing radio, I get myself a manager, I’m getting an agent.

So, I’ve been in all of this while doing a nine-to-five. And then the music stuff took over the nine-to-five stuff, so I started doing it full-time, which was another leap of faith. And then… I’m here where I am today.

How has growing up in South London shaped your career?

It showed me that music can be a reality. All of these musicians are celebrities now but a lot of them grew up just down the road from me. It shows that someone from a background like mine and an area like mine can actually make something of themselves in the entertainment industry.

You mention your mates and your manager – who do you think has helped you most along the way?

I’d say my friends have definitely helped because they’ve kept me grounded and creatively, when I’m not at my best, they’ll spur me on. They’re brutally honest and tell me if I’ve been lazy in a track or not given it 100 percent.

But at the same time, it was my manager who encouraged me on to learn about the music industry. When I first started, I didn’t know anything about PR, labels, publishing, masters. When I linked up with him at the age of 16, I set up my own label, and was spurred on to find things out for myself. I started releasing my own music and, when it needed to step up a level, I did joint ventures with other labels to get more funding and distribution.

How important is it for new artists to know about the industry?

It’s very important, because you don’t want to get taken advantage of by anyone due to a lack of knowledge. Also, if you’re stepping into an industry you’re unfamiliar with, you owe it to yourself to know what you’re getting into.

You need to understand how the percentages are split up when you release a song with a label or a distributor. You owe it to yourself to know what you’re worth. You should know about the music-releasing process and timescales too.

How important is it for you to keep artistic control?

For me, putting out what I want is a given. I would never enter into anything that stopped that, because I’m the one making the music, no one else. It’s my life: why would I give that control to somebody else? It doesn’t make sense.

What’s the thinking behind your last EP Welcome to Grime Street?

I wanted to show people a current sound of grime, so where I’m at now, as well as touching on some really hard-hitting topics. I wanted to showcase eight songs to someone who’s never heard of grime, giving them a well-rounded opinion of the sound. I was keen to show a more mature and creative side to my music too.

Where you see yourself as grime evolves?

I’m a student. I’m learning all the time. I’m meeting legends who are telling me really interesting information that I’m taking on board. I see myself firmly in the middle (laughs). Yes.

I can tell you that I’ve got a lot of big-name feature songs on the way. I can’t tell you who, but the next couple of tracks for the end of this year and the beginning of next year are some of the biggest you’ll hear from me.