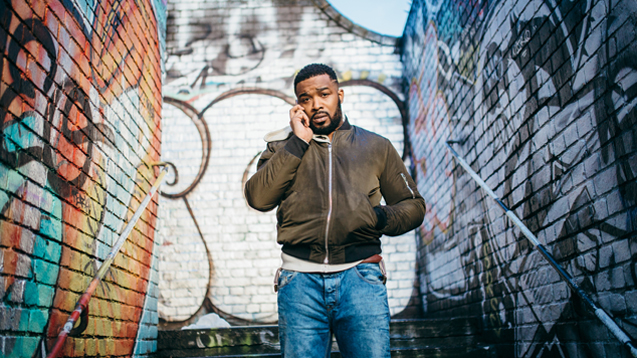 Grime producer XTC on Functions on the Low, his iconic track that Stormzy used as a sample and helped kick start the scene’s resurgence…

UK grime is enjoying a big moment under the spotlight in 2016  and it's down to a number of factors falling into place. For many, MC Stormzy is one of the most crucial in this uniquely British sound being back under the microscope.

Over the last 18 months, he’s gone from underground hero to the brink of being a huge breakout star, touted by politicians (minister of state for Culture and the Digital Economy Ed Vaizey being one no less) and pop stars as one of the UK’s most exciting new talents. His track Shut Up has a lot to do with the weight of expectation, a fresh sounding freestyle built around Functions on the Low, a haunting grime instrumental originally produced by Ruff Sqwad’s XTC.

One of grime's original pioneers, XTC is now re-emerging putting the finishing touches to a new EP after successfully negotiating an agreement for Stormzy to use the infamous track. We caught up with XTC to find out more about those early years of grime, new music and what’s next for him…

What inspired you to start writing your own music?

I have always loved making music. I used to spend hours in the music room at school, but the real turning point was later in life during my college years. I listened to lots of pirate radio, I was part of a crew called 2 Shady and we had a weekly set on Heat FM. I listened to near enough every pirate station but the likes of Pay as U go, So Solid, Heartless Crew they stood out to me. Not only were they sick MCs but they were great at making tracks. Then came the likes of Dizzee Rascal and N.A.S.T.Y crew, Roll Deep, Donae’o all making their own music. For me, it seemed like the next natural step was production.

Who or what were you looking to influence your productions when you started out?

Life and my surroundings. Everything and anything.

How were you connected with Ruff Sqwad?

Functions on the Low is a track you’re well known for - how/where did you make it? And what influenced you in its sound? It sounds like nothing else!

I made it in my bedroom in the early hours of the morning. I made the initial melody and the rest just flowed. I remember just thinking about my day-to-day life, the good the bad, my hopes and fears and within the space of an hour all those emotions culminated. The result was Functions on the Low.

Ten years after you first made it, Stormzy used it and the beat ended up in the charts as Shut Up. Can you explain how you found out about this and the resulting situation?

I found out though a message from a friend that Stormzy had used the track for a freestyle which was cool with me as that’s the nature of our scene. But then I was told he was releasing it for sale, so I messaged him via Twitter and we discussed the situation. Stormzy was very respectful and very co-operative in its resolution. We came to an agreement that we were both happy with.

How did this resolve itself and who were the key players in negotiating an agreement? It must have been a difficult situation…

As I said we came to an agreement between ourselves but there were others that helped make things run as smoothly as possible.

Are you a fan of Stormzy?

Definitely. I’ve often said Stormzy is one of the leaders of the new wave. He is a presence that commands your attention. He’s comfortable in himself that he can flow across tempos and genres and still deliver with lyrical precision.

Finishing my EP Hiatus is over. Working on a future album and just working on music for others.

Have you any advice for new producers and artists?

If you really want to get into this industry stay driven, believe in yourself, acquire as much knowledge as you can and build a good team or network along the way. This is a business and its more than just the music needed to make it. Also always register your music with PRS for Music as soon as possible because you never know what is around the corner. Something that you make today can be a big hit years later so registering with PRS early makes it easier to collect royalties owed to you from the start.

Listen to Functions On the Low below...