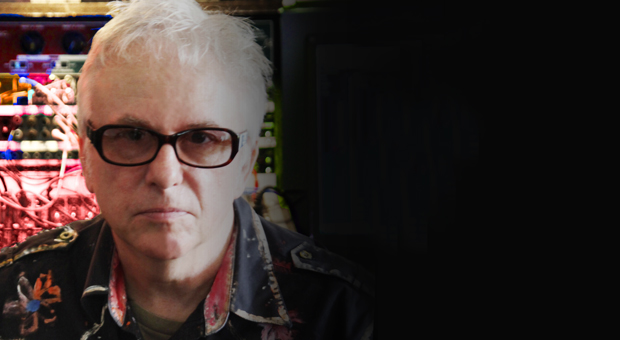 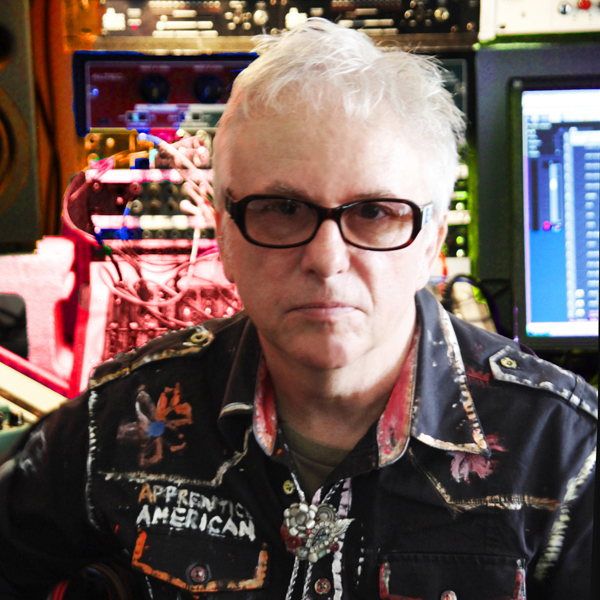 Eric Goulden is Wreckless Eric, a singer and songwriter who has sustained an almost 40 year career as the self-confessed biggest name in the UK’s underground scene.

He kicked off his recording life on Stiff Records in 1977 with his enduring hit Whole Wide World when he was little more than an ex-teenage art student.

After some success, he managed to navigate away from the trappings of stardom and sustain a creative career as a musician and artist across a variety of guises. Now living in New York with his wife and songwriting partner Amy Rigby, he’s gearing up to release his new record on AmERICa via Fire Records on 13 November. He’ll be on tour from tomorrow (6 November) until Christmas. We’ll be exploring how he wrote Whole Wide World in a future feature but we also caught up with Eric ahead of his tour to find out more about the man, his music and life on the outside…

In 1962 my parents bought a record player and that was the start of it. My first record was Globetrotter by The Tornadoes. My aunt gave me a Chubby Checker record, Let’s Twist Again (I love still Chubby Checker) and suddenly there was The Beatles and the whole beat boom - I watched Ready Steady Go on the TV and that was it.

What made you start writing your own songs?

I was tired of doing cover versions. Around the beginning of the seventies I realised that professional bands with deals wrote their own stuff and that was a major part of their identity. I wanted to be in a band with an identity so I gave writing songs a go. I was already the singer - not because I was good at singing - I could stay in tune and I had the loudest voice, and that was quite a consideration given the PA systems that were around then.

How did you fall in with Stiff Records?

I left art college in 1976, moved to London, heard Nick Lowe’s So It Goes/Heart Of The City 45, read an interview with him and Jake Riviera (who started Stiff Records) and took them a demo cassette.

Three days later the payphone in the hall wouldn’t stop ringing so eventually I answered it. It was Jake, he said he was calling about my tape. I started to apologise, I said he could keep it and record something else over it, (I’d been quietly beating myself up for having the audacity to sing my songs onto a cassette) but when he could get a word in edgeways he asked me if I’d like to make a record. I thought that was a stupid question because of course I’d like to make a record, I mean wouldn’t anybody? It’s every boy’s dream.

It sort of crept up on me. I never thought I was good enough and there were a lot of people who’d agree with me. I didn’t realise how famous I’d been until long after I stopped being famous. But now that I’m Britain’s biggest underground household name I’m beginning to think I might be on to something!

How have your songwriting methods evolved?

They must have but I’m not sure - I still don’t know how to do it. I’m not a habitual songwriter, I only write songs when I need material and I’m sometimes surprised to find that I’ve actually got something to say. I’ve tried the pro songwriter method, showing up for work every day, but it’s disheartening sitting there with a guitar and a notepad with my mind in neutral. I collect ideas when I’m on tour, driving alone for thousands of miles. I pull off the road from time to time and write stuff down in notebooks. If I get on a roll it puts hours on the journey!

amERICa is your latest album - how did the record come about? What drove you to make the LP?

I moved to the US four years ago. I’ve been touring here since the late seventies so I thought I knew it well. But living here is different - I love it and I’m fascinated by the dichotomy: I love Americans for their kindness and positivity which is so much at odds with America the arrogant and crass superpower. America is a young nation and that comes with a certain almost child-like naivity. I don’t know how the youngest have ended up being in charge - probably because as a nation they have more energy. I can also get hold of American history - it’s bite sized, not like ours - we’re moribund with the stuff. They enjoy each other’s successes and I think it’s misnomer to say they recoil from failure and drop people who don’t make it. I know that’s a popular view.

I’m married to one of the great songwriters of our time, Amy Rigby. I think Jarvis Cocker is a genius though he’d probably get all weird and not speak to me for ten years if he knew I’d said that. I saw Kris Kristofferson play solo not so long ago - his third song was Me & Bobby McGhee, then he played Sunday Morning Coming Down, just casually with no fanfare in among a whole load of songs, some of which I’d never heard and all of which were amazing in their simplicity and greatness.

Do you think the music ‘industry’ is in a healthy place at the moment?

It’s hard to get a measure of that. It’s certainly a lot easier with the internet to put your material in front of a potential audience but is anyone really listening? It’s easier to click ‘like’ than actually listen. When I started out the concept of pop music was only about 20 years old. Now it’s about 60 and there’s a huge backlog of stuff, more than you could listen to in a lifetime, and everyday it’s being added to. We’re on overload. I think music is actually a minority interest. Most people are ambivalent - it’s not that they actively dislike it but it’s more of a character defining thing, a lifestyle choice. There aren’t a lot of people who sit and listen to music without doing anything else, like driving a car or talking about what happened at the supermarket or something. I remember having dinner at someone’s house when the Beatles anthology came out - the one with all the demos - they played it at barely audible volume as background music: ‘Oh yes, it’s the new Beatles album…’ Countless out takes of Strawberry Fields, versions of Can’t Buy Me Love that break down after fifteen seconds, backing tracks that never got used… I mean come on - that’s some serious listening

In the long term about ten more albums, if I’m lucky. In the very short-term hours and hours of staring at bare trees through the front window of an overpriced hire car. I’m on tour until Christmas, just me, a couple of guitars and hundreds of copies of my new LP.

Visit wrecklesseric.com to find out more about his tour and new album.