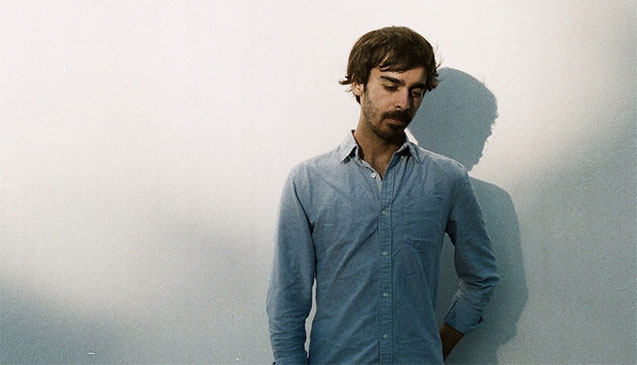 If deconstructed torch songs are your thing, don’t let Luso-Indian troubadour Will Samson pass you by.

Through an equal mastery of both the electronic and the acoustic, Will’s gentle experimentalism is grounded in both sturdy storytelling and studio-craft.

He’s been making music for over seven years now, touring and releasing ambient soundscapes and intricate bleeps in the shape of albums Balance (2012), Animal Hands (2015) and Ground Luminosity (2015).

His fourth installment, Welcome Oxygen, will see the light of day at the tail end of the summer, a fitting time to lay bare this collection of winsome melodics.

Shunning most of his studio gear, the album leans on guitar, voice and violin, with Will using a newfound vocal confidence to convey thoughts and feelings from a turbulent time.

Part travelogue, part history lesson, the set sees Will mine the depths of recent disparate experiences in Brussels, the UK and Lisbon, with stunning results.

Here, he tells us about the trials and tribulations that went into its making, and how his love of Devendra Banhart might have unintentionally shaped his new sound…

What’s the thinking behind Welcome Oxygen?
The album was, without doubt, the most cathartic writing/recording experience I’ve had. There was no thought process beforehand, other than knowing that I had a lot to express at the time and it needed a creative outlet.

All of the guitar and vocal parts were written and recorded in only eight days (aside from one instrumental song that had been recorded in a similar fashion a few weeks earlier), which is still hard for me to believe, given that the previous album took me nearly two years to complete.

The songs all just flowed out very naturally and quickly, and I didn’t dare to pause in case it stopped. Being brutally honest, emotionally exposed and vulnerable seemed to be what opened the creative floodgates. I found that there’s a real strength in allowing yourself to be vulnerable in that way.

I had wanted to make an album like this for a long time, but I postponed it for various reasons. I guess I gradually became a more confident singer over the years and so am finally more comfortable with having the vocals at the centre.

What were your main inspirations?
Musically, I have always been a big fan of Devendra Banhart, particularly his earlier albums like Nino Rojo. He released his new album (Ape in Pink Marble) around the same time I was recording Welcome Oxygen, so I would be lying if I didn’t admit that he had inspired me somewhat.

I was also rediscovering Diamond Mine by Jon Hopkins and King Creosote during the writing/recording period. The way that album blends electronics with acoustic guitar so naturally was certainly something that I attempted to assimilate.

Since my late teens, I have mostly listened to instrumental artists, and Do Make Say Think have always been a firm favourite. In terms of aesthetics and production sounds / textures, they have been a continual inspiration since day one.

What led you to use mainly voice, guitar and violin on the record?
Aside from having a lack of gear/instruments available at the time, I also felt that I had begun to hide myself behind all of my familiar effects and sound layering. I wanted to strip a lot of that away and see if I could still write a strong song with such a simple set-up. In some way, I wanted to put my song-writing abilities to the test.

How did the move to Portugal impact your music-making?
It had more of an impact than I expected. I had taken a nylon string guitar with me, which was actually the first guitar I ever owned, and fell in love with the sound again after not having touched it for many years. It seemed to be much more at home in that Mediterranean environment – especially since I was often surrounded by Fado music.

Aside from that, there were a lot of life events during the move that were very much a contributor to Lua (an instrumental EP that I recorded whilst there) and Welcome Oxygen.

How did the album come together?
With a combination of a nylon string guitar, tape, Cubase, a friend’s Lisbon home, love, solitude, 37 degree heat and heartbreak.

How did the process differ from your previous record?
This album is far more stripped down, compared with my previous LP, Ground Luminosity. That album focused more on intricate details and electronic beats, whereas Welcome Oxygen is mostly just vocals, acoustic guitar and violin.

However, aesthetically, I feel that they are both still similar. I cannot stray too far from a couple of specific tape machines and the way they magically manipulate guitar textures.

How do you think your sound has evolved over the years?
I had very little confidence in my singing voice when I recorded the first album in 2010, so it was soaked in reverb and put low in the mix. That’s certainly changed over the years and I feel more comfortable with letting the vocals take a more central role now. My violinist, Beatrijs, has also now performed on the last three releases – so her role in my music is becoming more prominent each time.

‘Welcome Oxygen’ is certainly my most folk album so far – however I wouldn’t be surprised if the next album goes in the opposite direction and ends up being much more focused on electronics/beats.

What’s keeping you busy for the rest of 2017?
I moved to Brussels! I really love the city and feel very at home there after so many years of constant moving. Finally I have a little balcony in a quiet area, where I can grow plants and play guitar in my pyjamas. Aside from that I will be very busy in the autumn with touring the new album.

What can we expect from your upcoming live shows?
I will still have plenty of gear around me (tape delay, MOOG style bass pedal, synth, sampler etc) so that I can play some of the older songs, but we will mix it in with the new ones too. Since the latter mostly consist of guitar, voice and violin it is much easier to recreate them live – which makes a nice change!

I perform with an incredible violinist called Beatrijs De Klerck, who will join me at plenty of shows. She will be singing too and has a gorgeous voice! Performing with her is always a great joy. To sing in harmony can truly be a spiritual experience.

Welcome Oxygen is released on 8 September through Talitres.
Will Samson is published by Manners McDade.