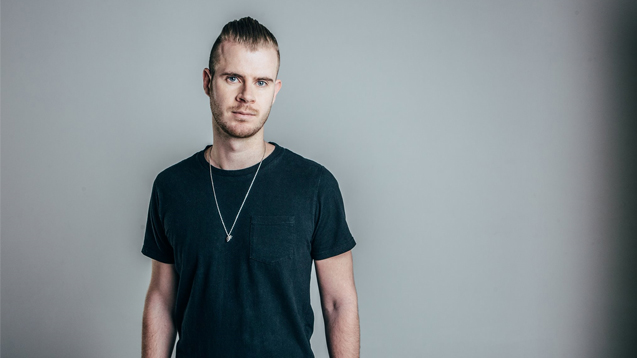 Before his drum and bass career jumped off, producer Wilkinson was a gardener. We learn how horticulture’s loss is dance music's gain with the release of his new album Hypnotic…

Hailed as one of dance music’s brightest, global stars, Londoner Wilkinson is coming on strong in 2017 with the release of his second album, Hypnotic.

Originally signed to Andy C’s RAM Records, the producer has his roots in the big drops and basslines of underground drum and bass before bringing his sound overground with debut full lengther, Lazers Not Included.

The record went off in the deep end of electronic pop, spawning four top 40 singles including the top ten smash, Afterglow. Since then, he's remixed the likes of Ed Sheeran and the Prodigy before unleashing this latest record following extensive touring across the globe.

Written while on the road, Hypnotic expands Wilkinson's musical palette, drawing on his love for electronic music of all kinds. The likes of Sweet Lies and Take Me Home blend a passion for rave and hip hop with classic pop songwriting and an array of guest vocalists including Wretch 32 and Andreya Triana. With the record already catching fire, we caught up with Wilkinson to discuss the release as well as his roots in rave and gardening…

How did you get into dance music?

I’ve been into music since I was a kid but back then it was all about CDs and going to HMV. It feels like so long ago. But me and a couple of mates really wanted to be in a band - we were all into groups like the Offspring, Green Day, the Red Hot Chilli Peppers. When I was about ten or 12, we sorted it out and I played in a band for a few years. As I got older, I discovered hip hop, partying, stopped being in a band and fell into dance music.

If I’m really into something, I usually like to know everything about, to make it, to learn how it works. So I started getting into the production side, learning more about how to create drum and bass. I snuck into a few raves, some Hospitality parties and that got me hooked. My first clubbing experiences were commercial clubs when I was at college, then I discovered this whole rave scene - clubs like Herbal and Heaven.

How did you connect with RAM Records?

John Cyantific played a load of my music to Andy C on a train journey. Andy really loved them, invited me down to RAM and signed me there and then.

I’d told my parents that I was going to give up making drum and bass if I didn’t have a record deal by the time I was 21. At the time I was working in a garden centre. The month before the deadline I’d set myself I’d got the deal. It was amazing timing…

And six years later you’re gearing up to release your second album?

Yeah it’s been a great journey. I bowled along nicely putting out my first few singles on RAM trying to learn what I was about. Initially I loved the musicality of the Hospital Records output, then I went and saw Andy play and the bass and the drops were so mad and heavy, I decided I wanted to make that kind of sound.

I was trying to get tunes in his sets, wrote tracks like Moonwalker and Samurai, both of which were really hard. Then I went back into making more musical stuff. It was a case of really working out my sound and who I was. I guess this is something that you’re always discovering, working yourself out and how your music is different to your peers. That first album featured Afterglow and it just kicked off. That was really a moment when I suddenly got into the Radio 1 Chart Show, the Big Weekend and started rubbing shoulders with Pharrell and One Direction. It was mad.

What does your new record Hypnotic mean to you? Could you explain a bit about it?

Well I’d had a lot of success with the first record and suddenly had a weight of expectation. But I can’t go into the studio thinking I’m going to write an absolute smash. Not only do you not know what you’re going to write, but you don’t know what the public are gonna be feeling either. It’s a combination of loads of different factors which make a chart smasher.

So Hypnotic was written over a long period of time which is a blessing as you get to live with the songs. It helped me concentrate on their fundamentals, the main melodies and the vocal. I wanted to write something like Afterglow where you can strip the song back and play it on the piano. It was in the last year that I got all the production to the level I wanted, in terms of how it would sound sonically. I was taking experiences from touring across the globe and trying to combine it all together. I love touring, I love my music being appreciated in so many different countries. I enjoyed the challenge of mixing up these styles. So the record is a real screen shot of me right now.


Yeah once again a mad hectic diary of festivals. We’ve got loads on, an Ibiza residency then hopefully shows in places like South Africa and Asia towards the end of the year. I want to tick off all these places as I’ve nearly been around the whole world. Nearly. That’s a mad thing to be able to say.

Have you any advice for new producers?

Practice. It’s as much about that as putting tunes up online and getting signed. As a producer, I know what I’m doing but I’m constantly learning, like a guitarist or pianist. Don’t be afraid of spending a week in the studio learning a synthesiser.

Hypnotic is out now.

Listen to Sweet Lies from the record below.