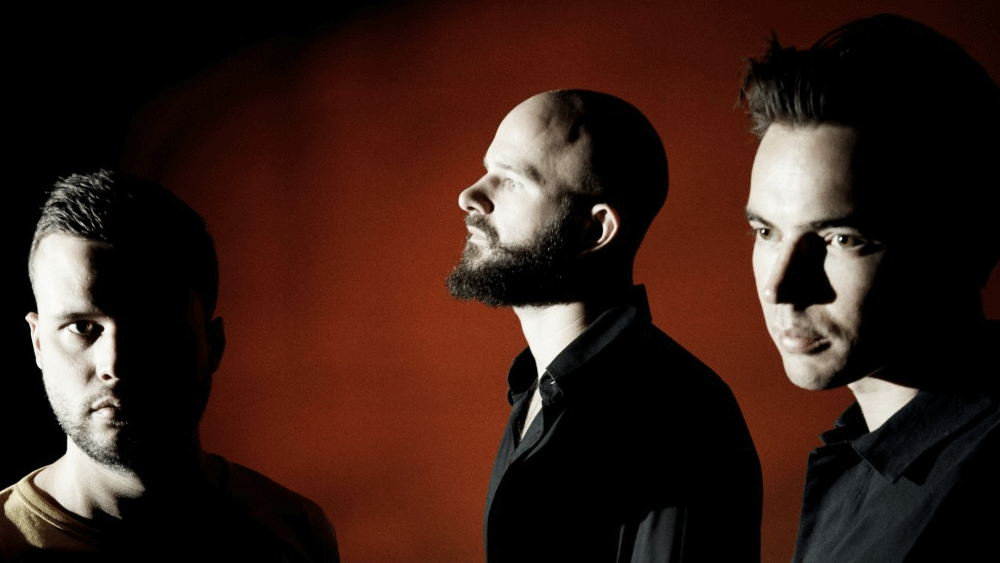 ‘There are songs on this album which I would never have dreamed would be possible for us to write 10 years ago': White Lies on a decade in the game and what's in store for the new LP...

‘There are songs on this album which I would never have dreamed would be possible for us to write 10 years ago,’ says White Lies’ frontman Harry McVeigh.

He’s talking about their new studio album, Five, which drops via PIAS on 1 February, and it’s hard to believe that West London trio have been in the game for so long.

Over the last decade, they’ve produced four solid albums veering from from stereoscopic synth-pop to spiky post-punk - all displaying their melodic whims and eclectic motivations.

Five promises more of the same astute songwriting and distracted stimuli, but with added bedroom pop and demo daring.

With a quarter of the finished article recorded in Harry’s spare room, and a new-found confidence to push their sound further, it brings fresh angles to the trio’s musical impulses.

Ahead of their mammoth tour, which kicks off in Brighton on 31 January, Harry lets us into the White Lies’ soundworld…

Five is almost ready for the world – what was the thinking behind it?

I don’t think we had any sort of master plan before we started work on this record. I feel it was really shaped by the writing process. Often, when we have written for albums in the past, we’ll draw inspiration from an eclectic mix of music. Our songs, in the early days at least, sound quite diverse stylistically. On this album, perhaps more than any of our others, we have allowed some of that diversity to filter through to the end of the recording process. As a result, some of the songs are very different, stylistically, from our previous work and for me that is a big point of difference, it feels like a bit of a step forward!

We started writing for the record towards the end of the summer in 2017. I have been living in California for the last two-and-a-half years, so it was a lot of hopping back and forth for me. It came together in the same way that almost all of our music has. Charles will come over to my place and we’ll spend the days working in the spare bedroom of my flat in London. We try hard not to get to bogged down in sounds or production and focus on writing good melodies and words and we record them on a laptop. Most of the demos are pretty rough but they end up being the foundations for the studio sessions. We usually use what we’ve recorded at home as a framework when we go into the studio and try to replace everything but often we’ll end up keeping a lot too. This album is probably 25 percent recorded in my spare bedroom!

How do you think your sound has changed since you first started out?

I think we have matured a lot as people and as musicians. There are songs on this album which I would never have dreamed would be possible for us to write 10 years ago. However, our first record has an energy that is very difficult to recapture. I felt like we made a lot of fortuitous mistakes when we were starting out and it made for a lot of strange and wonderful moments in our early work.

When we work now on music, after 10 years, I feel we have a few more tricks up our sleeves. We get stuck less on difficult moments in writing and tend to approach our songs with more of a plan, I also think we have higher standards and we rush into things much less. I don’t think either way is necessarily better, just very different. Sometimes I do wish we could get back into the headspace we were in when writing and recording our first music.

We are inspired by so many different things, it’s hard to pin down! I think all our records mark a moment in time; when I listen to our earlier records it always transports me back to how I was feeling and what I was listening to at the time. Honestly, I think White Lies has always tried, more than anything else, to write good melody. It’s fair to say that good melody in whatever music we’re listening to is a huge inspiration for us. Also, we’ve travelled a lot around the world, both with our work and personally, and exposure to other places and people and the way in which different cultures view the world has always been very inspiring.

Is it difficult to stay motivated and excited about making music now you’re five albums in?

Yes, sometimes! I spend a lot of time thinking about what exactly the point of music is. We struggle every time we make a record because we want to create something good, perhaps even better, than we have before. When we’re writing we’ll often have weeks where we get absolutely nothing done. This can be demoralising and I think we often have thoughts about whether what we’re doing is worth it or even good. If we felt that we couldn’t write effectively any more, we would pack in. Fortunately, we manage to create some good moments for every record and we can keep going!

How are you preparing to take the new record on tour?

In truth we haven’t prepared anything yet! We are going into rehearsals in the middle of January and we will probably do a week or so in order to get the songs into shape for performance. The preparation is fun as it’s a chance to tinker with how we have things set up for the show. I’m looking forward to adding some new elements and sounds. It’s super fun playing with pedals and guitars and stuff as well, I’m really looking forward to it!

I have been listening to the new The Good, The Bad & The Queen record called Merrie Land. I love it! It is so pure and the melodies and lyrics are beautiful.

I’m not good at practicing. Especially on the guitar. I hardly ever play at home and I’m often super rusty when we get back into rehearsals. I have been working on this whilst I’ve been in California. I took up playing the piano and had some lessons and that really taught me that practice is key. The piano is such an unforgiving instrument, you have to get everything perfectly correct in order for it to sound good whereas on guitar I’ve always found it easy to cover up mistakes. When you get in the habit of sitting down at an instrument every day it actually becomes a joy to practice and the last few years of my life, I have discovered that. It sounds obvious, but practice makes perfect.

Five is released on 1 February. More info and pre-orders via https://www.whitelies.com/