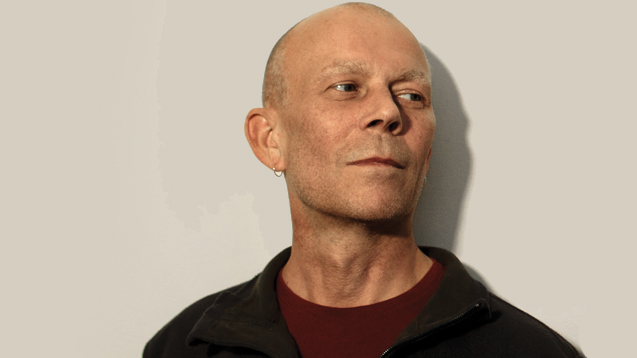 Vince Clarke – one of British synth-pop’s founding fathers – chats to Anita Awbi about circuit boards, collaborations and his rigorous creativity...

‘The golden time for synthesisers is right now,’ says Vince Clarke, taking a break from the LA studio he’s using to mix the new Erasure LP. As a self-confessed circuit board wizard and (over) zealous synth collector, you’d be inclined to take his word for it.

Vince has been at the forefront of electronic music for the last four decades, using an army of analogue androids to help create his synapse-shifting melodies and durable basslines.

When the synth-pop tsunami flooded the charts in the late seventies and early eighties, it was his canon of ultra-tight hits for Depeche Mode, Yazoo, and later Erasure, that helped put Britain on the modular map forever.

Nearly 40 years on, music tech has become normalised within popular culture, but Vince still hasn’t fallen out of love with its radical edge. ‘You know what, I don’t think it’s ever been this good,’ he continues. ‘You’ve got to remember there were very few people making modular synthesisers in the early eighties. It was scarce technology back then, but now there are literally hundreds of people making modular synths and coming up with exciting new ideas.’

So how, in the relative synth dearth of late seventies’ austerity Britain, did Vince set about defining the first electronic epoch?

Born Vincent John Clarke in Basildon, Essex, in 1960, the punk-averse teenager came of age just as Orchestral Manoeuvres in the Dark (OMD) were channelling German pioneers Kraftwerk in the back streets of Liverpool. Hooked by their ‘simple arrangements’ and unearthly electronics, OMD were the antithesis of both glam rock and punk for Vince.

‘They were like folk songs to me,’ he says. ‘It wasn’t a huge sound and it was really simple instrumentation. But I could relate to that because it was a bit like the acoustic guitar artists I admired at the time.’

Forming Composition of Sound with Martin Gore and Andy Fletcher in 1980, he set about saving hard for his first synthesiser, a Kawai 100 F (which cost £175). But it was only when he recruited student Dave Gahan to sing – and the band changed their name to Depeche Mode – that things got moving.

‘We wanted to be The Cure when we first started out,’ Vince remembers, ‘but we realised synths were easier to play and lug about than guitars and amps!’

New aesthetic in place, he penned the singles Dreaming of Me, Just Can't Get Enough and New Life in quick succession – before going on to write most of the band’s debut LP, Speak and Spell, for Daniel Miller's Mute label.

The set’s bleepy discord and gawky adolescence - which still stands up today - must have seemed like a gloriously giddy aside to the orchestral pop and watered down disco that it nestled beside in the top 10. But, just as the band began to take flight, Vince’s incessant pop itch led him elsewhere… 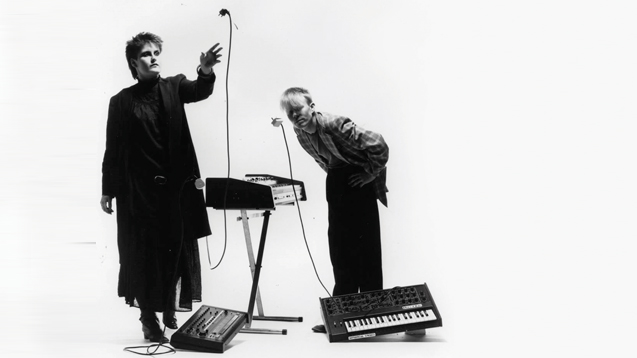 With all the base elements in place, Vince hooked up with singer-songwriter Alison Moyet in late 1981 to form Yazoo. Only You, a song he’d originally written for Depeche Mode (which the band reputedly snubbed for being too pop), was their first single, hitting number two in 1982. Two albums and three top 10 singles followed within 18 months. The duo parted ways soon after, but Vince’s pop urge remained strong.

‘I’ve always loved pop music,’ says Vince. ‘In those early days I was into people like Simon and Garfunkel - I just loved the songwriting. It was stuff I could relate to and that I could play myself.’

It would take his pairing with vivid vocalist and showman Andy Bell in 1985 for Vince to find his true pop home. Together as Erasure, they released their debut single, Who Needs Love (Like That), shortly after forming, but it wasn’t until their fourth single, Sometimes, in late 1986, that the world caught on. The duo quickly went on to become one of the most successful acts of the eighties and nineties, never missing the top 20 singles chart for over a decade.

It’s hard to over-egg Erasure’s influence on pop. Their electronic high jinks and sexually ambiguous live shows – which referenced everything from Chicago house to Burt Bacharach - drew millions of punters and placed euphoric hooks and ecstatic synths right at the top of the international charts.

Following five killer albums, including 1987’s breakthrough The Innocents, they brazenly resurrected ABBA from their kitsch, retro-pop status with the Abba-esque covers EP in 1992. Not only did it offer a rare glimpse into the pair’s songwriting DNA, it also preceded the Swedish quartet’s revival later that year (with the release of the massive ABBA Gold compilation).

Later, Erasure’s 2003 album, Other People’s Songs, let slip another facet of their riotous musical palate, with a cover of The Buggles’ Video Killed the Radio Star appearing back-to-back with The Righteous Brothers’ You’ve Lost That Lovin’ Feelin’. Soul balladry, hi-energy, disco floor-fillers – nothing was off-limits for this unlikely pair; one exceptionally camera shy (Vince), the other a striking, sweaty paean to strange.

Unlike other bands who crashed and burned in the wake of intense international tours, Vince remembers: ‘Andy has always loved being on stage and I’ve always loved watching him. It’s obviously a great way to connect with people and it’s great for your ego – there’s no denying it.’

During this period of onstage theatrics and shiny pop packaging (not forgetting Andy’s flouro codpieces), Erasure were able to cement a solid creative partnership which still thrives today as they prepare for a new album in Spring and a 2017 world tour.

‘It’s weird actually, because although we’ve been doing it for a long time, the first couple of hours when we get together to start writing again is always nervous. You don’t know if anything’s going to happen,’ says Vince of their musical methods.

‘It still amazes me because we meet up with nothing, no ideas or anything, and then we come out maybe two hours later with a song: it’s like magic.’

So how do they still find things that excite them sonically, 16 studio albums in? Surprisingly, Erasure tracks always start life on acoustic instruments, with Vince opting for piano or guitar as they work out melodies and arrangements. He reckons it’s a tried and tested method, which allows the songs to develop a life of their own before ‘the electronics and fancy stuff comes in’.

‘I think, for me, the best kind of song is one that has some kind of emotional twist in it, whether it be via the lyric, key change, melody twist or something else in the chorus or bridge of the song,’ he continues.

‘That’s what Andy and I are always looking for. It has to happen to us first, and if you can convey that feeling or twist, other people will also relate to it. So, I suppose there are no continuous themes going through the songs, but invariably the word “love” creeps in a couple of times,’ he says.

If there’s one constant in Vince’s career, it’s that he will never, ever work alone. Just over the last few years, he’s released a minimal techno album with former Depeche Mode bandmate Martin Gore under the VCMG banner, remixed Plastikman, Goldfrapp and Future Islands, worked with Jean-Michel Jarre on two tracks for Jarre's Electronica 1 release and collaborated with Paul Hartnoll, one half of the seminal rave-era duo Orbital.

While all of this work is relevant and completely complementary to his main outlet, Erasure, it’s a wonder why he won’t ever consider going it alone. ‘I can’t imagine anything more boring than a solo record from me, it’s not going to happen,’ he insists. ‘Collaborating is a way of breaking out from that and getting fresh ideas, seeing things from other peoples’ perspective. It keeps you healthy.’

Alongside Vince’s love of collaborating, his passion for vintage synths and modular technology is just as well-documented. Having recently relocated his studio from a huge log cabin in Maine to a Brooklyn basement, he says he’s been careful to maintain the expansive, experimental air.

‘My studio is definitely designed for experiments,’ he says. ‘I don’t have a set idea about where I’m going when I start doing the musical arrangements in there. A lot of the technology I use is very old, so it’s unpredictable from the beginning.’

Most of his synths – new and old - don’t have any memory, making it impossible to hone into pre-set sounds. Each noise is created from scratch every time. ‘It’s great, because hopefully you’re going to come up with something new,’ says Vince.

He reckons the current resurgence in modular technology isn’t just keeping him in the game, it’s also stoking the creative fires of new artists too. Having recently collaborated with Analogue Solution on a new range of Eurorack-style synths dubbed Clarke Circuits, he’s even had a hand in shaping the sound of the next generation.

‘It’s just getting crazy now. People have taken those ideas from the seventies and are making them even more expressive and interesting. Hooking and linking modules up in new ways, with new interactions - it’s just incredible.’

He may have emerged from an older generation of musicians taking elementary electronics from the fringes to pop’s centre stage – but with 2017 marking his fourth decade in the business, one thing remains constant: Vince Clarke is still very much a leading player in the fortunes of British synth-pop.