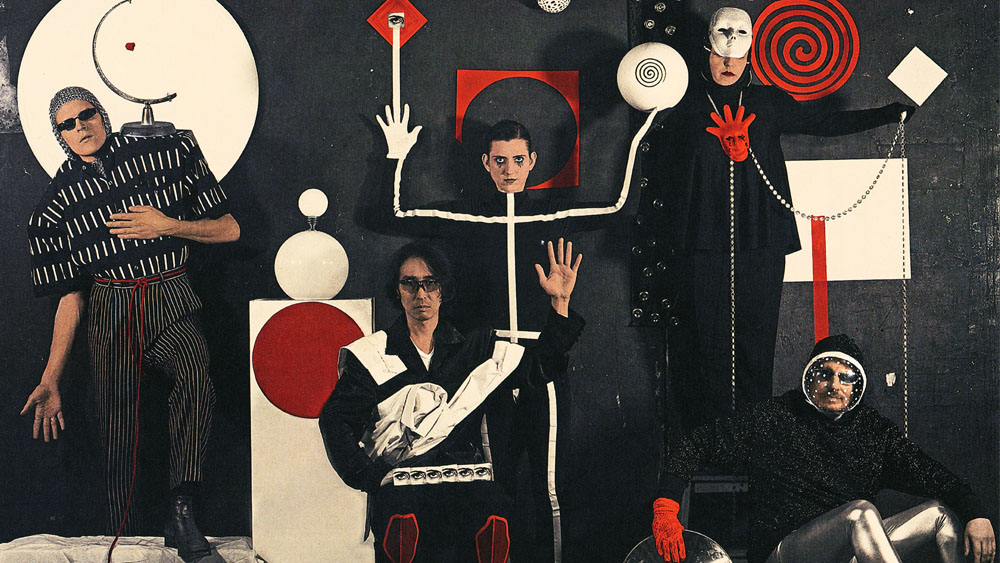 Difference is what London five-piece Vanishing Twin specialise in.

Together they create spectral space pop with krautrock referencing grooves and far out electronics.

Their excellent debut Choose Your Own Adventure appeared in 2016 and a follow up EP Dream By Numbers in 2017.

It was on the latter that the sideways slant of their music took an even wonkier turn into more abstract territory via largely instrumental compositions.

That release was the foundation for their forthcoming LP The Age of Immunology, which further expands on the experimental predilections of its makers in a more fully formed, yet far from pop-shy, way.

Here, we chat to Cathy Lucas and Elliot Arnt about the genesis of the record, the process, their take on independent music and much more…

What’s the thinking behind The Age of Immunology?

Cathy Lucas (CL): Some thinking and lots of doing. Making a record is not necessarily a considered process, but it’s something that happens through getting together in the studio. Obviously, there’s some lyrical ideas there, but their origins are in the books that I read.

The title is borrowed from a book. A guy called David Napier, who’s an anthropologist, he had this idea that immunology as a kind of medical concept had become a powerful idea in society and a metaphor for the elimination of what’s other. I read the book about ten years ago and it’s really stuck with me. I think recent political events in the UK and elsewhere as well has brought that book back into my mind. It feels very relevant at the moment, and some of the songs deal directly with those issues. On the whole, it’s about reaching out to encounter difference in a meaningful way.

Is it important to make a statement with the music that you make?

CL: I think it is important. It’s definitely something that feels necessary at this time. I’ve always cared a lot about lyrics and what you say is important.

What motivated you to record some of these songs in unusual settings rather than in a studio?

CL: We work really well as a band outside of the traditional studio context. There’s a freedom that comes with that, that you don’t necessarily get in a studio. The atmosphere has to be right, basically.

There can be a pressure in the studio and also a sense of working with someone else’s rules and conventions. And especially these days where a lot of engineers go to engineering schools, a lot of people work in really similar ways. There’s a sound that comes out of traditional pro studios. We’re looking for something different and one of the ways to do that is to step outside of those environments.

CL: Many start life as jams, us just playing together in a room. I think that has always been the secret to our sound, the chemistry of the band playing together. Most songs originate from at least two or three of us playing together at the same time and then other things are added. The songs go through a bit of a process.

What was influencing you most while you were making the record?

CL: Definitely some other music. We listen to a lot of music together, a lot of jazz, a lot of library music. I think whilst we’re not trying to be like anyone else, we do let influences in. I think it’s really important to be open to influences.

Given the atypical way the tracks were recorded, how will go you about translating that on stage?

CL: We have to start from scratch when we get to working on a live show. We’ll then take the recording, something that might have been recorded in totally different way, and we’ll work backwards from there and figure out how to play it. And we’re not too precious about the individual parts, it’s more about creating the right atmosphere. And also incorporating some sort of stage craft as well, so it’s as interesting as it can be. For this record, for example, we’ve commissioned an instrument for the live show. It’s an optical sequencer that will play all of our drum machines and loops and will also be part of the stage set.

How has your sound evolved since Choose Your Own Adventure?

CL: While jamming was the origin of most of the music on this record, I spent a year and a half ago just writing on my own before the band got together. So quite a lot of that earlier material was songs that were already written and demoed, so it was quite a different approach there. But I think that everyone bought their different personalities to it anyway. But there’s more of a group thing going on this time, even more so. Everyone has a vocal part on the record and because of that the starting point was the four of us together. We played together a lot more. You develop your telepathy.

You took a more abstract and experimental turn on Magic & Machines, what inspired that and is that an avenue you’d like to further explore?

CL: That is exactly what I was talking about when I say telepathy. We work a lot on just making sounds together and experimenting and improvising. That music was never really meant for release. We were just testing out our sound and listening to each other, getting into the vibe of the space. The label that put it out have a special category of cassette that weren’t really intended for release that offer a window into your practice. It was really just what happened at that moment, and it was to show people that side of our work. And some of that is on the record, but maybe a little more worked. But there’s no reason why we wouldn’t do something like that again.

Elliott Arndt (EA): We’ve always enjoyed the different outlets, different mediums. That was kind of perfect for this, because it wasn’t really intended for release. It certainly wasn’t when we made it and it just felt like a great thing to release on a cassette. Obviously, there are albums that have more fully-fledged songs. There was an EP that was very library music orientated, and I think we’re going to keep doing that type of stuff between every album.

What’s your take on the independent UK music scene at the moment?

CL: You hear a lot of negativity, but I actually think it feels quite healthy, to me. In the sense that if I make some music and I want to put it out I can definitely do that. Things were not as they were. There’s a lot less money going around.

EA: There’s a lot less money which sucks for a bunch of reasons, but it also gets rid of certain old ways of working.

CL: I hate to glamourize the industry of yesteryear because it was horribly sexist and cocaine and macho guys – that’s probably unfair. I think for women things are way better now. You’ve got so much interesting music coming from women and lots more women in studios producing, mixing and engineering. So that’s great. That’s such an important part of getting female musicians to be their best selves because studios can be quite male environments. But that’s a whole other conversation.

CL: The record’s out soon. We’ve got a week of shows straight afterwards. We’re playing in London at Giant Steps on the 13 June .

CL: Particularly as we just couldn’t get tickets for any of the gigs [laughs].

The Age of Immunology will be released on 7 June via Fire Records.