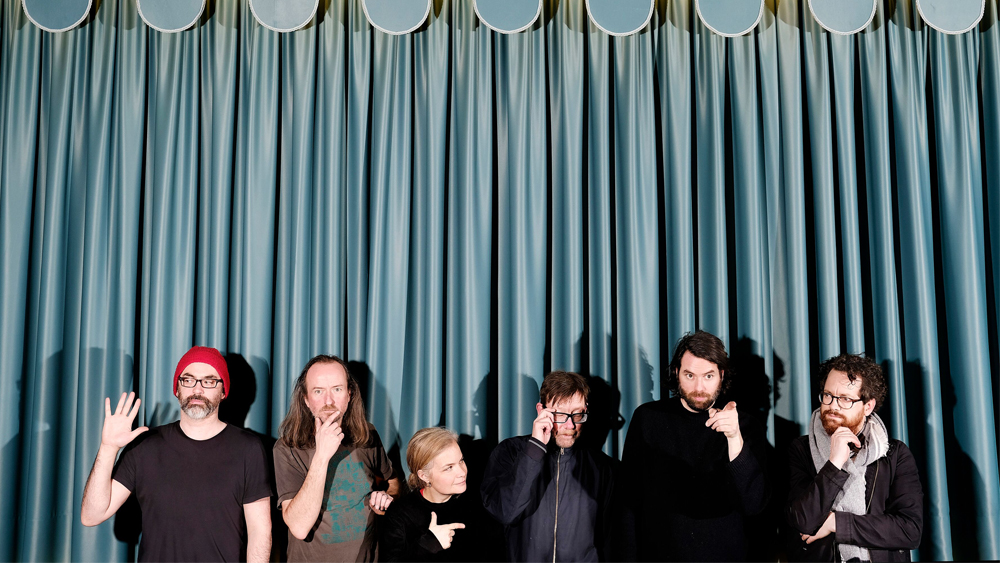 Sam is ruminating on the term folktronica, a genre his band – alongside acts like Four Tet and Caribou – are often charged with pioneering.

Having formed Tunng in 2003 with Mike Lindsay, the band’s membership grew and a slew of inventive records followed over the rest of the decade.

Then last year Tunng reconvened with the original line up for the first time since 2007’s Good Arrows for the critically acclaimed, Songs You Make at Night.

That project appears to have sparked a little self-evaluation in the band as they have just released This Is Tunng...Magpie Bites and Other Cuts? a crate diggers delight of remastered 7”s, special editions, b-sides and hidden tracks.

Here we chat to Sam about the motivations behind their latest release, his relationship to traditional folk and what the band have in store for their upcoming shows…

What motivated you to gather together these rarities at this point?

Our label suggested it after coming to see a recent live show where we played Bodies. It's been a key song in the set for years but was only released as a bonus track on a limited run of CDs a decade ago. There were quite a few younger people in the audience who were discovering us for the first time through the new album. We thought they might like to be able to hear some of the older tunes like Bodies that you couldn't get anywhere else.

How did you go about picking the tracks?

It was more or less a case of rummaging through drawers and dusty old hard drives and seeing what we could find. We weren't able to include an old rarity The Maypole Song because all we could find was a mega scratchy old copy on lathe cut vinyl in someone's underwear drawer.

Do you have a favourite non-album track?

We've all got our own favourites, but I like Bodies and Heatwave.

Is there a common thread as to why these songs didn’t make it on to albums?

Too odd or just not in keeping with the rest of the album we were making at that time.

This release follows last year’s Songs You Make at Night, made with the original line-up. How was that experience?

I loved it. It was special to be back in amongst everyone again.

You’re often referred to as one of the pioneers of folktronica, how do you feel about the term and your place within it?

Probably everyone in the band would answer this question differently. It makes sense as a description of music drawing on both folk and electronica. We've got a few other influences as well. I'm not sure how we fit into it all, but we were very lucky to be doing what we were doing at that particular time. It created a lot of opportunities for us.

My songwriting was quite influenced by it. Especially some of the darker and/or natural world imagery. Mike played me The Wicker Man sound track early on which draws on trad folk heavily and that was a big influence on us.

How do you feel about the folk scene in the UK at the moment – are there any artists you are particularly excited about?

Collectively, who or what is Tunng’s biggest inspiration?

I think between us we have so many influences. Ash used to be in a shoegaze band (Chapterhouse) and is a brilliant composer and arranger; Martin is an amazing classical pianist and multi-instrumentalist; Becky loves classic soul and has really eclectic taste and Phil is an expert in unusual electronica and leftfield oddity. I think we're lucky to have Mike as a producer who can take such disparate influences and somehow unite them and make them sound like the same (pretty strange) band.

What can we expect from your forthcoming summer shows?

It's the power hour! Just the tunes we like to play the most and that we've found that festival audiences seem to respond to in the happiest most excitable way.

What’s next for Tunng?

We've got lots of ideas so we're talking about possibilities and dreaming up our next move.

This Is Tunng...Magpie Bites and Other Cuts is out now on Full Time Hobby.