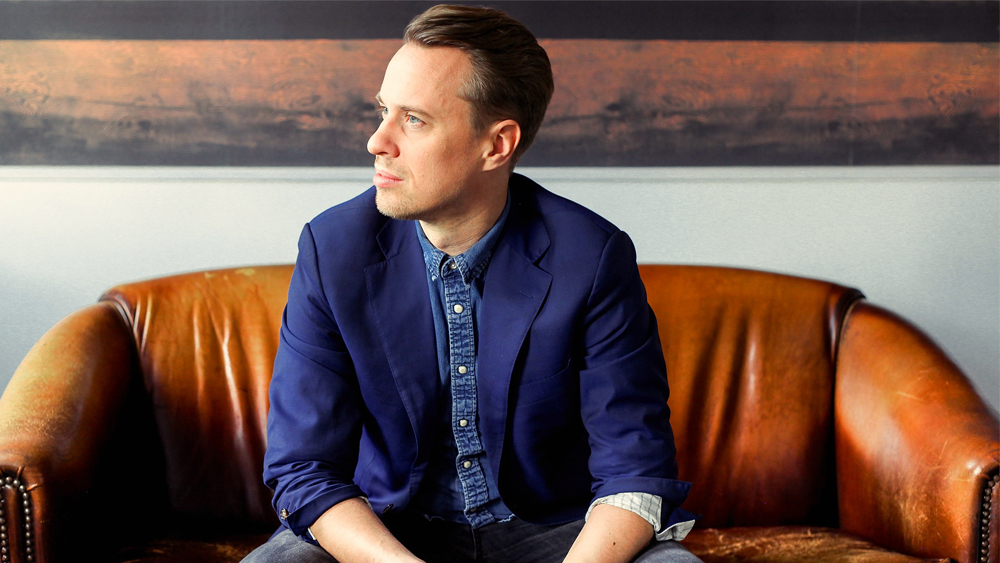 ‘I get a kick out of creating something uniquely special with everyone I work with, and because I'm so interested in every aspect of music making, I like to dig deep whilst keeping a healthy respect for the heritage of different styles.’ Says Troy Miller of his varied career.

‘I get a kick out of creating something uniquely special with everyone I work with, and because I'm so interested in every aspect of music making, I like to dig deep whilst keeping a healthy respect for the heritage of different styles,’ says Troy Miller of his varied career.

The multi-instrumentalist, composer, conductor and producer takes as liberal an approach to genre as he does to his function in making music.

Troy trained at the Guildhall School of Music – where he is now a visiting professor – and his subsequent conducting roles have seen him work with London Symphony Orchestra, Philharmonia and BBC Concert orchestras, to name a few.

On the flipside, his early forays into music were as a drummer touring and recording with Amy Winehouse, Mark Ronson, and Roy Ayers.

In addition to his classical work he has also established a successful career producing records for artists like Laura Mvula, Gregory Porter, and Jamie Cullum.

Ahead of his reimagining of Gershwin’s work at the Royal Festival Hall in February, we chatted to Troy about the many hats he wears and the challenges and rewards of working across genres…

Alongside composing, producing, writing, and conducting, you’re also a drummer: was that the first instrument you got your hands on and does it remain a favourite?

Once a drummer, always a drummer! But it wasn't my first instrument. I started on piano at age 7 and did all my grades, but playing drums was always a passion. I’ve toured for nearly 20 years with some legends – and I say that with a great deal of gratitude: Amy Winehouse, Roy Ayers, Chaka Khan, Mark Ronson, George Benson… It was harmony that first attracted me to music but my ability to play drums keeps me sharp in the studio!

How did your collaboration with Laura Mvula on her Ivor Novello winning record The Dreaming Room come about?

I met Laura whilst recording her first album Sing To The Moon. We really hit it off from day one and became kindred spirits. She started coming to my studio more and more to record, initially working on music for films and side projects, but then she asked me to produce the Dreaming Room and it felt like a very natural extension. I feel very proud of where we arrived conceptually with that album, and we worked so hard to cultivate a new but cohesive sound. It has paved the way I approach some other producing and writing environments.

What do you get out of producing records like those you’ve worked on by Rag n Bone Man and Gregory Porter?

Ultimately there are three things that I always have in my sights: one, Realising the artist's dream, both on a musical and emotional level, two, having a pithy, powerful message behind the music and lyrics, and three, creating something to the highest possible level and meaning it!

The pay-off is you know it's helping people and giving them Joy or expression. When I get to feel that on stage as a drummer or MD with the artist, it gives me an adrenalin rush. It's always a surprise when other people dig it the same way you do, but I'm quite unassuming like that!

How different is the creative process when working on a record like Laura Mvula’s compared to conducting the London Symphony Orchestra?

I see them as quite similar creatively speaking – I try to access a childlike, intuitive spirit. However, the disciplines are very different. I have spent an awful lot of time studying music to as high a level as possible – for example, studying classical music at the Guildhall, and I used to handwrite scores. None of that is useful when you are making a record, you really have to access other parts of your brain or heart to get to the essence of what you are creating. However, my journey has always been a case of learn a lot and then choose to ignore it! It also keeps you humble and aware.

How do you manage the many facets of your career in music?

I have a wonderful team helping me with that. Cathy Mathalone from Conchord has really championed my production over the last few years. Moema Parrot at Polyarts has been extremely supportive across the board and has particularly helped develop the orchestral strand to what I do. I have a very encouraging, pro-active and eclectic publisher in Sarah Liversedge at Bucks Music. I'm also grateful for the belief from lots of A&R at labels.

I will always be deeply rooted in songs as I grew up on – Bob Dylan, Queen, Bob Marley to name a few. However, my obsession with classical music as a child, coupled with playing in church my whole life, will always permeate my creativity. I got into jazz music as a teenager and really dedicated thousands of hours in pursuit of the roots, but the thing that binds all these things together for me is my spiritual journey and my belief in God. That overrides everything really!

What are the challenges of switching between genres?

It used to be difficult but, once you have steeped yourself in knowledge and the many disciplines and you're dedicated to respecting the heritage of the genre, then it frees you up to concentrate on creativity. I'm also crazy about recording as an art form too, as it massively affects how the music comes across. I have a Neve console at my studio and a growing collection of analogue gear and microphones that also heavily inform my approach to producing. There are pitfalls of course to working across genres but I've found that listening is key.

It feels different every time I sit down to write, produce or play. I get a kick out of creating something uniquely special with everyone I work with and, because I'm so interested in every aspect of music making, I like to dig deep whilst keeping a healthy respect for the heritage of different styles.

Obviously writing the Calvin Harris / Rag n Bone Man track Giant was a very different experience to working on Gregory Porter's album Liquid Spirit, but you always search for the same feelings you had as a child when you first heard music and were besotted. Every artist has their own unique approach and, when you're sensitive to that as a writer/producer, then it will be a road of discovery for everyone!

You have a concert coming up, Gershwin Reimagined, that seems to combine many of the styles of music you work in. What should audiences expect?

It's purely an orchestral project but featuring soulful singers Laura Mvula and Shaun Escoffery. I wanted to re-imagine some of Gershwin's timeless songs and really feature the orchestra a little more. So, it's cinematic, colourful and dramatic but keeps the integrity of the songs.

He is someone who's musical roots were deep. He explored the orchestra and also knew how to write songs. It felt like a very natural vehicle for exploring sound worlds within song form.

Do you have anything else in the pipeline?

I'm currently finishing producing Emeli Sandé's new album, due for release later this year. I have also produced albums for Jamie Cullum and Shaun Escoffery, which are scheduled to be released this year also, so lot's going on!

I'm also doing a short tour with Stewart Copeland from the Police, as I arranged some of his film music and Police songs for orchestra and drums. I'll be mostly conducting that, but we are planning a cheeky swap during the gig to keep the audience (and us) on their toes!

Pino Palladino played me some of his new album (not released yet) and it blew my mind!

Can you tell us about your relationship with Bucks and what makes a good publisher in 2019?

I've been with Bucks Music for just over two years now and they have been extremely supportive and encouraging. Sarah Liversedge is also a wonderful person and has always nudged me and stretched me creatively. They are so musically aware as a publisher and pro-active in a no pressure kind of way. It takes a lot for a publisher to be across the business but, at the same time,
sympathetic to freedom in creativity.