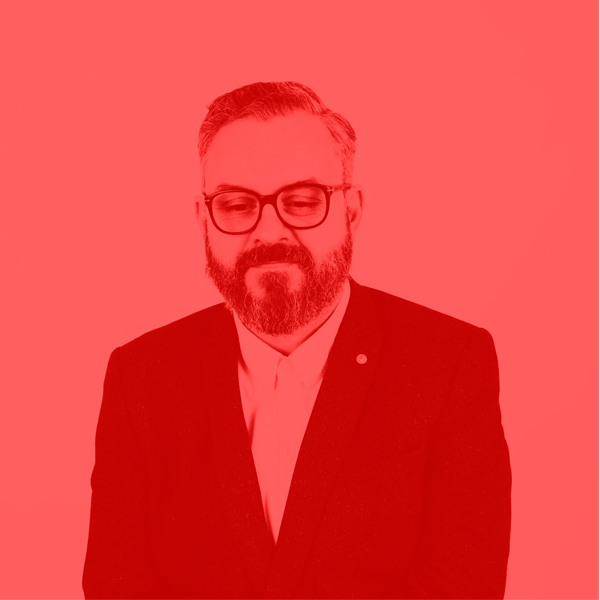 After ten years in dance music Tronik Youth is gearing up to release his debut LP - we get to grips with the new record and label Nein.

From discovering the Gossip to his new label Nein, producer Tronik Youth has had his mitts round the pulse of cooler leftfield sounds for the last ten years or more.

As a producer Tronik (aka Neil Parnell), has released over 75 remixes and 25 singles while helping run Back Yard Recordings, the imprint behind the Gossip and Chromeo.

His most recent project is Nein Records, a new label devoted to all things electronic, running the gauntlet from acid to cold wave. With a prolific release schedule, it’s quickly become a hub for talent both old and new, acting as a vessel for music from Heretic, Emperor Machine and DJ Rocca.

At the same time, Neil is gearing up to release his debut LP as Tronik Youth, Youth is Wasted on the Young, an eleven track homage to the analogue sounds he’s so in love with. We caught up with Neil to get to the bottom of the record and Nein’s relentless commitment to exposing electronica’s talented underbelly…

I remember twiddling the radio dial to find the FM signal as a kid. I could hear two records playing at once and but thought the signal had gone weird. But it was Peel playing Grandmaster Flash’s Adventures On The Wheels of Steel.

As a little kid in Kent, I hadn’t a clue what was going on. But I forced my mum to take me to London to get a copy. That was it. From then on I was just obsessed.

I’ve DJed since the eighties off and on but not in any career kind of way. I’d never really thought about making music. Now we’re in an age where you can make music on your laptop or phone - but then it was tougher.

A friend of mine ran Backyard Records and I fell in with him. Between us we found and signed the Gossip. I tried my hand at doing a remix and suddenly I was just totally hooked.

What’s the thinking behind your new label Nein?

Recently, my mate Iain really wanted to get back into music. There’s so much good stuff about so we decided to set up the label. I’ve never been more excited about music I’ve got to admit. The plan was to release a record every couple of weeks over the year, then slow down. It’s got to the point now where we’re releasing two a week.

We’re working with some great people - Heretic, Two Mamarrachos, Jonah Considine - but that was the plan. We just wanted to make an impact, but the only way you can do it is by being the best you can, as often as you can - that way you get more visibility. We wanted to be someone like Kompakt. You might not like every release but you know it’s a great label.

Have you found artists responsive when you’ve approached them?

I knew it’d be hard from the start but once we’d got a bit of hype, some PR push, I knew we’d be okay. And we’re now at that situation where people come to us. Now when I email someone, they’ll pretty much respond which wasn’t the case a few years ago. You can see that there’s been a shift. It’s good but it was an uphill struggle at first.

How did you make your own artist album?

I never really thought about doing an album as you can get as much traction from doing 12s as an LP. But I had two friends who did full length records. They went down really well and took them to another level music-wise. It showed off their influences - krautrock, more ambience - outside the club. It’s helped them go up in critics’ estimation. If I want to be taken seriously, I thought an LP would help. The rest of this year has been spent working towards this full length record.

I did a couple of tracks with Gabe from Factory Floor - he’s like a machine on this kind of krautrock, weirder tip. But the LP is really varied from the first electronic music I was really into such as Kraftwerk to more club and cosmic sounds. I wanted to make sure I wasn’t confined to the sort of sounds that would make people dance.

Originally it was in a big studio and I was overwhelmed. Then I moved onto a laptop and started using plug-ins. On making the LP, I decided to build a little studio and spent two months learning how to use my new kit, a drum machine, 303 and a few other machines. Then it was literally tracks flying out left right and centre. I’ve probably got half another record in the bank too. So it was good for me, working in a different way, being more spontaneous. I’m now constantly thinking about the next synthesiser I want to buy.

Which artists you’re really excited about?

We’re working with Tim Heretic, one half of Eskimo Twins, and I’ve always been a fan - same for Andy Meecham from Emperor Machine. I’ve loved his music since he was in Bizarre Inc. He’s basically never made a bad record. The first time I ever met him I spent most of it trying not to be a fan boy. But him releasing a record with us is like being a Man U fan and having a kick about with Ryan Giggs. But that’s the great thing about music. It can happen.

Everyday I wake up and feel like it’s a dream to work with these people. That’s our mindset. Trust us. We want people to go to Beatport, see it’s Nein and know it’s a mark of quality.

Tronik Youth's Youth is Wasted on the Young is released 20 July. The Nein Oh Nein compilation is out now.