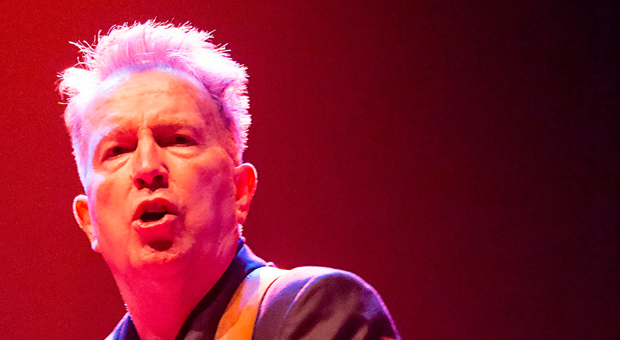 ‘It gave me a complete hard on for music again’ - veteran punk, Tom Robinson on his new LP, broadcasting and health of the music biz…

Inspired by the new music he’s heard through his BBC 6 Music show, veteran punk-turned broadcaster Tom Robinson has decided to return in 2015 with his first new LP in twenty years.

Only The Now is the album, a record made with award-winning producer and multi-instrumentalist Gerry Diver, plus an astonishing cast of characters - John Grant, Billy Bragg, Martin Carthy, Colin Firth, Nadine Shah, Sir Ian McKellen and Nitin Sawhney all feature.

Tom’s career started in 1975 and he enjoyed chart success fronting his own Tom Robinson Band with hits such as Glad To Be Gay and 2-4-6-8 Motorway. More recently he’s become known for his broadcasting across the BBC but this year has marked his return to the musical fray with his first new music in decades. We caught up with Tom over the summer to find out why he’s once again got ‘a hard on for music’…

How did you first become embroiled in music?

I was born in 1950 so remember my big brother coming home with Bill Haley’s Rock Around the Clock in 1955/56. But the first music that was really my own was Manfred Mann. I became a fan of them, while the Beatles and the Stones were part of the oxygen we all breathed back then.

The first time I was inspired to start making music was by Alexis Korner, Coming down as an old boy to Finchden Manor where I pursued education in my late teens and seeing Alexis, a man in his 40s with floral shirt, grizzled hair, strapping on an acoustic guitar in the middle of a crowd of people in a study and singing was mind blowing. Until then singing meant having a mike, being on a stage. You’re up there, they’re the audience. Alexis cut through all that - that direct heart-to-heart communication was when I got it.

Did you always want to write your own songs?

In the late sixties being a singer songwriter was the thing to be. I started writing but it took a while before I’d written a song I’d dare sing in public. As a songwriter, the best advice I had was being to be unafraid of writing rubbish. Nine pieces of crap will result in one good piece of work.

What was the first moment you realised that you were onto something with your writing?

My first band started doing the folk clubs and Ray Davies came down to see us at the Troubadour. He signed us to his record label but later we realised having a deal doesn’t mean anything. What matters is having an audience.

Only the Now is your first release in 20 years - could you explain why you decided now was the time to return?

A combination - I turned 65, my kids grew up and I met Gerry Diver. I discovered he was making all this music I adore, I bumped into him at the English Folk Expo and watched him perform with Lisa Knapp. He plays violin live like a chainsaw, such a wild punk energy. We conversed over Twitter and started from there.

I’ve had all these songs on the back burner but I’ve got a family, radio and I’d really had enough of touring. As you get older it gets physically harder so I was delighted to come off the road and immerse myself in music as a broadcaster. It gave me a complete hard on for music again. The downside of that was it daunted me to make my own.

But I got bored with the old sounds I used to listen to and make. I was really proud of War Baby and 2-4-6-8 Motorway but I wouldn’t listen to them now. Gerry was able to interpret my songs in a new way and make them sound bang up to date. It’s taken seven months to make this record and shows you how much we’ve put into it. 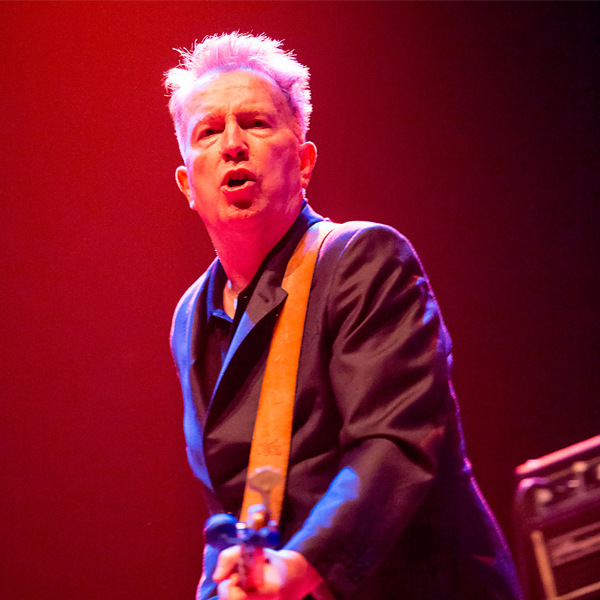 Do you still feel the same songwriting urges?

I’ve never stopped writing. But the impetus is now different at the age of 65. I was keen to not make something nostalgic. I strongly believe the good old days are now, hence the LP title. The future is unknowable and the past has gone. All we have is this moment.

Are you looking forward to going on tour?

I’m most excited by the band line up. Gerry on chainsaw violin, Faithless drummer Andy Treacey, Lee Forsyth Griffiths on vocals. He’s a gay Mancunian soul vocalist discovered by Trevor Horn in the late nineties. Guitarist Adam Philips. He’s got a wild edge to his playing and can really unleash the inner anarchy, like a civil servant being let loose with a wrecking ball.

Do you think music is in good health at the moment?

There’s never been a better time for gifted new artists to get heard. Home recording when I started out was unknown. Today if you write the next Champagne Supernova or Crazy, one of those instantly mad, brilliant records and put it on your YouTube channel, the world will beat a path to your door. But then can you make money from music? My feeling is although the revenue streams are mutating constantly, I’m not convinced that the good old days of the record industry were any better now because the record companies used to take all the fucking money. They over charged the punters and under paid the artists for what they were selling. The hope for the future is the closer links between the creators and the consumers.

There’s no way I could have afforded to make this record out of my own pocket and no record company wanted to touch it. It’s due to the PledgeMusic campaign that I was able to do it. That’s only because of direct communication with our fans.

I think that’s quite hopeful sign but that’s not the end of the story. It’s the wild west – it’s an exciting time. Who knows what’s going to happen? It’s important that PRS fight for our rights. It’s important that writers join BASCA and the Musicians’ Union and really put their weight behind it. It’s really worth encouraging young musicians to join.

Have you any songwriting advice?

It’s all about the song. I’ve somehow managed to sustain a 30 year career as a recording artist, basically off the back of two songs. There were supplementary songs but there were single songs which gave me a career. If I hadn’t written those two songs, I wouldn’t be talking to you now. So in a way songwriters do everything other than write sodding songs. Being faced with the blank sheet of paper is really hard. But you need to religiously do it to get to the great songs. Unless the song is right, then all the other strategies for getting heard don’t count for anything.

Only the Now is released on 16 October. Tom is also the recipient of a Gold Badge Award at this year's awards.