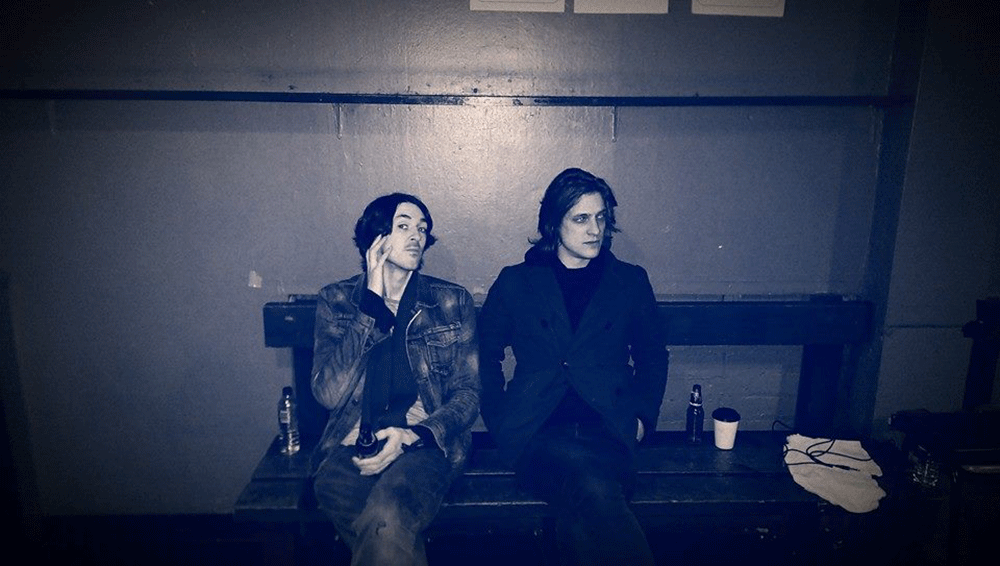 'We pretty much did what everyone says you shouldn't and started cold calling': Tin Sounds, the composers behind the BBC's hit kids' show Hey Duggee, on how they got the gig and what happened next...

Tin Sounds is a music team specialising in original composition for film and TV, commercials, sound design and songwriting.

They created the BAFTA and Emmy Award-winning BBC series Hey Duggee, now into its second series, as well as releasing an album of music from the show.

The composers – who like to remain fairly anonymous as they have other musical projects on the go too – have also worked with brands including Innocent, Budweiser and United Airlines.

Here, we get the skinny on making music for kids’ TV from Toby, one of the creative forces behind the outfit…

What led to you launch Tin Sounds?

We came from a background of being in bands and writing original music. We were in a band together at the time of forming Tin Sounds but both of us were already writing independently for advertising, TV, film and online media, so it made sense to join forces and broaden the range of styles we could offer as a team.

How did you get the gig working on Hey Duggee?

We pretty much did what everyone says you shouldn't and started cold calling. We basically sent our showreel to whoever we could find. We had few contacts at that stage and no one knew who we were, but somehow our reel landed on the desk of the show's producer who invited us in to pitch.

It was super lucky really as we were up against very experienced agencies, having never done any TV work really, let alone a series. And luckier still as the said producer told us she never opens unsolicited emails but somehow decided to click on ours and have a listen. The production team said they wanted something a little different for the music for the show and we ended up winning the job after some pretty intense rounds of pitching.

How did you come up with the distinctive music for the show?

This has been a collaborative process with Studio AKA. They often steer us in an initial direction which isn’t always totally defined and we then interpret that direction musically as we see fit, often providing alternative musical ideas/tracks for any one piece. Once settled on a direction we refine the music with the writers of the show based on their feedback.

What the show is so good at is obviously making it fantastically engaging for children, but also something parents really enjoy. We get a ton of emails from parents saying they love watching the show, someone even asked for a song to be played at their wedding.

The team always give us interesting references to begin the music work, such as The Doors, the Alien soundtrack, Kraftwerk, ska, hip-hop, and we build from there. We play all our instruments, and just really enjoy making it, and I think that comes out in the show - it's all made with care and love and there's never been a whiff of the manufactured, by-numbers approach you might expect from a lot of this kind of work.

Did you write to picture? Or to brief? How does the creative process work?

We always write to some form of visual for Hey Duggee, although this is given to us in various stages of development. Sometimes the visual is near to what you see in the finished episodes whilst other times the visual is at the sketch stage. A more specific brief often develops from there.

We'll go in for a meeting and see the new episodes, often with a guide track that suggests the kind of mood/energy/tempo they're after, and then we'll go to the studio together, mess around a bit and get back to them with some ideas. They will then usually pick one that's working for them and we'll start refining.

Most of the pieces are fairly short so we can usually offer a number of different ideas at the start so they have some options before we hone in on one direction.

How does the process of applying the music to visual work?

We are given developing edits of the visual which we write the music to. The music is written to sync with various timecodes in the visual but as the music and visual develops from both sides, this process becomes more refined and specific.

A good starter is to get the tempo right so they can edit to that, and then we're free to play around and add details as the team develop the animation further.

As the show has gone on, we're starting to work on some episodes that are more complex, where the music is leading the story in some points, and those longer pieces require a lot more back and forth between us and the editing team.

What is needed for a successful children’s TV theme?

It’s important to keep the music exciting. Use memorable motifs, repetition and be original! Tapping into one’s inner child often helps too.

Choice of instrumentation is also key. In the case of Hey Duggee there has always been a stress on using a wide range of instrumentation and keeping the sounds as organic as possible - except when the brief is techno. So it's important that the music conveys a sense of identity, of capturing the voice of the show, so to speak, and also must of course be memorable.

What other projects are currently keeping you busy?

Mainly to continue building Tin Sounds! We’re currently still working on the latter part of series three for Hey Duggee but we have some really exciting upcoming projects for Tin in the pipeline!

We’re both still working in the band world too, and as always with musicians and producers, a varied work flow is healthy and often one thing feeds into another.

What would you advise music-makers about how to get into this world?

Never give up! Honestly, that's the main thing - there's no easy route in, we were told all along the way that it's super competitive and unreliable and we shouldn't expect much, but you just got to stick at it. We basically got very lucky but we wouldn't have got anywhere unless we were putting ourselves out there and trying to get heard.

The one thing you can control is how good you are and how much time you put in to being better and being heard. I think a really good way to begin, if you're making your own music and doing other stuff, is to start building this side of things early. It's not a business you can or should expect to jump into and have a career off the bat. It needs time to grow and a good way to do that is if starts out as your side hussle and you can grow it from there. So keep writing, actively look for opportunities and just get out there!