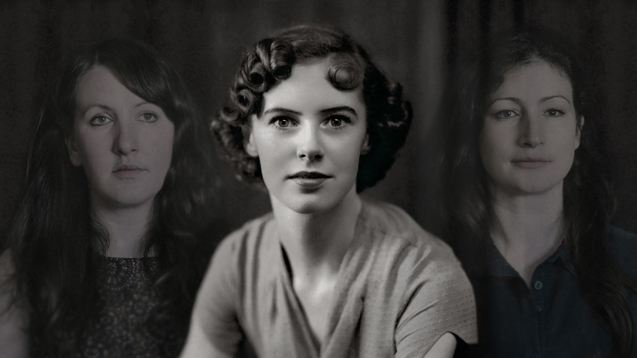 ‘We’re like magpies, always looking for songs and inspiration in different places’ - folk outfit The Unthanks on their evolving sound and reinterpreting the songs of Nick Drake’s mother Molly…

Weaned on traditional folk styles, The Unthanks have always done their best to push the genre into new musical worlds, working with everyone from Orbital’s Paul Hartnoll to the Liverpool Philharmonic Orchestra.

Formed in the mid-2000s by sisters Rachel and Becky Unthanks, the duo were joined by producer and songwriter (and now Rachel’s husband) Adrian McNally to become a prolific musical force. They've since picked up plaudits at every turn over the course of numerous albums and projects including the rapturously received Mount the Air album from 2015. How Wild The Wind Blows is their latest adventure, an LP and accompanying tour seeing The Unthanks explore the recordings, songs and poems of Molly Drake, the mother of Nick Drake.

The project has gone ahead in part thanks to the support of Nick's sister Gabrielle Drake, who has contributed readings and recordings to their audio-visual tour. We caught up with Becky from the group to explore this latest endeavour and more...

From a very young age, myself, my sister and brother were huge fans of music, festivals and singing. Singing was always a really big part of our family life. We’d go to the Cambridge Folk Festival every summer as our family holiday. Our parents would teach us songs in the car to keep us occupied. And at family parties, everyone would do a turn. I never thought we’d end up doing it as a job. But it’s been a big part of our relationship as sisters. We always sang together.

Rachel was about 25 when we made our first LP, and I’d just gone to uni. She had finally admitted to herself that she wanted to be a singer and make an LP. In the folk world it’s so informal, the line between performer and audience member is very slim and changeable. Anyone can play or sing, as it’s a very friendly and accepting environment. I just floated along with it but the older I’ve got, the more I realised that it is what I want to do. It’s our whole world.

How has the group grown over the years? The sound has gone far beyond the traditional world of folk music…

Meeting Adrian was really key to that. He’s now married to my sister, he’s our piano player and produces all our albums. He kicked us into gear really and made us take it more seriously.

His musical influences are quite different to ours in some ways. Although it turns out we love a lot of the same stuff. And that was something we really bonded over. His arrangements and interpretations helped turn our music on its head a bit, or at least present it in a way that’s not in the folk vernacular. Me and Rachel look at songs in quite a similar way in the sense that a good song is a good song, it’s just about telling that story in the best way we can. But ultimately, the song is always king and the music shouldn’t get in the way of that. At the same time, it's nice to choose different colours in which to paint our music.

Could you explain a little about this new project - what inspired it?

We came across the Molly Drake album as Gabby, who looks after the Nick Drake estate, we met at one of our gigs. We’re like magpies, always looking for songs and inspiration in different places and were just so struck by Molly Drake's beautiful songs. They’re so bitter sweet and insightful. They’ve got their own identity but there’s also something very classic about them. She seemed to have great empathy for the human condition and the way she phrases things rang true with us. We really felt a strong relationship with her and her music and I’m sure other people will too when they hear her songs.

Was it daunting working with the material?

Yes in a way but we never tried to think about it like that. As folk singers, we’re always singing other people’s songs, it’s all about getting inside them and seeing where it takes you. With anything you’re never going to be able to guess what people want so, when taking on a project like this, you need to trust yourself and go with how you feel.

We did a couple of concerts last year, one with the Liverpool Phil and Charles Hazelwood’s orchestra, which is the first time we’ve done something like that. We recorded the shows with some new songs and old material re-imagined and are planning on releasing it at some point.

We’ve got a lot of music knocking around too which would be nice to turn into a regular Unthanks album too. We’re also involved in a play with Maxine Peake and heading over to Canada later this year.

Have you any views on the health of the folk scene?

I think the scene is very healthy as far as I can see. In Newcastle, there’s a folk degree course at the university so a lot of musicians and folk fans have moved here. But all over the UK, I feel like there are a lot of people playing, singing, dancing.

The only thing I know is the right thing is to be true to yourself and trust yourself. And Try not to let ego get in the way of the music.

The Unthanks are currently on tour until 28 May performing the songs of Molly Drake.

Diversions Vol. 4 - How Wild The Wind Blows: The Unthanks Perform The Songs and Poems of Molly Drake is due for release in late May.

Visit The Unthanks website to find out more about the group’s live dates and future projects.