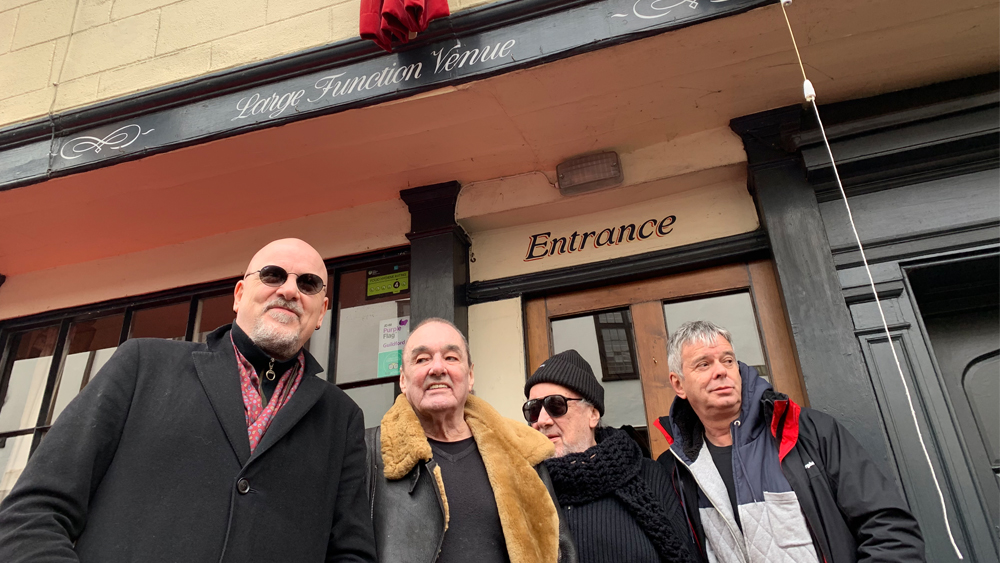 Originally known as the Guilford Stranglers, the punk-provocateurs responsible for hit’s like Golden Brown and No More Heroes, remain synonymous with the Surrey town.

Originally known as the Guilford Stranglers, the punk-provocateurs responsible for hit’s like Golden Brown and No More Heroes remain synonymous with the Surrey town.

Earlier in the year PRS for Music chose to recognise the area's importance in the band’s history by presenting the Star Inn, the scene of the band’s debut gig, with a PRS for Music Heritage Award and plaque.

45 years later and the band are still going strong having just kicked off their UK tour, which runs until the 30 March, before they take their show worldwide in May.

Watch our interview with the band at the site of that debut gig where they talk about their memories of that night, why they still love playing live, and their legacy…