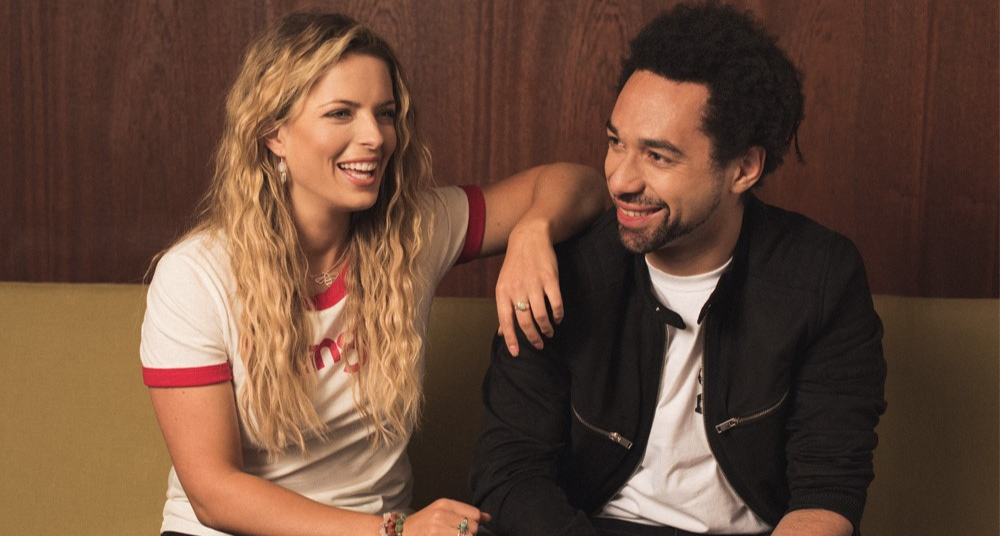 ‘This feels like the best record that we could have made right now.’

Ben Earle formed country-pop duo The Shires with singer Crissie Rhodes in 2013, and the quickly became the first country act to chart in the UK to chart in the Top 10 with their debut album Brave.

The band have followed a steep trajectory since, with their second album becoming the fastest-selling UK country album in history on its release in 2016. The following year the duo became the first UK act to be awarded a prestigious Country Music Award (CMA) when they received the Jeff Walker Global Artist Award in 2017.

The Shires remain Britain’s best-selling country act and are set to build on their successes with a brand-new album, Good Years. Their fourth album was preceded by the single New Year and news of an upcoming UK tour featuring more than 20 dates across the British Isles.

Ahead of the release of their new record and subsequent tour, we caught up with The Shires for some album insight and to find out how it feels to be a UK country duo in Nashville.

What was the thinking behind Good Years?

Ben Earle: ‘It’s funny because we don’t think too much [laughs] what we do is just write. Naturally, this thing just makes itself clear. We had about 50 songs to choose from. We spent time at home with ours families and had quite a quiet year. So, naturally it’s become a lot more reflective.’

Do you have a very set songwriting process?

Crissie Rhodes: ‘We approached it in a similar way that we always have, really. Like Ben said we had 50 songs to shift through, which was really hard going. There’s basically four of us that get together — Ben and I, our manager and our A&R guy — we all listen to the songs and put them into our own categories; definitely, maybe and no. It’s such a hard process because each song brings something different.’

Ben: ‘I had a goal of writing two songs a week. It doesn’t sound like much but it’s really hard. I managed it. It was like going back to when we first got together. You’re just going for it and want to get the very best. Somehow we rediscovered that excitement. It’s not that we never had it, but it was just getting back to the basics of loving what we do and making the very best songs that we can.’

What was the experience of recording the album like?

Crissie: ‘We absolutely loved recording the album. We recorded it with our producer (Lindsay Rimes) who did our third album in one room, just the two of us and our producer. It was so chilled and so relaxed. I feel like that’s when we are the most creative. It didn’t feel like there was a lot of pressure with loads of people surrounding us and having to get things done to set time scales. Lyndsey really understands us as artists and the sound that we want to create.’

What was inspiring you while you were making the record?

Crissie: ‘Lady Antebellum have kind of gone back to their roots as well.’

Ben: ‘We thought, let’s not chuck everything at it pop wise. Let’s just let the song breathe a bit more. There’s actually a lot less instruments on this album. And we were very lucky with the songs — because we poured so much into the songwriting process.’

It’s really humbling and gives you a sense of responsibility in a way that you want to write songs that mean something to people.

How does it feel to have been embraced by Nashville as a UK act?

Crissie: ‘I think we’re well established with a lot of the songwriters in the community over in Nashville. But we are still yet to promote ourselves over in America. We recently signed a record deal with BMG and they have other record label based over there called Broken Bones, so we’re hoping that this time we might get a chance to release some music out in the States and show people what we’re doing.’

Ben: ‘It’s funny though, when we first started it was like, ‘you’re from England?’ It was a really unusual thing and now there’s so many Brits there. We probably get recognised there more than we do in the UK. They’re very, very welcoming.’

Have you ever faced any kickback from the country music community?

Ben: ‘I can’t think of any. We’ve been nervous before playing some of the bars in Nashville. We played a place called Pucketts where a lot of groups come through. We sang our song Nashville Grey Skies and we thought, will they get this? And they did. I think it’s the ultimate form of flattery that people from the UK and Australia are making country music. We’re trying to make it our own, but obviously it’s such an American genre.’

Crissie: ‘I think in the early days, when we first got together, Ben and I were the only two people that liked country music at the time. And we started writing together and it was amazing but our manager was like, ‘let’s be honest, country music’s not really cool over here. But I kinda like what you’re doing.’ And then he took it to Radio 2 and they started supporting us.’

How do feel your music has evolved since Brave?

Ben: ‘I think with Brave, when I listen to it, I still feel that complete naiveté. We were just so excited to be making music. It has no cynicism.’

Crissie: ‘We weren’t writing with anything in mind. You don’t think, should there be a big chant in this? because on stage that would be really cool. They’re all the things you start to consider.’

Ben: ‘When we started to get a bit successful, particularly on the second record — Daddy’s Little Girl for example which Crissie wrote — we started getting all these stories of people saying this song meant so much to them. It’s really humbling and gives you a sense of responsibility in a way that you want to write songs that mean something to people.

‘You have to write something that is so specific to you that then becomes universal. The songs that haven’t made the album are ones that we have tried to write for people. It doesn’t work like that. I see so many artist doing it — writing what they think they should be writing.’

What’s your take on the UK’s country music scene?

Ben: ‘There’s not been so many people that have broken through over the last couple of years. When we first started it was us and Ward Thomas and I don’t think it’s arrogant to say we both kind of opened the door. I think we did a lot of things that people didn’t think could be done in UK country.’

What have you got lined up for the rest of the year?

Crissie: ‘We’ve got promo for the new album and then shooting some music videos and some live versions of the new album as well. And then putting together the tour, so that’s exciting, sorting out all the lighting and talking to our band members about what we’re going to do musically to create a whole new show out of that. We’re definitely ready to put some new music into the set. It’s going to be fun playing the new ones.’

Ben: ‘We’re going back to the Palladium which is such a great venue. Everyone’s so close to you. I think it’s the longest tour we’ve ever done. Our manager said to us very early on, ‘I’ll put you on wherever,’ and we said we’d play anywhere. I think there’s more people outside the M25 than in. Sometimes people forget that.’

Good Years is out 13 March via BMG