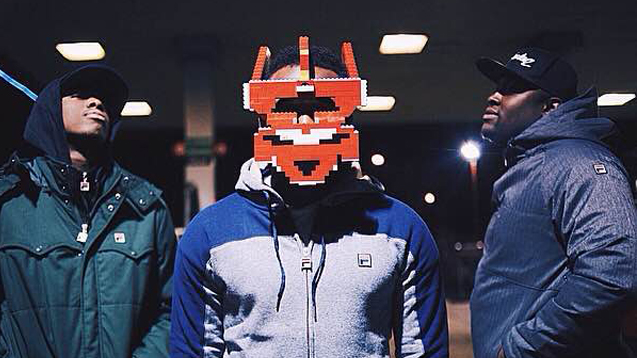 ‘Why can’t we do a session with Beyonce and get P Money on a track?’ We speak to hit makers The Heavytrackerz on how they’re taking grime to the masses…

With hits for Stormzy, Meridian Dan and Section Boyz, production team The Heavytrackerz have helped bring grime to more mainstream ears over the last few years.

Originally formed by Teddy and G Tank in the early noughties, they’ve really come into their own thanks in part to a chance collaboration with Meridian Dan and his chart anthem German Whip. Now the calls for their services won’t stop coming and the Trackerz are eyeing up a new LP with a whole host of collaborators in an attempt to deliver a sucker punch to mainstream audiences. We caught up with Teddy to find out how they’re planning world domination…

How did you first get together?

We began by setting up our own bedroom studio, then hooked up with our third member in early 2012 and started sending music to DJs such as Logan Sam and DJ Cameo. That’s how the buzz began.

What was the thinking behind the Heavytrackerz sound?

We wanted to do something different with grime. We felt there were a lot of MCs but a lack of knowledge around song crafting. From the very beginning we wanted to get people into it who didn’t usually listen to grime. Our music has always been a little bit different, taking bits from classical music, with strings and piano.

You’ve worked with Meridian Dan and Stormzy (on Not That Deep)  - how did you end up collaborating?

With Dan, we had just been kicked out of our studio for non-payment. Which shows how broke we were. He got in touch saying he wanted to do an instrumental. We didn’t think much about it so picked something we didn’t really care about too much. Then two years later, in 2014, the track blew up. It was the first grime track to get in the charts for a while.

With Stormzy, one of our members is his engineer’s brother. We went to his studio and someone accidently left a USB there. Stormzy went to record at the studio, just went through some beats and found it and loved it. We weren’t too keen initially but again the track just picked up like wildfire.

Ever since, we wake up, check emails and the work won’t stop coming to us. 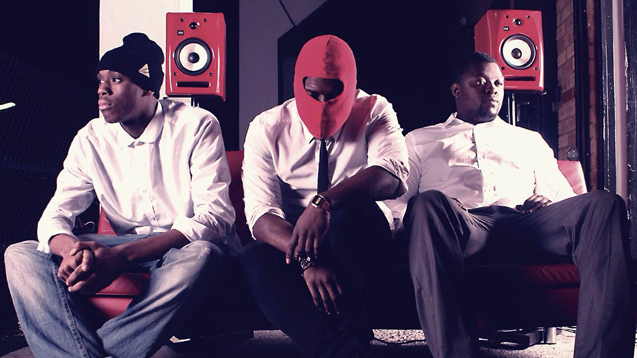 We’ve decided now to get the album going but we wanted to avoid working with same people we’ve already collaborated with. So we’re branching out with the likes of Bashy and some female vocalists on there. We looked at people like Major Lazer and Rudimental for inspiration with the record. They are great examples of bringing in new talent, plus getting a dosage of the old school. At this moment, we’ve got a lot of singers on the album, plus MCs we haven’t worked with.

Off the back of that, we’ve just worked on Katy B’s new single. That only happened as we asked Katy to work on the album, plus we’ve done remixes for people like Izzy Bizu. What’s happening now, is that we’re bringing what we’ve done to another audience. We’re reaching out to people who know grime but aren’t necessarily grime fans.

Why can’t we do a session with Beyonce and get P Money on a track? It’s not too grimy but it’s not too soft and can cross over into a wider audience. That’s at the heart of what we’re trying to do.

Why is grime music back in the spotlight?

People have realised that it’s an art form and here to stay. It’s been here for roughly 12, 13 years. Dizzee Rascal’s Boy in Da Corner was released in 2002/3. People have  accepted and adopted other versions of the genre. People have loved dubstep, two-step, and that sort of thing.

Grime has had police issues, the way it has been portrayed on TV and so on. What you have now, you have a generation of Shoreditch kids who are into it. Plus online has made it more accessible. You have to think back in the day we were talking pirate radio studios – you’d need to tune in to hear a Nasty Crew set on Tuesday evening and if you didn’t, you’d miss it.

So social media is driving it?

It’s the shows, plus social media. If you remember, So Solid and Pay as You Go were banned from performing. And now you’ve got Skepta sending a tweet, in summer in Shoreditch - I’ll be performing this free concert here - and it was rammed. With London, it’s such a grey place to be, when things like that happen, you want people to enjoy it and be part of it. It makes it easier for people to have access to them, people like JME, Wiley and Skepta. People are discovering more about grime now nd going back to previous artist. It's shifting to a point where it's almost not even grime anymore. It’s more like UK urban music. It’s becoming more than grime.

Check out our week of UK grime content on M online

Listen to The Heavytrackerz below.

https://soundcloud.com/theheavytrackerz
Features
Back to top