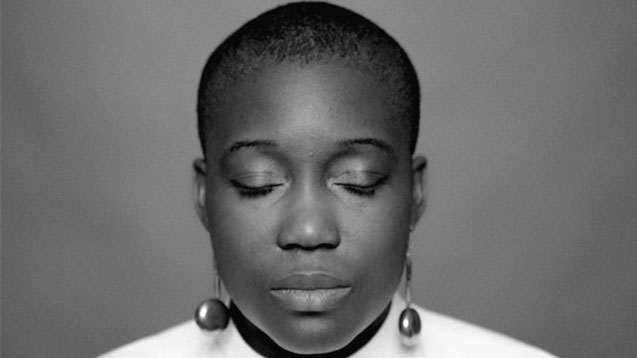 This year, multi-talented London soul artist Tawiah is stepping out into the spotlight after a long struggle to reclaim her artistic career.

Her debut album is expected at the end of 2018 and arrives after 10+ years in music, where she’s sung for Corinne Bailey Rae, toured with Mark Ronson, and signed to a management company and major label as a solo artist. The deals didn’t work out, however, and it’s taken five years to reclaim her independence and rediscover a confidence and clarity in what she creates.

‘There were times during that five-year process when I didn’t feel motivated, it was really tough,’ she says. ‘I had to come back to myself, before the deals and the tours, and remember what I do. When I was younger I had no care in the world, I was just doing my thing, writing songs and expressing myself. Getting back to that energy helped me. Also, what else am I going to do? I’m here to sing and write songs.’

The songs she’s been working on for her debut are described as alternative soul stylistically, with lyrics written about relationships with family, friends and the church. ‘It’s about finding myself and finding my feet. The album covers a lot of personal issues,’ she explains.

It was recorded live to capture the energy of performing with a band and featured musicians include LA legend Miguel Atwood-Ferguson, who provides strings. Hejira member Sam Beste is co-producer.

The record is also heavily influenced by a family trip to Ghana where Tawiah recorded snippets of speech and sounds. ‘It opens with my dad and I having a conversation and listening to some highlife music in the background. There’s another interlude where I’m walking through the market and you hear me interacting with a lady selling meat and singing a song. I love the energy of that, it’s quite transportive,’ she says.

Another standout moment on the album is a recording of her late great grandmother singing a favourite song. Tawiah adds: ‘It’s a hymn that’s in the same key as the last song on the record called Mother’s Prayer so leads into it. It’s super special to have her on the album. Every time I perform it live it’s quite emotional hearing her sing. She is with me at every show.’

Tawiah first found her voice as a four-year-old member of a gospel group at church. Growing up, she was introduced to gospel music by her mum, learned all about jazz, blues and soul from her dad, while her uncle opened the door to the hip hop and RnB world. Alongside the Spice Girls, a cultured young Tawiah’s music taste included artists like Erykah Badu, Mary J Blige, Big Daddy Kane and Wu Tang Clan.

After choosing music over a career as a professional footballer (and a place on the Chelsea Ladies Football Team), she successfully auditioned for The BRIT School aged 14 thanks to improvisational skills as a then passionate clarinet player. It didn’t take long to transition to singing and Tawiah spent an ‘amazing’ four years at the performing arts school which set her up well for a career on the road.

She recalls: ‘I went on my first ever tour to promote the BRIT Awards album while there, we went around the UK and played five dates. It was incredible training to be on a bus, stay in hotels, get to venues and set it all up.’

Straight after graduating, Tawiah sang backing vocals for Corinne Bailey Rae and then toured with Mark Ronson for two and a half years, performing his 2007 album Version all over the world.

‘It’s funny because there is a video of me performing at Glastonbury and people are like, Oh my god, the crowd is so big, were you nervous? I was just having fun! It wasn’t until I looked at the footage that I was like, Wow,’ she says.

‘Being able to perform in front of big crowds developed my performance skills and I’ve seen how tours run before embarking on my own as an artist, so I know what the expectations are for when I get on the road and do me.’

One of her biggest lessons learned during that time is how to manage health and wellbeing during disruptive schedules and what can often be tempting environments. Now, she takes her time, saves partying for the end of the tour, gets as much sleep as possible and finds time to exercise.

‘I’ve had a few friends who struggled with the experience, drank too much and took too many drugs. Those are all things to consider and be aware of. You go on the road and think it’s all glamour but it’s also a lot of hard work.’

Now she’s acting as her own manager, label, as well as artist, maintaining a healthy body and mind is perhaps more important than ever. Tawiah uses daily gym sessions to strike a healthy balance between studio time and life, and has learnt to push through her perfectionist tendencies. The latter is what was discussed during a panel on imposter syndrome hosted by PRS Foundation’s Keychange initiative, which Tawiah is a part of, at Liverpool Sound City in May.

She says: ‘There are a few different levels to imposter syndrome, and the one I really resonated with is when you’re a perfectionist to the point where you don’t end up sharing things. There’s always one more thing or another mix to do before I'll consider music as being ready to release, and that’s down to a fear of putting something out and having people be like, Meh.

‘I’ve changed that mentality by realising that as a creative, I’m always evolving. So as long as the essence of your record is there, share it and keep it moving. We’re constantly growing and evolving and it’s really important to let go of things.’

A personal mantra also helps combat negative thoughts. Tawiah adds: ‘Mine is “stay in your lane”. If I see so and so doing this and that, I tell myself, stay in your lane, it’s fine, what you are doing is all good. As long as you’re being honest and there is integrity in what you’re doing, keep going.’

Being involved in Keychange has introduced Tawiah to ‘so many awesome women’ throughout the UK and Europe, who have been sharing ideas and advice. She continues: ‘It’s really valuable, I’ve been a bit of recluse and Keychange has taken me out of that which I’m so grateful for! I also get to play Iceland Airwaves in November so I’m super excited about that.’

Tawiah also has her own label, Lima Limo, which was set up with fellow Londoners Hejira, and is where she released her EP, Recreate, earlier this year. The future of the imprint is open. She says: ‘We will keep on doing what we need to do for Hejira and myself. If the right person came in to help us manage it, or the right label for us to license a record to, we’d be open. We just want to share and reach as many people as we can.’

As for future plans and ambitions, right now it’s all about the album. Tawiah concludes: ‘I want to get this first record out and then get on the road touring and see where I’m at. I’ve got tunnel vision at the moment!’