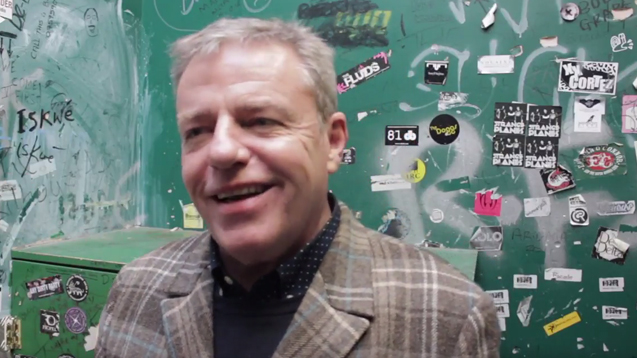 ‘It was so anarchic to the point of collapse’ - Madness frontman Suggs tells us about the band’s first gigs in Camden, how they spent their first PRS cheque as well as why live music is ‘the lifeblood of all popular music’...

Camden will be forever be known as the stomping ground of the ska-pop lunacy of Madness, the multi-limbed musical combo led by frontman and songwriter Suggs.

PRS for Music recently chose to recognise the area's importance in the band’s history by presenting the Dublin Castle, the scene of the band’s debut gig, with a PRS for Music Heritage Award and plaque.

Madness first performed at the pub in 1979, a sweaty, chaotic night which soon turned into a year-long residency. It marked a massive moment for the group who went on to release their much loved debut album, One Step Beyond, later that year. Almost 40 years later the band are still going strong, with latest (and 12th) album Can’t Touch Us Now heralded as one of their best.

Watch our new interview where Suggs talks about the early roots of the band, their adventures in Camden and anarchic residency at the Dublin Castle…