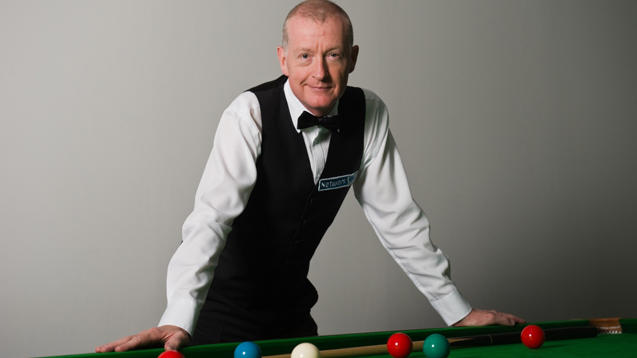 From potting to prog - six time-world snooker champion Steve Davis on Magma, radio presenting and a new passion for electronica…

The spheres of snooker and prog rock are usually galaxies apart. But six-time world snooker champion Steve Davis is doing his bit to bring them slightly closer together.

Steve has been a long-term fan of underground prog acts, including his beloved Magma, from back in his sporting hey-day, even going so far as to bring the cult French band over to the UK during the eighties. It’s a passion which has now spilled into electronica, showcased by his slot on Brentwood’s Phoenix FM and a forthcoming booking at leftfield festival Bloc.

Playing a four hour Sunday set at the event with collaborator Kavus Torabi, Steve is one of the more eclectic selectors on a bill featuring some of electronica's best including Radiohead's Thom Yorke, Detroit wizard Jeff Mills and Four Tet. We caught up with the former sporting star ahead of his biggest gig to date to find out more about his passion for oddball sounds, why he might never go to Berghain plus what ravers should expect from his set…

I think it was listening to John Peel and Alan Freeman’s Saturday show. They played different stuff and I was around at the right time to become very smitten by progressive rock. Which was a big movement back in the day. Nobody could underestimate how that changed the record industry back then. You went from three minute songs to whole sides of record being taken up with one tune. Concept albums became the order of the day which was totally different to what had come before. It was blowing people’s minds back then and really appealed to me. That’s when I really fell for music. Early stuff I listened to was Argent’s Hold Your Head Up and bands like Yes. They were all unusual and appealed to kids at the time like me. I was listening to the unpopular end of the progressive rock genre. That led me to Frank Zappa and Soft Machine.

So the alternative sounds really appealed to you?

I had a like-minded mate at school who went against the tide with me. I was lucky enough to see some of the bands first time round. I remember Soft Machine, Caravan, Magma back in ’75 when they came to the Roundhouse. I was in the right place at the right time.

I’ve read about your love for Magma and bringing them over to play in London during the eighties - how did that happen?

It was ’88 when they came over and at the peak of my playing I s’pose.  I wandered into Virgin Records in Oxford Street and was flicking through the records when I came across this Magma vinyl. I found the latest by Christian Vander, it was another one of his bands called Offering. I was so blown away by it, I thought it’d be great to get them to play in the UK. So I got in contact to try and organise it. Little did I know I could have just gone to France and watched them there!

Instead, I decided to spend a lot of money on getting them here. There were 14 members in the band so it was quite an operation in getting them over. But we did three nights at the Bloomsbury Theatre. They were sold out. We still lost loads of money but it was hilarious. All these people came out of the woodwork to watch them. One fella turned up in a three piece suit with a briefcase, another with his old afghan coat on. It was a real cross section of humanity.

Did you invite any snooker playing colleagues?

My manager at the time came along to watch. After 20 minutes he left with his head wringing. He was trying to support me but considering he only likes country and western, it was a bit of a mind-fuck for him. 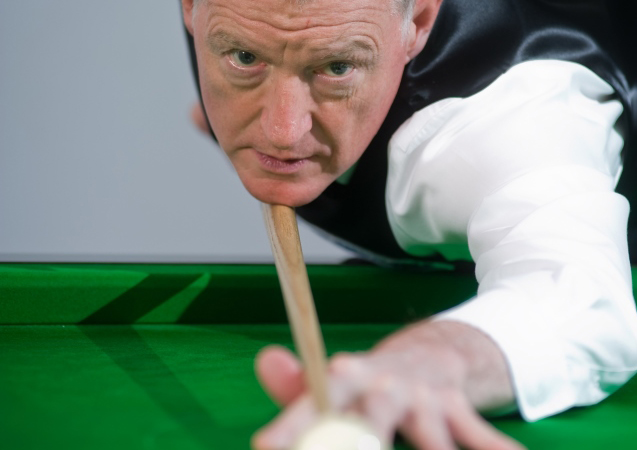 Have you been tempted to put on more bands?

As I’m enjoying myself more in music, I might do a few smaller gigs on but nothing on that scale. More low key affairs we’re thinking of getting going via our radio show. There are some lovely smaller venues in the UK and greater London area that are ideal for our type of music.

I was listening to the radio today about the plight of the smaller venues so it’d be nice to support them. The whole band thing could possibly disappear up its own arsehole if you’re not careful.

Are you enjoying broadcasting?

Yes our little radio show on Phoenix FM, the Interesting Alternative show. Me and my co-presenter, Kavus Torabi, he’s a musician with Gong, we just grab a load of records, go to the studio and play some really weird, messed up music and talk bollocks. We just have a laugh. As it’s community radio, we can get away with not preparing too much. It’s a bit like inviting people into our front room.

Which new artists are you enthused by at the moment?

Well I’ve been exposed to a lot of electronic music since doing the radio show. It’s led me down this path realising how many clever people there are making this music. Holly Hearndon, Prefuse 73, Oneohtrix Point Never, artists like that, they’re just so clever. We sometimes invite guests on who are musicians. They choose the music and this broadens my horizons which is nice. I wasn’t aware of Autechre even though they were first on Warp Records in Sheffield. I used to walk past the Warp Records shop all the time while I was playing.

Are you looking forward to Bloc?

Yes we’re having so much fun with it! I hope they’ve got the same value out of it I have. The novelty factor of the snooker player being interesting/boring doing a set is hilarious. We’re doing four hours and preparing has been a bit like looking forward to Christmas, I don’t know what we’re going to play. Our brief is doing a small room, there’s a pub with a maximum capacity of 400. We do a little bi-monthly session at this Redchurch Brewery in Bethnal Green. The lads who run Bloc were down there. By the time we do our bit at Butlins on the Sunday, everyone might be a bit techno’d out. So we’re gonna play a bit of everything - we’re going to enjoy the challenge.

Are you around for the whole festival?

Yes I’ll be down for the whole weekend. I think Floating Points are playing on the Friday so I’m hoping to see them. Also we had Surgeon on our show so I’d like to see him play live. Just to get the feeling of what it’s like to be at a proper electronic music festival. I’ve never been to one before. Even though I do keep unfashionable hours, it’s not like I’ll be going to Berghain in Berlin at 3am on a Sunday morning. There’s only so much coffee I can drink. It’s about the strongest drug I can take.

I’m looking forward to just soaking it all up. I’ve seen some bands do spontaneous live things on modular synths. It makes me want to go out and get one but I’d probably be bloody useless at it.

Listen to Steve's shows via the Phoenix FM website.