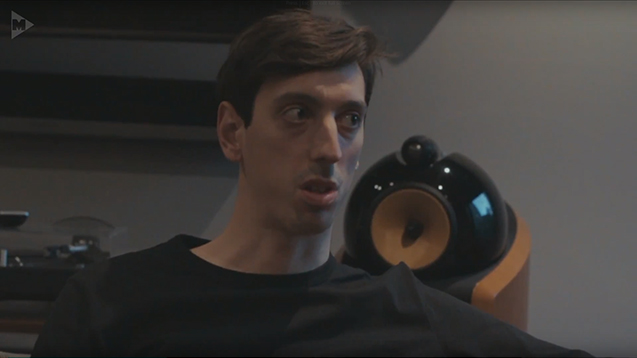 We caught up with hit-making songwriter and producer Starsmith (Ellie Goulding, Jess Glynne, Paloma Faith) at Abbey Road Studios to discover the tricks behind his craft...

Starsmith – aka Finlay Dow-Smith – is a multi-platinum-selling songwriter, producer and remixer who's worked on tracks by some of the industry's biggest pop icons: from Lady Gaga and Kylie to Ellie Goulding and Paloma Faith.

His first break came at the age of 21 when he met a then-unsigned Ellie Goulding and set about introducing an electronic element to her folk sound, setting the foundations for her multi-platinum debut album, Lights.

Since then, he's co-written and produced seven songs on Jess Glynne's number-one selling debut album including Hold My Hand and Real Love, and produced and co-written singles for Paloma Faith, Kwabs, Cloves and Jessie Ware.

We caught up with the hit-maker at PRS for Music's recent London-to-Nashville songwriting camp at the iconic Abbey Road Studios to learn more about his craft...