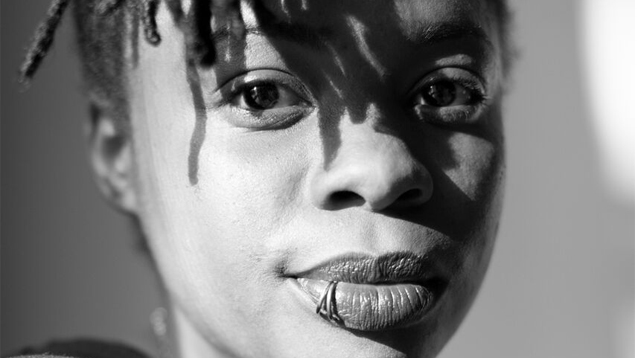 ‘There is no management, label or publisher. I have to be still and take direction from my gut’ - Speech Debelle on her new album, going it alone and overcoming anxiety…

As a lyricist, performer, campaigner, even a celebrity chef Speech Debelle is held in high critical regard but 2017 sees her returning to the microphone where she first caught eyes and ears.

Speech Debelle breached the UK music industry’s in 2009 with her debut album, Speech Therapy, which won the Mercury Music Prize for British album of the year. Her Kwes-produced sophomore album, Freedom Of Speech (2012) followed before a hiatus which saw her on our TVs in Celebrity Masterchef and curating art exhibitions.

Now she’s back with her third record, tantil before I breathe, a record exploring her developing self-awareness, healing and liberation, accompanied by a digital cookbook and memoir filled with stories documenting the highs and lows of the poetic South London lyricist's journey through life and the music business. You can watch her perform live at PRS Presents and check out our interview below on the record...

How did you first get into music? Was there a person or record that first turned you onto sounds?

It's difficult to say. I’m not even sure that I got into music so much as I realised it was within me. I remember hearing Michael Jackson’s Human Nature and breaking down in tears. The way each instrument lent itself to the other like a relay was so beautiful. It's still my favourite and most important song in my life.

How did you end up making your own music?

I was the annoying person in studios. If I knew someone with a studio (even a bedroom set up) I would damn near camp out there. Sometimes until they'd have to ask me to leave. I just wanted to be in the environment of creating music. When that energy matched the right person we'd start making music together. I learned to make while making an album.

Speech Therapy is your debut record and won the Mercury Music Prize - could you talk a little about the win? Was this a big surprise to you at the time? And how did it change your musical career?


While in Melbourne in Wayne Lotek in 2007 recording that album I had a vision. I saw myself collecting the award. I told Wayne who thought it was cute (we were making the album in his front room with about £3,000 budget). As the time got closer I'd get signs that it could be a possibility I was nominated. Once the nomination came I was like "I saw it. I guess it's happening". I think some people saw me as arrogant as the old English way is to pretend you don't think you deserve it. But, I thought deserved it, as much as anyone else and was okay saying it.

I usually start with a vibe which translates as a tempo. Drums are early for me. The top line comes to me next and then I start thinking about words. I'm usually working with someone else so they take my direction and evolve on it. Sometimes though I hear the whole song and as long as I can get to my phone or studio, I can record it. Humming the top line, the bottom line, and beat boxing the drums.

Tantil before I breathe is your new record - could you explain the thinking behind the record? What has inspired it?

The theme of breathing became important to me in 2014 when I released I had been suffering anxiety attacks all my life and didn't even have a name for it. I had to learn to be still and to breathe. Without learning that I would have sent myself over the edge making this album. There is no management, label or publisher. I have to be still and take direction from my gut.

And how was the making and writing? Did it come easier than previous releases?

Writing is as natural to me as walking, but albums are not easy to make. The creative side is fun, smooth, engaging. But without the giant to do list, 1,000s of emails and getting to all of the meetings, it will never leave your laptop.

Which artists are you currently excited by?

You have curated exhibitions as well as appearing on Celebrity Masterchef - how have these experiences shaped you and your music?

It's all art. Food, music, art. Working with people. Being inspired and inspiring as a unit.

The Work Brunch Podcast is now on episode eight which is a blessing. Each week I cook a meal for a guest inspired by their early food memories and find out what fuels them to share their work. So far we've had, Lianne La Havas, Caleb Femi, Nitin Sawhney, Ayishat Akanbi and more. The album lands with a e-cookbook/memoir of the same title. Then there's the UK May tour.

Have you got any advice for new or aspiring music makers?

Do it for the art. It has to get you up in the morning. Let the universe help you with the rest.

Watch Speech play Strange Ways from PRS Presents. Tantil before i breathe is out now.

speechdebelle.com
Features
Back to top