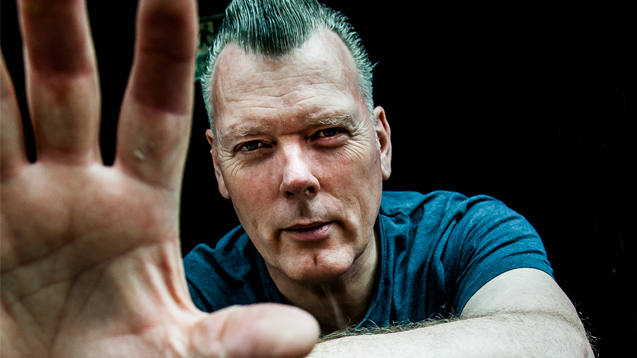 Jazz legend Snowboy (aka Mark Cotgrove) may be 30 years deep in his musical career but he’s showing no signs of slowing down.

2016 marks the 30th anniversary since debut single Bring On The Beat, a record which kick-started a career taking him and his music all over the world and through a wide array of styles and sounds - dance classics, salsa and mambo alongside other Latin and jazz moments...

As a percussionist, he’s played with many of the greats including Amy Winehouse and Lisa Stanfield while his band - Snowboy & The Latin Section – are Europe’s premier Afro-Cuban jazz outfit. Their new album, New York Afternoon, is a killer collection and bodes well for a big year where he’ll be collaborating with Lisa again and launching his own Snowboy Records imprint. On the eve of his record's release, we caught up with Snowboy to find out why he’s discovered a new lust for music-making…

As a teenager I listened to permutations of fifties rock and roll, rockabilly and doo wop, so by the time I was 17 I was already in love with these sounds - plus surf, British beat, blues. Then soul of all eras, funk, disco, all forms of Latin music - particularly, Cuban and Brazilian, and I went on from there. I grew up with glam rock. It may surprise people to know that I also appreciate all the new wave greats too (Siouxie, Echo and the Bunnymen, Joy Division). This was all by the age of 21, so my brain was exploding with musical influences.

My best friend of the time, Paul Webb, was also one of the founders of Talk Talk, so seeing them demo, showcase, get signed and tour immensely influenced me in wanting a music career.

The jazz funk and fusion I was hearing in the clubs made me want to learn percussion, which I did from the legendary Robin Jones. One of my dearest friends asked me whether I would make a record for him because he was interested in the process. That was my first single in 1985, Bring On The Beat.

I've had a great chain of events from my early music days. A friend called Chris Sutton asked me to play on his demos for Polydor Publishing which led to a record deal with them. I could hardly play but he knew I had a bag of hand percussion. That really made me try to practice and learn, I then toured with legendary tex-mex artist, Flaco Jimenez.

His UK label released my second single which Flaco guested on, and because of that my teacher got me to play in King Salsa. His pianist was Danny White and was part of Matt Bianco with his girlfriend Basia. Basia went solo and I got asked to play for her. She became huge in the US, and there I was touring through 27 states, and I'd only been playing three years! I recorded for various labels including Polydor and Acid Jazz (which gave me the most exposure). In 1990 I left Basia to start with Lisa Stansfield. Her debut album sold seven million!

New York Afternoon is your new record - what was the thinking behind the release?

I have a vision of sound, influence and direction and I put it out to band members to contribute songs too if they want. The way I look at it is that it's all about making as strong an album as I can within my creative parameters.  I could write all the songs but if other band members songs are better than mine then I'll use those too. I wanted a bigger sound so there are 16 horn overdubs on every song.

How has your approach to music making evolved over the years?

I am not a trained musician on keyboards or guitar, so the process can be quite slow. Sometimes I hear a song in my head and quickly work it out too, but there are no standard ways of writing. I'd been short on ideas and didn't want to put an album out just for the sake of it. I've found that in recent years the music industry had knocked the stuffing out of me and I fell out of love with writing. I'm feeling good again now though.

What are your thoughts on the health of British jazz?

There are a lot of superb young people coming through at the moment, which is amazing. That's what it's all about. I think jazz education in this country is becoming incredible. 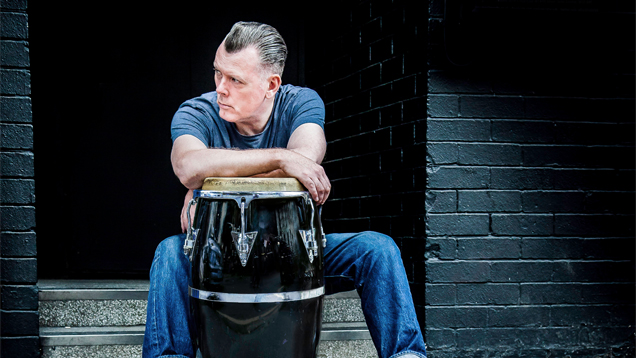 My album is on my own record label, so I intend to put out releases by other artists too. I intend to start writing for the next album soon, I am currently co-producing Lisa Stansfield's next album and continue to tour with her as I do with my own band.

Which artists are you currently getting excited by?

I produce two unsigned acts called D.B. Cohen and Chloe Marriott. Both make blues-based music and have underground mod followings. They are both unbelievable.

You’ve enjoyed a very successful musical career over the last 30 years – what have been the highlights for you?

My first tours with Flaco (for sentimental reasons), performing on the Johnny Carson and Dave Letterman shows with Basia, the arena tours with Lisa, Rock In Rio at Maracana Stadium (which holds 1/4 million!), my recent sell-out shows at Ronnie Scott’s, my friendship with the King of Latin music, Eddie Palmieri ... so many beautiful times and experiences.

The industry has obviously changed and grown since you started out - what are your thoughts on it?

It's been six years since my last album, and although I've never stopped playing live I just didn't feel like recording. Seeing so much file-sharing and stealing going on just disillusioned me. Now, with social media being incredibly powerful and artists building up mailing lists it made me realise that all I needed was a label manager to show me how, an amazing press and radio person, distribution, great graphics and money to manufacture (which doesn't cost much) and I can compete with any other independent label on a fairly high level. It's very, very liberating. The peanuts paid from streaming is diabolical but vinyl is back in a big way. Ok, the sales aren't what they used to be in the glory days, but in terms of doing it your way there has never been better times. The major labels have been caught napping and don't really know what to do now. I'm glad.

Have you any advice for new and emerging composers or musicians?

Practice, practice and practice. Don't give your services away thinking it'll lead somewhere. Open your mind to all music and try to understand the essence of what makes any particular music work. Finally: know your worth and believe in yourself.