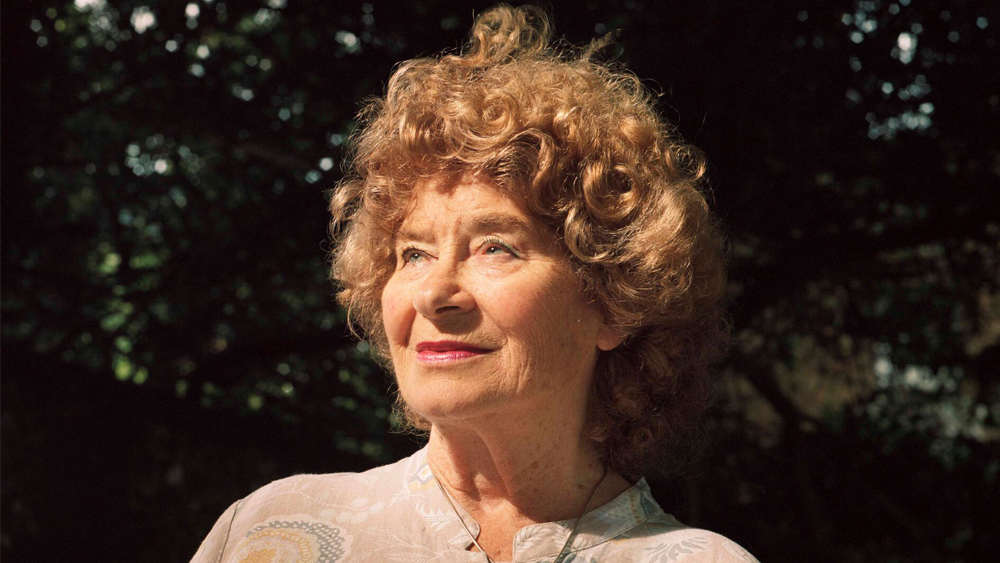 'I've been very touched by the warmth of the audiences... but generally speaking, that was always the case.' Shirley Collins speaks to M-Magazine ahead of her Roundhouse show about performance, the enduring allure of traditional music and a whole lot more...

Following a 38-year silence, iconic singer and folklorist Shirley Collins returned with her seventh album, Lodestar, which in turn sparked the beginning of a fascinating third act.

Reaching an audience far beyond what might be expected of a folk record made up of traditional songs, some dating back as far as the 16th century, Lodestar planted Shirley firmly in the 21st century imagination.

The record may have been uncompromising, but nevertheless, somehow her voice acted as a conduit to the past while also speaking to present political and cultural discord.

Since the album’s release Shirley has played shows at festivals like Green Man, had a film about her life released, and written a memoir, All in the Downs.

2019 looks no less busy for the singer, as she begins the year with a performance at the Roundhouse, London.

The gig is part of the venue’s fourth edition of an intimate series of shows performed ‘in the round,’ and she joins an eclectic bill that includes Patti Smith, Gruff Rhys, Fatima, and Jim James.

We spoke to Shirley ahead of the show about performance, the response to her return, and the enduring allure of traditional music…

What are you most looking forward to about playing the Roundhouse as part of the In the Round series?

It will be great to work with Jane Beese (head of music) again. I first met her when she was head of contemporary music at the Southbank where she booked me mainly for talks, as I wasn't singing in public then.

So, I'm delighted to be appearing at the Roundhouse as a singer with the Lodestar Band. And it amuses me that the only other appearance I've made at The Roundhouse was in 1969, at the launch of EMI's 'underground' music label, Harvest. My sister Dolly and I represented folk music with our album Anthems in Eden with early musician David Munrow. That evening we appeared alongside Deep Purple, The Edgar Broughton Band and more – quite an eclectic mix!

Are you familiar with/a fan of any the other artists on the In the Round bill?

Are you generally quite specific about the venues/events you perform at, or are you happy to play in most situations?

I started as a singer in folk clubs back in the 1960s, so was used to being really close to audiences.Then over the years I also appeared in much larger venues such as The Sydney Opera House. I'm happy to play anywhere really, just as long as I can create an intimate atmosphere whatever the size of the venue, speaking directly to the audience.

How different does the audiences’ response feel this time around following the break in recording and performing?

I've been very touched by the warmth of the audiences... but generally speaking, that was always the case.

A younger generation are discovering your music since the release of your latest album, what do you think they connect to most to in your work?

I hope it's the truth of the songs and music and the individuality and independence of it - that it has its life outside the mainstream.

In terms of your creative life, how important is live performance to you?

Now that I'm singing again, live performance is essential - because that way I can keep that lovely connection to audiences. And I'm still learning new 'old' songs... there are so many still to be sung!

The film about your life, The Ballad of Shirley Collins, was released in October 2017. You were quoted as saying: ‘When they first asked me I was nonplussed. I thought, ‘is this a wind-up?’’Now the film’s been out in the world for over a year, do you feel differently or have an altered sense of its value?

I initially thought there wouldn't be any interest in a vanished singer, who in any case had worked in a field of music that wasn't widely popular. Now I can see that the music is really important to many people, essential even. Also, I think the film's value is in what it says about the human spirit and resilience. And that's a universal theme.

Your memoir All in the Downs was released in 2018, given your lengthy break from music before the triumphant return that was 2016’s Lodestar, did it feel necessary to reclaim your history from speculation?

The main thing I wanted to set straight and make clear was that I hadn't stopped singing because I'd lost interest in the music that I loved – I couldn't bear that to be thought of me or the music. It was a set of circumstances over which I seemed to have no control that caused me to lose my voice and my confidence. And I'd already written one book America Over the Water about the year (1959) I'd spent in the Southern United States, with Alan Lomax, the American folklorist, recording folk music in the field.

I really enjoyed writing that, and thought that there was still a lot more to tell...

The book details your philosophy of singing, ‘simply and directly’ and of ‘singing to people, not at them.’ Why are these details so important to you?

It's because the songs are so important to me; they give such insight into the lives of people back through centuries, those people whose voices were rarely allowed to be heard. I feel a responsibility towards them, and a pride in the beauty of a great many of the songs too. So, I'm giving it back in the best way I can – yes, with beautiful music arrangements – but not in a way that overpowers the songs. It's the songs that come first. They might be called the archaeology of English music.

Has the response to Lodestar made you positive about folk music’s future and, in turn, the preservation of traditional music?

It's true there's interest in folk music – the problem for me is that the term 'folk music' is used for so much that has very little to do with traditional music...

How do you feel about the present health of the music industry in this country?

I don't really know enough about the wider music industry to have an opinion. But I know that it can be difficult for musicians to make a living in these times when so much music can be taken free (or is it stolen?) Thank heavens there's the PRS to help support musicians.

Are you currently working on anything, or do you have any projects in the pipeline?

Yes, but it's under wraps at the moment!