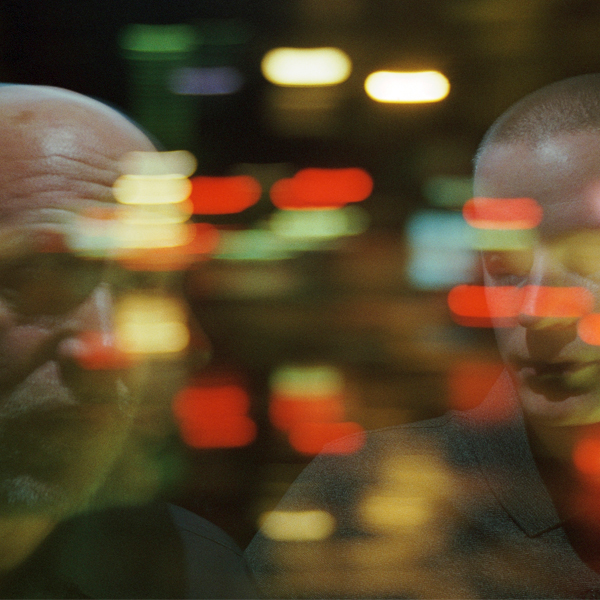 Adrian Sherwood and Bristol’s Pinch represent two generations of bass. We find out what happened when they came together for this year’s debut LP, Late Night Endless…

After being mentored by the likes of Prince Far I, Dennis Bovell and Lee ‘Scratch’ Perry, Adrian has built up a huge catalogue of music, marrying Jamaican rhythms with post punk, bass and anything else he could his hands on. He’s collaborated with The Clash, the Slits and Public Image Limited and most recently Pinch.

This Bristolian has been a key figure in his home town and on the global stage, helping mould dubstep into ever changing, futuristic shapes. His label Tectonic recently celebrated its tenth anniversary while he’s also busy collaborating with a range of artists including fellow bass head Mumdance.

AS - I had a funny childhood and ended up being dumped in Slough in Berkshire. My father had died and mother remarried and used to play records. The first tune I remember was Walking to New Orleans by Fats Domino. A family friend was Karl Denver and I used to sing Wimoweh as I’d heard it through family gatherings.

Pinch - I used to record the Top 40 on BBC Radio 1. I’d tape it every Sunday, then go through it, edit out my favourites and make compilation tapes from the results.

When did you first fall in love with soundsystems?

P - I was always drawn to loud sound systems at concerts/shows. I used to regularly visit them from the age of 14. That said, it wasn't till going to early FWD>> nights in London around late 2003 that I really connected with the power of a good bit of sub bass! It was love at first bass weight.

Which artists made you want to start making your own music?

P - My studio, for a long time, was my bedroom, a hi-fi and PC with Fruity Loops. I got into it through dubstep - in those early years, 2003-4 there was only a handful of tunes available to buy on vinyl so if you wanted to DJ you had to make tunes and cut dubplates! That's how I started.

How did you two hook up?

P – I was a fan of Adrian’s from the age of about 10 years old, so I took the opportunity to get him along to play at one of my Tectonic takeovers at Fabric. He got me on to an On-U Sound bill in Paris and there we decided to knock up some riddims.

AS - His big brother was an On-U fan and he grew up listening to it. He was promoting these Tectonic nights and invited me to play at one at Fabric. I asked him to play an On-U night in Paris and we got on really well, started cutting some dubplates together. It was obvious we should make an album.

Can you explain the thinking behind the record – what were you hoping to achieve?

P - Something that makes for a good home listening experience as well as being weighted in a sound system sonic. We wanted to make an album like they used to, giving it a sense of journey and narrative. To make something that will hopefully last the test of time and sound as good in 10 years time as it does now.

AS - When we started, we were just adhoc cutting tunes. But as it went on, we wanted to get a balance between instrumentals and voices, of the different colours. We worked and worked and got the final album, Late Night Ambience. We could have had it more dub, reggae, or more vocal. But we decided to ride a line to get a decent balance. And I think we have.

Where did you look for inspiration?

AS - I’ve learnt some great things from great people from across many different backgrounds. I apply them to anything I’m doing. Pinch has worked with me, he’ll use things he’s picked up from me on something he might do next. I need Pinch as he’s young, very talented. It’s good for both of us but we’re not particularly looking to copy anyone else. We’re trying to find our own sonics between us.

What have been your most satisfying studio experiences?

P - Working with Photek, working with Shackleton for an LP, working with Adrian extensively - they’ve all been great experiences. When I make music on my own I like to write at night mainly, rarely starting before midnight and going through till 4,5,6,7am even. The best bit is when you get up the next day and check what you got up to and you find you've got something really good.

AS - This year we’re working on promoting the Sherwood/Pinch album. We’ll be doing as many festivals as we can to promote it. We enjoyed working together, it was fun and we want as many people to hear that as possible to help us do another one as well. Currently I just finished the Higher Authority album with the lads from Clinic, while I’m also working with Roots Manuva contributing to his new album. I want to continue working with Warp who are doing a great job of prepping the On-U catalogue for a re-issue. We’re starting with Sherwood At The Controls and a lot of non-reggae material. There are some unfinished albums to complete and release. I want it to be finished properly, then try and let people know it exists. That’s the tricky thing these days. You need to get the attention of everybody for anything you do.

Visit the pair's Facebook page to find out more.