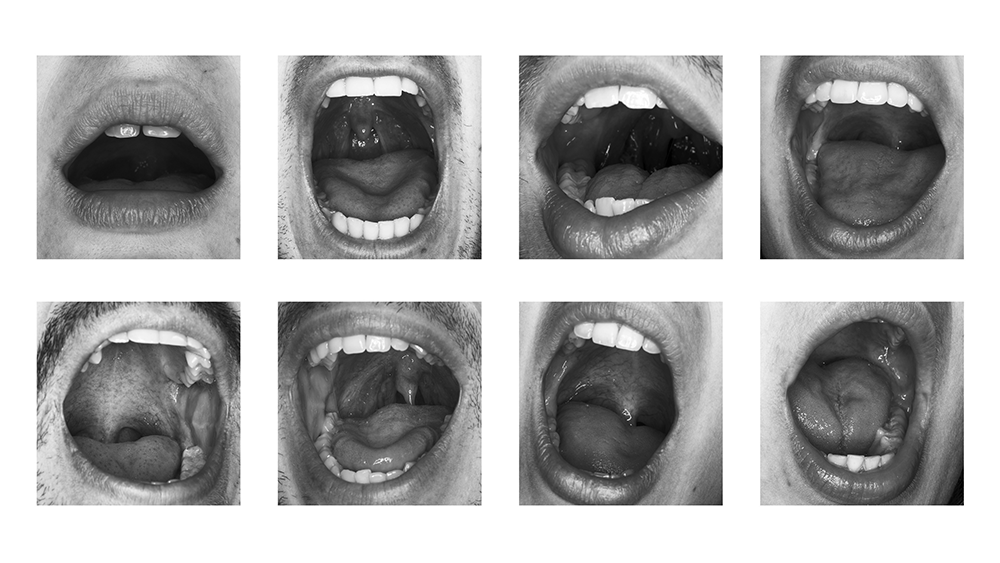 We spend some time with Kieran Brunt, ringleader of Erased Tapes' latest signing Shards, to get the skinny on the making of their ace debut LP, Find Sound.

The group grew from a Barbican project involving Nils in 2016, evolving under composer and founder Kieran Brunt’s tutelage to meld voice, synths and percussion into radical new shapes.

Following the project’s success, Shards joined Nils in Berlin to collaborate on choral arrangements for his recent album All Melody. They have since worked with other artists including Michael Price on his Tender Symmetry LP.

Now in possession of their very own LP, Find Sound, Kieran and the group have honed their ability to sculpt the human voice, with each singer bringing their own unique range and form to Kieran’s expansive soundworld.

We recently caught up with him to learn more about the making of the record, which lands on 30 August via Erased Tapes…

You brought together a distinctive group of vocalists for Shards – what was the thinking behind that?

Our first project together was a set of three collaborative concerts at the Barbican, each with a very different type of artist. I knew that we would need to be adaptable to each environment, so I wanted to gather a group of people who would not only sing well but would be open-minded and creative when devising the performances. I also wanted to ask people who came from a variety of musical backgrounds, so that we’d have as many different ideas in the room as possible.

You first came together to perform with Nils Frahm – how did the project evolve from there?

We just kept going really! Nils invited us to join him in Berlin and work on his All Melody record, and Michael Price (also on Erased Tapes) asked us to sing on his Tender Symmetry album too. That was great fun, as for each piece we travelled to different locations around the country. We’ve also recently recorded with Luke Howard, and just a couple of weeks ago did a crazy collaboration with artist Laure Prouvost for her Art on the Underground commission.

What logistics do you need to bear in mind when composing for such a varied group of people?

The most fundamental thing I think is really understanding the texture of each voice and knowing what things it can do. There’s such an amazing variety of different types of voice in the group, and I often write things with specific voices in mind. That said, though, we’ll often try something in the studio with different combinations, and I’ll decide later on which one to go with.

You’ve since gone on to collaborate with others – at what point did you decide to work as Shards on something separate?

To be honest I decided straight after our very first show that I wanted to make something of the group. There was such a buzz of energy in that first project, and I just knew that there would be a future for the group! I also met Robert Raths from Erased Tapes that evening, and we have been chatting about it since then.

What’s the inspiration behind your debut LP Find Sound?

Each of the tracks on the album is meant to be seen as a miniature sonic painting depicting the various emotions we go through in early adulthood. Some are specific and have lyrics, others are wordless and fairly abstract. I wanted the record to be quite varied in its tone and hope that listeners enjoy the bumpy ride!

Where and when did it all come together?

We recorded almost all the record during a residency at Palazzo Stabile, a stunning house with a studio in the north Italian countryside. We were lucky enough to be able to live, cook, drink and make music together, and had plenty of time to experiment with the different spaces. It’s an incredible place, I couldn’t recommend it highly enough to other musicians as a place to write and record.

What have you learned about the process and what would you do differently next time?

Ooh. So much. Like any other musician I’m constantly evolving and doing new things, so I really wouldn’t want to keep doing the same thing. I’d like to experiment with more recording techniques for sure and think in general I’d like to try to make a record that’s a little more live sounding. Lots of the group are instrumentalists, and I’ve been dreaming of having a live set where all the singers are playing instruments at the same time.

Getting our live show together! Our very first headline show is in November, so that’s going to be a pretty big moment for us. I’m still figuring out how on earth it’s going to work… but we’ll get there. I’m also working on the next release of my duo, Strange Boy, a project which has been supported by the PRS Foundation’s Open Fund. Cheers guys!