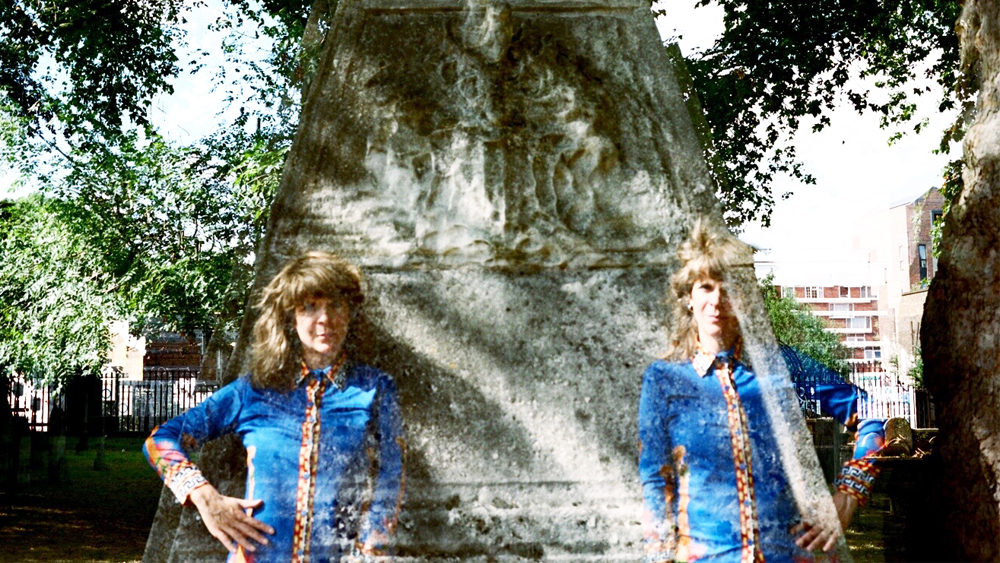 ‘I am sort of rapping at one point. I wanted to re-record it because I sound like Mary Poppins’: we chat to harpist, singer-songwriter and sometime Bad Jan member about her latest solo offering.

‘I am sort of rapping at one point. I wanted to re-record it because I sound like Mary Poppins’: muses Serafina Steer.

She’s commenting one of the rarer cuts from her latest album, The Mind is a Trap.

The album follows a significant gap in solo recording – the Jarvis Cocker produced The Moths Are Real came out in 2013 – yet the intervening years were anything but quiet for the singer-songwriter and harpist.

In 2015 she traded harp for a bass guitar and formed post-punk trio Bas Jan with  drummer Jenny Moore and violinist Sarah Anderson.

By the time their debut long player Yes I Jan was released in 2018 Emma Smith had taken over violin duties and Rachel Horwood, of Trash Kit, the drums.

In the meantime, Serafina was also involved with Jarvis Cocker’s new project JARV IS… in which she plays electric harp, keyboards and sings.

In a break from all this extracurricular activity, she is now set to return with a compelling collection of spectrally experimental tracks.

We caught up with Serafina for a chat about her leap back into solo creations, her songwriting process and what first drew her to the harp.

... and we also have an exclusive premiere of the title track from The Mind is a Trap. Check out the video below...

Your last album came out in 2013; what inspired you to return to solo recording?

I’ve just been doing more stuff by myself, playing around with things for quite a long time. And then it was a thing of thinking I should challenge myself to put some of this stuff out.

I was doing Bas Yan and we put out an album last year and an EP and stuff, and that was really great. But then it was possible to work at this stuff in my own time at my own convenience and maybe explore stuff more intimately because of that.

What’s the thinking behind The Mind is a Trap?

It was something my dad said to me when we were talking about this situation that I had been in for months and I was thinking very circuitously and sort of trapped in it. I explained everything very laboriously and got to the end and he said, ‘it sounds like you’ve been thinking too much.’ It was kind of deflating but in a good way, realising that I can’t make sense of any of this and I can’t sort it out and there’s no better way.

Then that made me realise that it is important for an artist to finish stuff and put stuff out, whether you think it’s any good or whether you think anyone will care. Things like that are also a bit of a trap. So, I needed to challenge myself as an experiment around this is where I’m at and this is what I’m doing. So, there’s a kind of a theme, obliquely, through all the pieces of music. But maybe only to me.

How has your music evolved since your debut?

I’m not sure it has. It’s strange, I’m really not sure that it has and maybe that’s part of the reckoning with oneself. Or, because on this one having a feeling that words were limiting. Trying to express myself through words was limiting the scope of what I was trying to say, so maybe I did try more with form – musical form, production and sound coming from places that maybe I haven’t pushed myself towards before. I’m a bit more liberated, perhaps.

Your solo work tends more meditative and sonically experimental – what is it about working alone that brings these characteristics in your music?

I think they’re characteristics that I always run away from. When I did Bas Jan, I was like, ‘oh, this is great, I’m normal. I can be in a room with people and make music. This is really living.’ Whereas, sitting by myself doing my weird things is stuff I find uncomfortable, or navel gazey, or I don’t know.

There are things that I try to not do and be more robust, but actually there is a space for that. There’re not really many jokes on the album, it’s quite sincere and it is quite meditative and hopefully restorative. That makes me uncomfortable.

But then I am sort of rapping at one point [laughs] so I think there are some bits where you could laugh at me. I don’t even think I’m in on that joke because the take was the first take I did. I did think, this is sort of funny, but it’s very in earnest, me doing it. I wanted to re-record it because I sound like Mary Poppins.

Is your songwriting process quite loose and organic or do you have a very defined method?

I think I thought I’d just stopped writing songs basically and would only do stuff with other people and then go away and write the words or have far too much to say about what other people should do with their songs if I was playing for them. That’s why I enjoyed working on just sound pieces – a couple I had words for and then I just took them off.

I don’t know whether loose or organic is the word. It’s always more instantaneous because I don’t think I can write words in a properly songwriter way like Bob Dylan or Joanna Newsom, being able to work at an idea for ten verses or something, I can’t really do that. So, in that way I’d say it’s loose and instinctive.

Alongside your work with Bas Jan and JARV IS…, you also contributed to the latest Trash Kit record. Have those musical experiences fed into this record?

I think they’ve all given me the confidence to realise that is a special thing, making music by yourself, that you can open up, or that means more to you than anyone. As opposed to some aberration or embarrassment it is special. I’m not saying my album is special. And maybe it’s also important to feel that you’ve still got your feet on the ground as an individual musician. It’s partly to do with that as well as wanting to, for better or worse, represent myself.

Although you’ve been playing bass in Bas Jan you’re a harpist first and foremost. Why harp and how did you first get into playing?

I just started it when I was little, I wanted to play it. And I asked and it was possible, if you went to a state school in London at that time, to have free music lessons. I was able to have lessons with a really good teacher and piano lessons and brass and sitar. It was a really amazing resource, which I don’t think is at all in existence now. That was why because the opportunity was there and then I really took to it.

Since I’ve just always boomeranged back and forwards with the harp. Sometimes I feel like I’m not even a harpist anymore. I’ve been playing loads again now in preparation for the launch and working out how to play some of that stuff live and then I feel like, ‘oh, I love this. I love playing this.’ I wonder sometimes if it’s become more of an instrument that I use rather than me being a harpist first and foremost.

Are you most at home in the studio or when performing live?

That’s what I’m trying to work out. I think that’s why I enjoy doing stuff with the band or in groups. Somehow that feel like you’re able to fully present what it was. Somehow, if I’m doing my solo things, I can just get into that ‘the mind is a trap’ kind of thing and go really into the wrong place and by the end of the gig I don’t know why I’m doing what I’m doing. I’m making it sound… but it’s true, I have put the audience in a sort of, ‘oh god, is she ok?’ kind of situation.

In another way, maybe all performers feel that kind of funny schism of it being very exposing and making yourself very vulnerable without sounding like too much of a lovey. With this, for instance, I’ve tried to find a way of performing it that would make the context more of a listening experience. Maybe it’s about context and how you present the performance.

What’s your take on the UK’s independent music scene?

What I understand it to be is in a really good, or creative, time at the moment. Partly because I feel like artists are making music that is serious music. The boundaries of classical, the hegemony of that world, have had to relent a bit and I feel there’s some really interesting stuff happening, like Lucy Railton, Rhodri Davies, Richard Dawson or Nico Muhly, on the more classical side. There’re loads of people that are serious artist. Maybe that’s quite an old bracket of the independent music scene, I don’t know what young people are doing now, but I think in general its more interesting than it has been, because you can self-release and get yourself on playlists on Spotify. There’s a lot of scope for being more exciting, I think.

We’ve just finished the Jarv Is album, hopefully that’s going off to be mixed. And I’m learning how to arrange all the stuff to play for my launch.

The Mind is a Trap will be self-released by Serafina Steer in conjunction with Vitamin Concept Records on 27 September.

Ahead of the release of Sound Advice: The Ultimate Guide to a Healthy and Successful Career in Music, M spoke to authors Lucy Heyman and Rhian Jones. 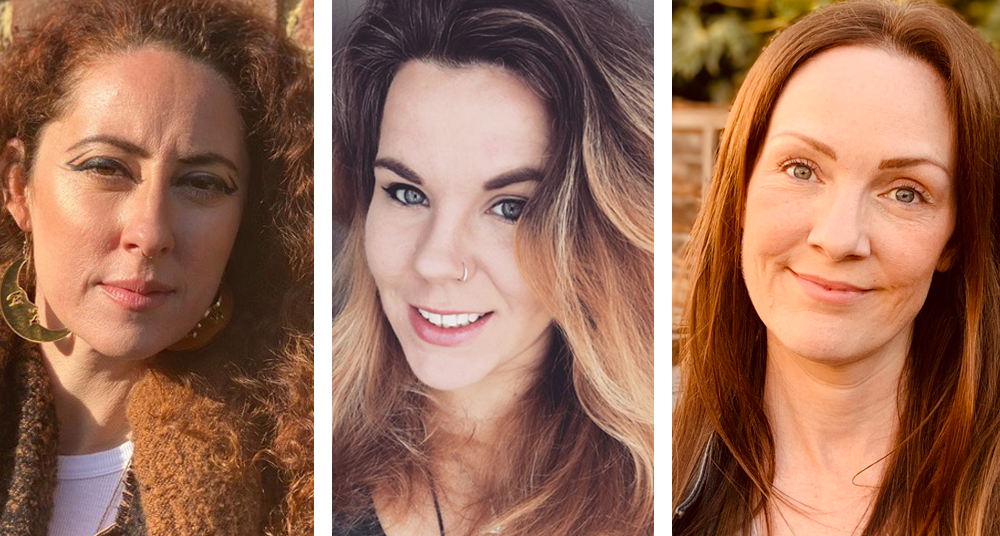 ‘If we can encourage girls and women to have that realisation, the same time that men do at five years old when they're given a guitar, I feel that's going to help change things.’

By Stephanie Phillips 2 Mar 2021
Back to top