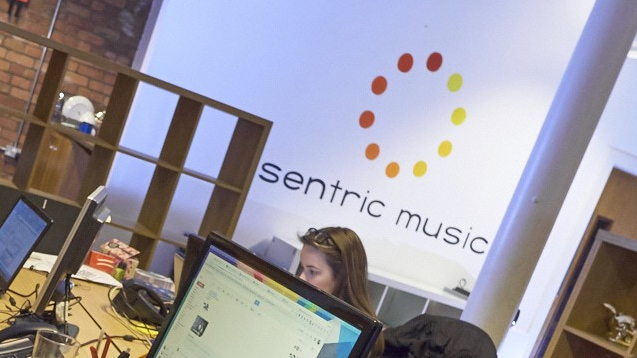 We catch up with Liverpool music publisher Sentric Music to explore the importance of their business from their North West base.

Sentric Music is a music publisher first formed back in 2006 in Liverpool. Since the the company has grown quickly, calling itself home to 80,000 songwriters across a variety of stages in their careers.

Originally headquartered in Liverpool, expansion has been at its heart with offices now in a variety of locations including London and New York. With a new 28-day rolling contract aimed at making it easier for new acts to work with a publisher, we spoke to the company’s chief executive officer Chris Meehan to find out more about the company and its roots in the North West…

What was the thinking behind setting up Sentric Music?

In 2006, when we set the business up, we felt publishing was something that artists generally didn’t get to grips with, especially at an early stage. The first income a band will generate after writing a song will be live performance income when they play locally. There wasn’t any infrastructure to help artists collect these valuable publishing income streams and no real source of valuable information to help guide them. We wanted to create that.

Who or what projects and artists have been keeping you busy?

Keeping up with our expansion has been keeping me personally busy of late - we now have teams in London, Germany, Holland and the US and we’re putting in a lot of work to make our offering in those territories as strong as it is in the UK.

We have re-branded the business as part of our tenth anniversary refresh and are lucky to be working with an amazing roster of artists/writers/publishers who we’ve achieved chart success with so far in 2016.

Has it been a challenge to maintain Sentric in Liverpool rather than London? Or has not being in London worked to your advantage as a music business?

Being in Liverpool certainly has not been a disadvantage to Sentric as a business. Liverpool is an amazingly vibrant city with music and creativity at its heart. Among other benefits, we have access to amazing talent at the universities and colleges here that have been a huge and untapped resource for us when it comes to grow our team of executives.

The first thing we bought before incorporating the business was a London phone number, and we now have a London presence so we get the best of both worlds.

How important is music publishing to new and emerging artists?

I maintain that music publishing and associated income streams are as or even more important than anything else for a new and emerging band. The problem is they are almost always an afterthought and that shouldn’t be the case in 2016. I’m personally really proud of the amount of money that we’ve generated for our artists/writers. The moment you see the real impact it can have is when an artist or writer can quit their day jobs. Not from an advance, but from the money that we’ve earned as a team.

Liverpool seems to be enjoying a bit of a moment music wise, in terms of new artists, festivals and events. Have you any thoughts on this? What has contributed to this explosion of new talent? And why is it happening now?

I think that it has always been happening - we’ve just not been that great as a city at telling people how good it is. Liverpool Sound City is now at in its ninth edition and has gone from strength to strength, new venues are constantly popping up and you have the likes of the Liverpool International Music Festival (LIMF), Liverpool Music Week, Liverpool Psych Fest, Threshold and a whole host of others that promote new and emerging music.

Liverpool as a city has also changed dramatically in the last ten years and the exciting and vibrant atmosphere surrounding the creative sector allows great new artists to develop here.

Is there plenty of industry infrastructure in Liverpool to support new music talent?

The infrastructure in Liverpool is certainly on the small side, but it doesn’t lack quality or opportunity for new music talent. There are a handful of amazing recording studios committed to helping new talent, an abundance of music festivals and the likes of LIMF Academy, Ditto Music and the GIT Awards all making it a great place to start out.

The rehearsal spaces in our building alone are a great way to develop and it’s extremely cost effective.

Have you any words of advice or wisdom for new acts looking to stand out and make themselves heard?

Write great songs, stay true to your ethos and take yourselves seriously. Running a band is like running a small business and you need to ensure that you’re set up well with a good team so you can focus on being the best you can. By doing this, all the right people will hear you.

Growth of the company and a commitment to ensuring our service and infrastructure are delivering as much value to our songwriting and publishing clients as possible. We’re making our platform more intuitive and ensuring that we can deliver great results without having a big administration burden.

Check out all our interviews and features celebrating the current crop of composers and musical artists doing their best to put Liverpool on the map.
Features
Back to top