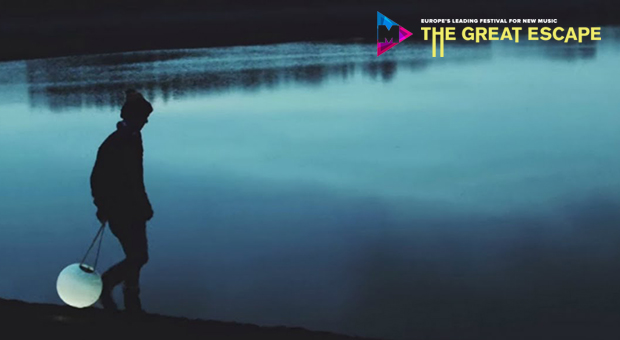 Seafret's Harry and Jack chat sea, surf and songwriting ahead of their jaunt to The Great Escape...

Together, Jack Sedman and Harry Draper have perfected the whimsy of modern folk-pop and anchored it with rare observational insight.

Like The Lake Poets jamming with Bon Iver and Owl City, they set their pop nous against the most delicate acoustic fingerpicking with striking effect.

Already championed by Zane Lowe and Huw Stephens at BBC Radio 1, the pair look set to make a huge splash this year.

We chat to Harry and Jack to learn about their songwriting and find out what’s in store for their gig at The Great Escape later this week (15 May, Komedia, Brighton).

Your releases so far have been really well received – what do you make of this?
It's an incredibly exciting feeling to see people from all over the world sharing our songs and connecting with them emotionally. We've recently returned from a trip around Europe and that was really the first time we became aware of how universal music can be.

Where do you best like to write your music? How does it tend to take shape?
We're always writing, no matter where we are. To put the songs into a final shape we usually get together in places that we know we won't be disturbed. Whether it be in a studio or our holed up in our front room.

Who does what?
Harry: My role is to write as much music as I can, I'm constantly playing and searching for new sounds, usually on guitar or piano. Most often than not, I will find a piece of music I feel can be developed and show it to Jack. He then works on the melody and then finally lyrics. He's got books full of lyrics that he's always writing in. After that, it’s all about getting the song into a final shape until we feel the song is delivering the right emotion/message we want it to.

What are the main influences on your sound?
Like most, we are influenced by what's going on in our lives and the things we see and hear. We listen to a lot of music, and more recently we've found ourselves paying attention to different types of production and atmospheres within tracks. People such as Hozier, Royal Blood, Gaz Coombes, Florence + the Machine, The Districts and Sia seem to have been on repeat just lately.

How has your home town of Bridlington influenced your music, if at all?
The sea has always been a major influence in our music, it comes through in the lyrics, atmosphere and even the band name. Growing up on the coast has had a great impact on both of us and seems to come through naturally in the music we make.

You met at an open mic night – is there a lively music scene in Brid?
We were introduced at a small open mic night in a place called Sewerby, just outside of our hometown. There were a few places with nights on like this, it was a great place to start out and to test our new material. After playing only a few times people would start to turn up to the open mics to watch us and then that led to us putting on our own shows. We will always be grateful to those first supporters, they were the people who pushed us forward and inspired us to keep developing our music.

What are you looking forward to most about The Great Escape?
The main thing for us is the show and spreading our music in a place we've never played before. Events like The Great Escape are excellent because you can see such a variety of new music in one day. We're always inspired hearing new music.

Do you approach showcase gigs like The Great Escape differently to regular live sets?
We have different ways of approaching shows, depending on the stage and venue. If we want to show the songs in a stripped back and raw way, we do the show totally acoustic.

If we feel the show requires drums and some more atmosphere then we will travel with our band. This way of working our music keeps it interesting because people don't know quite what they're going to get. It also keeps it exciting for us because every show is unique and different in its own way.

What do you hope to get out of going down there this year?
To us, fresh music equals fresh inspiration. We always come away after hearing new music thinking, 'let's write some more songs'. Other than that, we hope people enjoy our performance and connect with our songs.

If you could perform with anyone onstage at The Great Escape, who would it be?
We're really into Jack Garrett right now, to perform with him would be great.