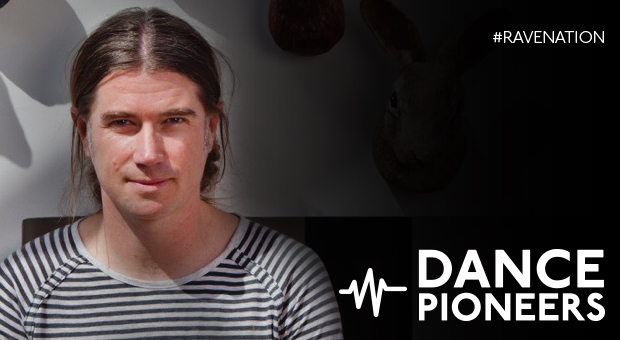 ‘Electronic music has never been better’ - Bestival and BBC’s Rob Da Bank is enthusiastic about the health of dance music and he’s well placed to know.

Having been a lover of the genre for 25 years, Rob has enjoyed a wonderfully eclectic musical career as a journalist, DJ, label man at Sunday Best and as a BBC broadcaster. As head honcho of the Bestival brand he’s sitting atop a whole heap of events including the original on his native Isle of Wight, plus the Camp Bestival spin off. 2015 has seen him add even more festivals to his portfolio including a Canadian version of Bestival in Toronto and new event Common People in Southampton.

Many of these are all shortlisted for prizes at the UK Festival Awards, showing off just how adept Rob and his team are at running events and putting ace line ups together. As part of our #ravenation feature, we caught up with Rob to discuss festival bills, electronica and what the future of beats and bleeps looks like…

The Fatboy Slim, the Chemical Brothers, Leftfield and Underworld have been at the top of their respective games for 20 years - how do you think they’ve been able to sustain such success?

That’s a good question - it’s remarkable that they have and that must be testament to not only the classics they wrote back in the day but how most of them have managed to keep knocking out great records or at least a hit single here and there.

If you look back at the birth of those big electronic acts they kind of set the benchmark for how to do it on record and live, so they’ve managed to keep at the top ever since.

They are also all great personalities in different ways ... Fatboy’s the showman, the Chems are cool and underground, Leftfield make incredible timeless music and Underworld nailed it with the Olympics as well as Karl being a fantastic frontman.

Looking at some of the UK festival line ups of recent years, these acts have continued to be massive, headliners - how have they continued to be such draws, particularly to such large British crowds?

Again these classic records have stayed in record collections and been passed down to younger generations. My kids know who Fatboy Slim is, the 18-24 year olds who populate much of Bestival love The Chemical Brothers as much as I did 20 years ago. Electronic music is very good at keeping artists young I reckon!

What does this mean for the general state of electronic music? Is there an increasing thirst for nostalgia? And if so, how can the scene surpass that?

Not at all, it’s all very well booking some of them one year but the next year you might have Flying Lotus or Skrillex, or if you’re into EDM, then Tiesto or someone. There are enough new superstar electronic acts if you think about it … I’ve followed electronic music for 25 years now and it’s honestly never been better. A lot of electronic stuff is in the charts which is good for some careers but more importantly the underground is blossoming like never before. There are so many amazing genres and sub genres and I think festivals are responsible for a lot of this enthusiasm and growth

Is it a negative reflection on the scene that these so-called ‘elder statesmen’ of dance aren’t being replaced by younger acts? Or is that something that is yet to come?

Like I say a healthy mix of the veterans and young ones makes a good scene ... to have David Rodigan, Skrillex, Flying Lotus, The Chems, Annie Mac, Mark Ronson, Seth Troxler, Andrew Weatherall and Reprazent all mixed up at Bestival is exactly what people want … new and old together still flying the electronic flag.

Who are you tipping as the sort of acts to take on the mantle of The Chemical Brothers and Fatboy Slim?

Obviously Disclosure aren’t doing too badly! Rebel Sound could make a great album but I’m not sure making incredible albums is number one priority anymore … being festival headliners is actually more important these days.

Check out our interview with Mark Archer from Altern8 and keep your eyes peeled for more #ravenation content over the course of the week.