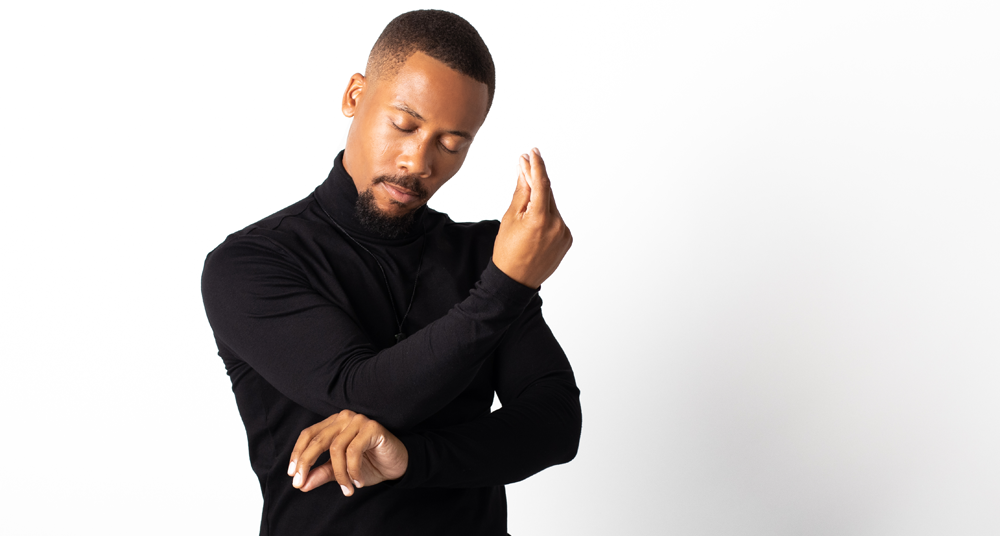 The award-winning composer, songwriter and producer Renell Shaw is one of the UK’s most talented instrumentalists, whose recent work etches the vibrant legacy of the Windrush generation into Britain’s musical history.

In December, Shaw was awarded an Ivor Novello Award for the Jazz Composition for Best Ensemble with The Vision They Had, part of The Windrush Suite, the EP with an introduction from jazz legend Dave Holland, percussion from Orphy Robinson MBE and phenomenal vocals from Sahra Gure and Afronaut Zu in Too Loud, Too Proud.

Following the release of the video for The Vision They Had, Kaeshelle Rianne caught up with Renell Shaw to dig deeper into the making of The Windrush Suite and developing the suites into live theatrical performances.

Kaeshelle: Winning the Ivor Novello Award is a major achievement, congratulations! What does this award mean to you?

Renell: It’s very humbling because the award is judged by other songwriters and composers, so that’s my peers or people that I aspire to be like. Their recognition of my work means, ‘we see we see what you're doing, keep doing it.’ There are only really two awards that I've ever wanted to win and that's one of them. I won't say what the other one is until I win it.

Kaeshelle: The Windrush Suite has a clearly defined political narrative, which questions the status quo and takes a closer look at the experiences of the Windrush generation. Can you talk about your inspirations for the EP?

Renell: I was approached by Kathianne Hingwan, who works at the Vortex Jazz Club. She initially had the idea for a composition commission. She wanted me to get involved and write something commemorating and honouring the Windrush generation. So when we got the PRS funding, it was like, ‘Wow, I really have to do this now,’ ‘How am I going to speak about the Windrush generation and what they've done?’ Then I stopped and thought, ‘What you mean they? That's grandma and granddad!’ It's so easy to get caught up in the documentary-style way of doing things externally.

The problems aren’t new, the stories are just the life, adventures, successes and struggles that my grandparents’ generation endured. But normally I'm hearing them at a family party, holding a paper plate with some hardo bread and chicken. I see their lives as history; I have to ask how we document this because I'm fortunate to still have them all here. Instead of hearing what I'm used to, I listened like a stranger, recording it and responding musically.

Kaeshelle: You weave historical references into the suite, including protests against racial injustices in Purgatory and voices of Caribbean elders. How did you collect the recordings and what effect did you want to create?

Renell: I had conversations with family members, people of the Windrush generation and those who came after, including my mum who speaks in Bacchanal. If I start a conversation, my grandparents will finish it because they love to tell their stories and I love to listen. There's an old saying that when an elder dies, it's like a library is lost. For me, they are my library. I have hours of footage, so the hard part wasn't getting them to talk but choosing the bits that could sum up specific parts effectively. I also wanted to create familiarity, so other Caribbeans can go, ‘Well, that kind of sounds like my grandma or granddad’ or ‘I've heard that before’. And the reason for doing that is to create a subconscious sense of unity, in times where we feel like we're so divided as humans. I wanted to find a way to kind of remind people ‘Yo, unuh come from somewhere, you're not alone in this, we see you.’

Kaeshelle: Why was it important for you to blend genres throughout Too Loud, Too Proud?

Renell: If I'm honest, it's a response to how my generation takes in music. We were the first generation to receive 1,000 songs on one device as kids, so we were sharing and open to all this new music. Maybe before with my parents and grandparents, if you listen to a certain sound, your style and fashion were dictated by that, as with soul, reggae, or funk. I went to a very multicultural school, so I'm a big reggae fan, funk, jazz and blues, but I also love grunge music, rock, indie and country. I've been immersed in this stuff since I was 16. I allow the story to tell itself, so I didn't think, ‘I'm going to add a bit of this and a bit of that’. I'm always just playing, writing, and listening to what's missing.

With Too Loud, Too Proud as an example, I wasn't going to rap on it at first, it started with just the second half, speeding up. Then I decided it needed to be a transition piece, something to take us from that energy into the suite that comes after, Echo in the Bones. At the end of The Windrush Suite in Too Loud, Too Proud, with the last words I say, ‘It may be time for revolution,’ then it’s my speech, ‘Every revolution needs a leader but every leader doesn't need to be a public speaker.’ It's about creating a revolution of the mind, and the Caribbean thing is always going to come out because it’s my blood, it has to swing.

Kaeshelle: The stunning video for The Vision They Had has such a poetic quality, how did it come about?

Renell: My thing is telling stories and my tool is music, but my fiancée, Delycia, is a West End performer, dancer, singer and actress, she choreographed The Vision They Had. As much as I've been working in the commercial music world, I’ve had a parallel career in theatre since 2002, working with the Hackney Empire, the Southbank Centre and other theatre spaces. I love theatre and wanted to find a way to put The Windrush Suite, Echo in the Bones and the third piece I'm writing on the stage. I didn't want to limit it to just music.

Delycia was already involved in The Windrush Suite, shaking seasoning with me and tap dancing at the end. We spoke about what I was trying to convey narrative-wise, then she got to work, figuring out how to make the dancers move. She got in touch with her theatre friends, so everyone in the video is a West End performer. I wanted to propose it in a way that theatre could look and think it could be a show. Why couldn't it be on five nights a week somewhere in town?

Before the world even began to open back up, I wanted to lead by example, showing how I see The Windrush Suite. It involves visuals and dance because when you look at Caribbean and African culture, we tell our stories through so many things from fashion, dance, spoken word, and griots, who are storytellers, through music and drums. I heard a few people say they want to learn the choreography or asking when they can see it live, so they’re no longer talking about the music, which is really cool with my goal being to get as many people to understand the story.

For the video, I worked with an amazing director, Otis Dominique, who has done cool things with Kojey Radical and Jorja Smith. What I liked about his directorial eye is that he knows how to make you feel like you're not watching it, but you're in it, all through his angles and how he cuts between shots.

Kaeshelle: What has been the response to The Windrush Suite and were there differences among generations?

Renell: Massively. I think The Windrush Suite got more of a rounded reception from my elders and peers, who thought it was interesting and thought-provoking. But then I realised I was excluding certain people, so with Echo in the Bones, I wanted you to come with an energy that had a bit more fire to it. I found the younger generation, like teenagers and early 20s thought Echo in the Bones was cool. I think if you like one, then you will trust me and you'll be willing enough to explore the other, and vice versa. Not to say that my elders didn’t enjoy Echo in the Bones too, but I think what they're looking for was easier to find in The Windrush Suite.

In Echo in the Bones, the narrative continues beyond the Windrush. It starts to talk about—not slavery specifically but—the psychological impact that slavery and racism have had; the experience of my mum's generation and some things I encountered. It wasn't always in your face like it was with my grandparents’ generation, it was more institutionalised. Sometimes you're sitting there going, ‘Hold on. What's that? Am I?’, questioning yourself. I wanted to just open up that side of things for discussion with Echo in the Bones. So responses have been different, fortunately, they’ve all been positive. I'm assuming that's because I'm not trying to dictate, I'm just telling the stories from my perspective.

Kaeshelle: So you mentioned another project, what are your future plans?

Renell: I am writing the third and final suite, it's called is called Griot, which translates as a storyteller. I'm focusing on the idea of folktales, myths and legends you hear in African and Caribbean culture. In Yoruba culture, you have gods like Shango and orishas, but why don't we know about them? I know some folktales from the Caribbean like Anansi. I can tell you about Norse, Celtic and Greek gods, but I can't tell you much about African and Caribbean gods. It's through mythology and folktales that our culture and lineage is continued, so I'm in the process of working on that.

I'm also developing all three suites, figuring out what that looks like as a live performance with dance and visuals. I've also been working on some small orchestral stuff but I'm going to hold out on that. I'm just trying to put myself in spaces to let people see and think they can be here too, leading by example.

Keep up to date with Renell Shaw via his website, Instagram and support The Windrush Suite on Bandcamp.