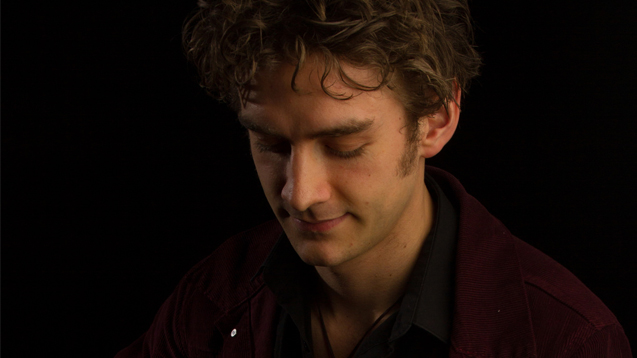 Remi Harris is an exciting new jazz guitarist from the UK whose musical style purloins from the sonic realms of blues, jazz, hip hop and world music.

This young musician started out as a rock guitarist with his local group Mars Bonfire but found the format too limiting for his broader tastes. It was a good decision to open up his playing and writing with plaudits since landing at his feet via the Culture Trip, Jamie Cullum and the British Jazz Awards.

With his second album, In On the 2, just out, Remi has also been announced as one of the three acts invited to the Montreal Jazz Festival via the PRS for Music Foundation and BBC Introducing alongside Mirror Signal and Dakhla Brass. We find out more from this jazz artist in our new interview…

I've always been into music, I can't remember a time when I wasn't. My Dad listened to a lot when I was growing up so I was exposed to his record collection from an early age. He also played the guitar and I used to watch and listen to him practising. This all led me to get my own guitar when I was seven. My early inspiration was mainly from sixties and seventies rock and blues, bands like Led Zeppelin, The Beatles, Neil Young, Lynyrd Skynyrd and Jimi Hendrix. Then in my late teens I started getting interested in jazz.

Who or what inspired you to start writing your own music and compositions?

I wrote my first song when I was eight and have been writing ever since. I don't know what the original motivation was when I was a kid, it just felt right to make stuff up.

How do you approach the creative process and your songwriting?

Most of the time it will come from just having a jam, I might play something that sticks, then I'll try to develop it into something more. It's usually just a small idea to start with.

For those unfamiliar with your and your music, what should they listen to first?

I have two albums out at the moment which are both available through my website.

Well done on your funding to the Montreal Jazz Festival - what are you hoping to get/experience from the event?

I'm looking forward to going to Canada for the first time. My main focus is to play well at the concert and hopefully people like what I do and it might lead onto something new.

What are your thoughts on the health of jazz music?

There's a lot of competition in the jazz world, there are loads of great players coming out of universities all over the world every year, and so the only way to get noticed is to be different and do your own thing. If you have your own voice and work hard, opportunities will come to you. The harder you work the luckier you get.

Which new artists are getting you excited?

I think Jacob Collier must be one of the most exciting new artists around at the moment. I love what he's doing. I also really like Dakhla and Mirror Signal and I'm looking forward to hearing them at our concert together in Montreal.

That's a hard question to answer. I think I would like to collaborate with a producer from an electronic background, I love hip hop and electronic music and I would love to see if I could mix what I do with that kind of style.

What does the future hold?

My main focus is to keep playing and learning as much as I can. I'm also hoping to start working on my next album soon.

Don't stop learning new things. I would also recommend studying the old jazz standards. A lot of the harmonic fundamentals are in those old songs and knowing them will help you with your own compositions.

Read our interview with fellow funding winner, Mirror Signal
Features
Back to top