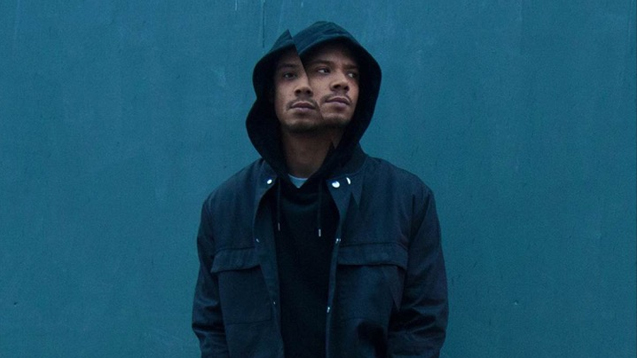 If you don’t recognise the name, then you’ll almost certainly know the face of fast-emerging singer songwriter Raleigh Ritchie.

Raleigh (real name Jacob Anderson), as Grey Worm in hit TV series Game of Thrones, is already a star. But it’s now his music and songwriting craft which are thrusting him centre stage.

Over the past 18 months, Raleigh has been burrowed away working on many of the songs that make up his debut LP, You’re A Man Now, Boy. The record, which features collaborations with man of the moment Stormzy as well as a range of producers who’ve also helped Kendrick Lamar and fellow Brit Kwabs is out at the end of February - its mixture of urban styles, soul bearing songwriting and grimy edge has already been ear marked by critics and has seen his music all over BBC Radio 1 and 1Xtra. We get to know Raleigh his music, his hopes for the new record and why his songs offer him release…

I started by just writing in my exercise books at school, just about how I felt. I didn’t really talk to other people a lot as a kid. And I definitely didn’t talk about what I was feeling. When I started really listening to music, a lot of the things I loved were really confessional and very personal to the artist who was making that music. I saw a correlation between that and myself and came to the conclusion that writing songs could help. It became this incredibly cathartic thing.

That was the beginning. And my love for so many artists - Steve Wonder had the most amazing way of getting emotion across in his chords and voice. Morrissey sounds so pained, his lyrics so conversational. You know. I could list so much music I was getting into back then. I wish I still had that ability to sit down and soak in music like that.

Is songwriting still a release?

Yeah. When it stops becoming that, then I should probably stop doing it. That’s the thing that drives me to write. I’m still not that good at being forthcoming about my feelings, things that trouble me. The best way for me to deal with everything is to write it down.

You’re A Man Now, Boy is your upcoming album - what is it about?

It’s about the pressure that we all feel about being an adult. It’s about the expectations of acting in a certain way because I’m an adult but really not feeling like one and failing to understand what it means. Some of the songs, I wrote closer to the delivery of the album, then some I wrote four years ago. There’s been some sort of growth I guess but I don’t know if I’ve gotten better. I just word things differently. I’m the worst at self-analysis!

So it’s taken a while to make the record?

Yeah the oldest song is about four years old. It’s been about two years since I was kind of like, writing for an album. Before that, I was writing just because I always have but it got to a point where I thought it’s now time to start focusing, writing a record.

Keep it Simple features Stormzy – how was working with him?

Great - I’ve worked with him a few times now and he’s just a really cool guy. He’s very intelligent and passionate about music. I don’t think anyone realises just how important he’s gonna be. He’s got a talent for songwriting that I don’t think people have fully recognised yet. His releases so far, shows that he’s definitely got a fucking way with words. But as a writer, I’ve heard a couple of things, I had no idea he was so good. He’s a very special artist and we’re gonna see that over the year. I can’t wait for the record.

What are your hopes for your record and what else you up to?

I just hope it means something to someone. When I say that, some people say that seems like a small dream. But to be honest, the way I listen to music is all based on relating to something, or feeling like someone understands me because they’ve felt the same way. If ten people can listen to the LP and they can understand themselves better or relate to the shit that I do in my life, then that’s the most that it could mean to me.

How did you find yourself as an actor and a songwriter?

It’s not really a thing for me. I’m always writing songs. I’ve always done it. There’s not been a transition. It’s fine. I don’t do a lot of acting at the moment so it’s just six weeks on Game of Thrones, then the rest is writing, doing shows or whatever. It’s easy to balance. I don’t know how it happened but it’s always a bigger thing for other people rather than me. I’m just doing this to enjoy it.

What can new songwriters do to make sure they succeed?

Always be 100 percent honest. The songs that mean the most to me have been the most natural. And that’s the most you can do.

You’re A Man Now, Boy is released on 26 February. Catch him on tour in April across the UK.

Watch the video to Never Better below.