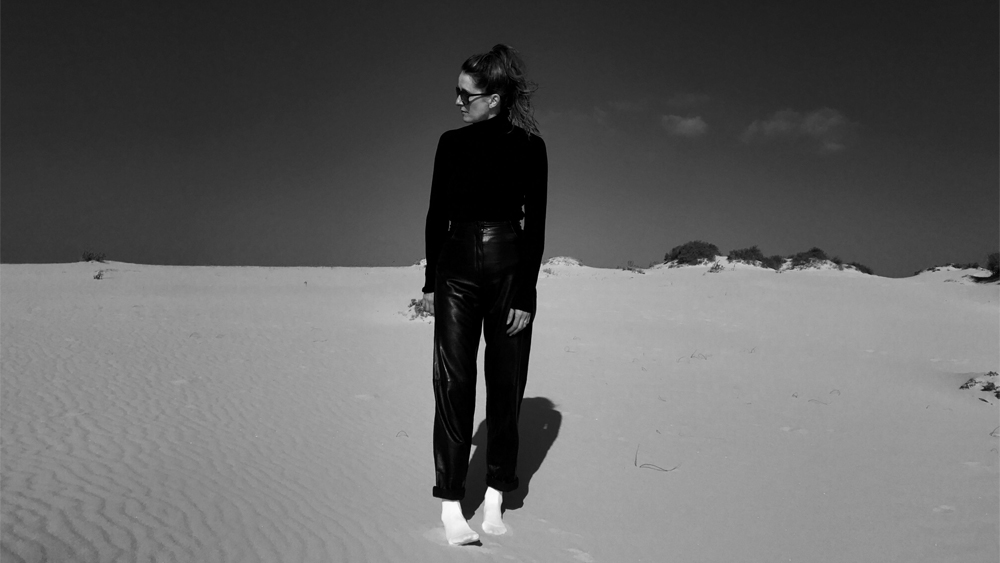 ‘Barriers are constantly being broken down and there is a growing audience for more and more challenging music,’ says atmospheric soundscaper Penelope Trappes.

‘Barriers are constantly being broken down and there is a growing audience for more and more challenging music,’ says atmospheric soundscaper Penelope Trappes.

Penelope first began challenging listeners through her experimental projects Locke and Priscilla Sharp, before moving from her native Australia to New York where she formed the electronic duo The Golden Filter with Stephen Hindman.

In 2014 she relocated to London and while maintaining the band, she also ventured into solo territory with her 2017 debut Penelope One.

Taking her cue from Scott Walker and This Mortal Coil, the record explored a far more introspective path than the motoric electronics of collaborative work.

While that vintage 4AD touchstone is undoubtedly evident in the glistening reverb-drenched tracks of her debut and its 2018 follow-up Penelope Two, she was also caving a unique trail through the contemporary electronic landscape.

Taking a fascinating sidestep for her next release, Penelope approached a diverse range of artists to remix the tracks on her second album.

Penelope Redeux features reworkings by an impressive cast of artists from Cosey Fanni Tutti and Mogwai to Poppy Ackroyd and Throwing Snow.

The interpretations throw an often unexpected and curious light on an already singular work.

Here, Penelope gives some insight into the motivations behind her latest release, her thoughts on the contemporary electronic music and the lowdown of the forthcoming Golden Filter album…

How did you first get into making music?
As a kid I had learned piano for about 10 years but never felt comfortable with music theory, so traditional composition seemed like an unattainable option. My teachers were strict and only encouraged me to play other people’s music. It was all very regimented, and I really didn’t enjoy it.

Thankfully I had a passion for performance that I nurtured which kept me within music. I studied opera, and later on, jazz as well as being in indie bands. Jazz definitely encouraged me to explore avant garde sounds with the freedom to improvise and different ways of interpreting music. When I moved to NYC I started working with Stephen and we formed The Golden Filter. That's when I began to explore writing my own songs. His approach was very punk and DIY, as he had no training in music at all, and he was super encouraging.

What was the thinking behind Redeux?
Initially the idea was suggested by my label, Houndstooth, to get a couple of remixes of ‘Penelope Two’ which I took as an exciting opportunity to find a way to express my ideas about what I feel a ‘remix’ can be. I have always loved when artists really stretch their own creativity with their own reinterpretation of other people’s songs, whether as a cover or as a remix. I knew I would be looking for a very unique take on Penelope Two.

One of the most important things I wanted was there to be a balanced mix of artists in regard to gender and genre. I wanted to avoid the ‘normal’ remix formats that are traditionally tools meant for DJs and the dancefloor. So what started out as one or two artists being mentioned, just kept growing. There were so many amazing artists that I wanted to possibly have work on Penelope Two.

Redeux - as in ‘redo’ - was about handing over my songs, in complete trust and with complete creative freedom, to other artists. Each artist chose the song that moved them most, the one that they felt inspired by enough to want to work with. I wanted their own creativity to drive the direction of the choice of the song and how they would rework it.

The record has an impressive list of names attached. How did the collaborations come together?Some of the collaborations came about through me reaching out to the artists directly via social media. Other connections were put together with the magical assistance of Houndstooth. I am really honoured that nearly everyone who was approached was happy to contribute and had the time in their schedule.

Which of the reworks surprised you the most?
It is extremely difficult to pick any one rework. They are all unique and fantastic in their own way. The surprise is in the vast difference of each individuals reinterpretation and the interplay between each of them as you listen to the whole album. I love that.

Do you have any other dream collaborations you’d like to fulfil?
Yes, many. Perhaps too many to fulfil in one lifetime. The fresh and inspiring ideas that can come from combining creative visions are an example of the beauty and power that can come from our human connectedness. So this is very difficult to limit in choice! But if I had to choose a couple:

My daughter – her voice has a certain timbre quality that is like mine (ha, genetics) which would make for some beautiful harmonies that I would love to explore. Also she writes her own songs that have incredible depth in their storytelling. That would be magical.

I would also love to co-write a score with Nick Cave and Warren Ellis for a yet-to-be-conceived film, collectively Directed by Jane Campion, Brit Marling and Miranda July.

And the great Patti Smith – to listen, discuss, write, sing, and commune with her would be a dream.

What did you hope to achieve with Redeux?
I wanted Redeux to be a collection of reinterpretations of my work that created another world for the songs to live in. A microcosm where the words and melodies would be reborn with new creative energy. Also, I felt like it was a way to connect with other artists on a more personal level.

Has it forced you to look at the songs on Penelope Two in a different way?
Yes. Naturally Redeux has shown different angles and emotions to Penelope Two. It has given it a new depth. At times solemn moments were turned upside down and light was thrown into them. And then on the flip-side, solitary sounds and feelings became rich and warm in texture, bringing new life and a sense of communal hope into the piece.

You’ve got another release coming up in July with The Golden Filter. What’s the story behind Autonomy?
Stephen and I have been working together on music for over a decade… and have been mostly self-sufficient in our ability to look after ourselves, and do everything ourselves, which I think is important to be able to do in these times. ‘Autonomy’ is a celebration of independence, as well as a celebration of being outsiders… misfits even.

Does the work you do in the duo influence your solo work and vice versa?
For sure. As a duo you are part of a creative team. Ideas are bounced back and forth and they become more about a ‘collective mind’ whereas my solo work is far more personal and introspective. After collaborating as a duo for many years, it is lovely to be able to go off to my own studio and disappear into something, not discuss it, just let it be. It is a creative meditation for me.

There is also a strong difference in the energies that I put into each work. I usually liken it to Taoist philosophy - my solo work is very Yin, the feminine energy, and the force I put into The Golden Filter is the Yang, masculine energy, which is a lot more obvious during the live shows of each project.

How do you feel about the electronic music scene in the UK currently?
I am super excited by the diversity of what is being created right now. Barriers are constantly being broken down and there is a growing audience for more and more challenging music.

What do you have in store for the rest of the year?
Other than continuing to play live, I am mostly planning on spending time immersing myself in continuing to write Penelope Three. I will also be developing ideas for another multimedia gallery show to accompany the release of the album, as well as creating a third photo book.

Penelope Redux is out now via Houndstooth. The Golden Filter's Autonomy is released 5 July via 4GN3S.