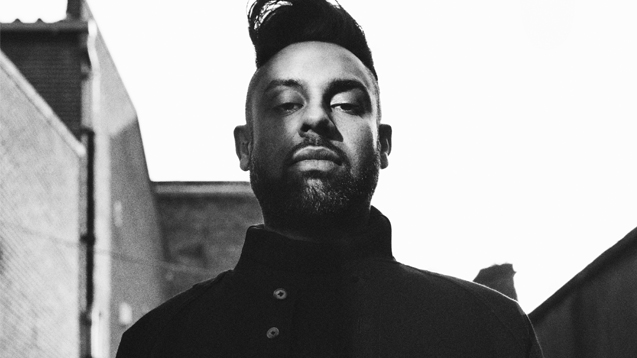 Are you a producer or songwriter looking for easy ways in which to connect with musical collaborators from across the globe?

Well new social platform Brapp is probably for you, an app allowing producers to upload beats and artists to record a one-minute video on top, mix down the audio, add audio and visual effects and instantly share the results with their followers.

The founders, brothers Niki and Pavan Mukhi (also from Foreign Beggars), believe this is a way of breaking down barriers between emerging and established artists while also acting as a great A&R tool for events and labels.

With backing from respected rappers Mikill Pane and FRAZE, plus festivals such as the Brighton Music Conference in support, the company has just announced details of its new YouTube TV channel and label in partnership with distributor Believe Digital. We caught up with Pavan to find out more…

What was the thinking behind Brapp?

We were looking for a way to revolutionise distribution. When we were living in Dubai, where myself and my brother grew up, we played on a whole load of records. But we couldn’t get them there because of territory laws surrounding distribution deals.

So we wanted to change the distribution model - artists make music for everyone, not just people in specific places. My brother launched this Making Music app and while we were making that, Brapp came into mind, the idea that we could connect producers with artists all over the world and create this new kind of licensing structure within the app to enable people to perform on other people’s music and share for non-commercial purposes. It’s to connect artists on a global stage and social media has been a great way of doing it.

How has it been since the initial launch?

We did a soft launch about six months ago to artists and various music industry professionals and from there, it’s just been word of mouth - but we’re now in the many thousands of people signing up. It’s been slow and steady with the campaigning as we wanted to test it first, then upscale it. But it’s been nice to see artists all over the world connecting and collaborating with each other, plus festivals like the Brighton Music Conference and Boombap getting involved too.

Is this network building one of the biggest challenges for new artists?

Yes - emerging acts reaching out to established ones can be difficult. This breaks down that barrier. It takes away the awkwardness or middle man. If an up and coming artist hears a track by Roni Size on the app, they can go ahead, perform on it and share it. Then he will get a notification and they can check it out. If they like it, they can get in contact. It removes a lot of admin on both sides. People don’t have to write cover letters or thrust a CD on someone. So this helps take away the bullshit in the middle between these creators. It’s generally for collaboration and means each party can hear straight away whether the relationship works or not.

As an A&R resource it’s useful in that regard too?


Yes it can be really cool as you can see established artists from all over the world sign up. We do some digging on these music makers and find out they have a following so it can be really interesting. We have artists in 80 countries using the app and it’s a way for new acts to tap into these localised scenes. It exposes another layer particular to a place on an artist who might not have a reputation outside their own sphere.

We want to make it more global - and more activations with artists. We’re launching a YouTube channel which is taking the concept of a one take performance from Brapp further, plus a record label, a publishing company and potentially artist management too.

Are there any other challenges for new and unsigned artists that they should be preparing themselves for?

It’s strange now as you can do so much from the bedroom, but there’s so much you need to have right. The main thing I think is to get your message correct from the beginning, find out who you are as an artist and what you want to do. If you’re unsure on your sound, then you’re not ready to come out just yet. You need to align who you are with what you’re saying and I think, once you do that, figure out your style and branding. Work out the network of artists you want to be associated with and research how you can place yourself with them. Obviously there’s all the social networks too, so work on the best ways to communicate with your audience. And never let up on the quality. Give them quality content as much as possible and keep it consistent. The new generation are already well tuned in to this as they have to curate their personalities online all the time.