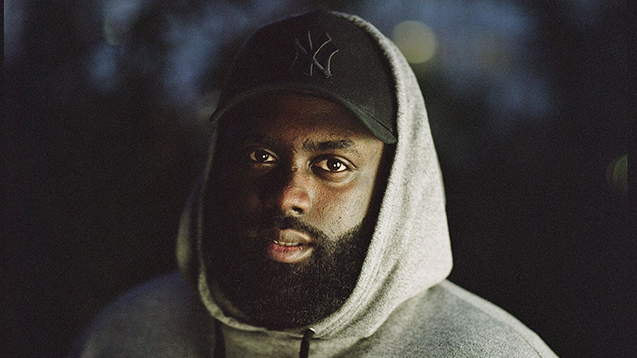 'I'm really good at storytelling. I pay attention to detail so when I tell a story, I go pretty deep' - the grime MC on his candid approach plus staying independent...

'I'm really good at storytelling. I pay attention to detail so when I tell a story, I go pretty deep.'

Paris Moore-Williams, otherwise known as P Money, is chatting about his candid approach to music-making. Since the early 2000's, the south-east London grime MC has been holding the fort as one of the leaders of the underground scene, starting out with the Fatal Assassins crew and going on to work with some of the UK's biggest artists: from Ed Sheeran and Example to Skepta, JME and Wiley.

Since then, he's appeared on the main stages of some of the world's biggest festivals and released prolifically, putting out mixtapes, EPs and singles by the bucket-load.

Earlier this month, he took part in Native Instruments' inaugural BARS careers event, which gathered leading DJs, artists and tastemakers for a programme of workshops, Q&As, roundtables and live shows.

We caught up to find out how it went, plus learn more about what makes him tick...


What got you into music and performing? Was there a moment you decided it could be an option?

I got into music back in school. Wanted to be heard and had stories to tell. I noticed the teacher with the mic was listened to in assembly cause they were the loudest in the room. Doing it as a profession only became an option years later when I dropped out of college. Didn't fancy a nine to five.

Mainly So Solid Crew, Roll Deep, Nasty Crew. Used to record their sets on tape. Mum listened to jungle in the house so I was familiar with that too.

Grime has fully exploded since you got started. What do you make of that and how do you think the scene is looking now?

It's looking really good for everyone. A lot has changed. Before this, it was all about being on TV. Now TV is basically YouTube. It's a lot easier to be seen or heard. Easier to contact your favourite artist. Social media has changed how people release music or even down to how they record music.

How do you think your sound is evolving? Is there anything different you're doing now to when you first started?

I think a lot more about how I approach a track; I try to make sure all ages can understand what I'm saying by working on my clarity or metaphors. I try to make sure I'm not limited in anyway. When the US trap scene became big, I started to try out some of those style beats but I missed the old school grime bounce so now I find myself vocalling beats that's a mixture of the two.

What’s the biggest thing you’ve learned about yourself as an artist since starting out?

I'm really good at storytelling. I pay attention to detail, so when I tell a story I go pretty deep haha. Didn't notice that until I listened to my old stuff – I've been telling true stories for years without even thinking what people might think of me. I also learned I can potentially be a good producer; I always have a good ear for a beat and good input when sitting in studio with a producer.

You’ve just taken part in Native Sessions’ event BARS – what sort of stuff did you cover in your Q&A? Was there anything you took away from it?

Covered everything man. Clashing, the beginning, how I do it now, where I learned it all. I learned that sharing information is key to our scene's future success.

You keep things independent with your music. Why is that important to you and what’s the best and hardest thing about that? Any advice to artists doing the same?

It's important to me because no one goes harder for you, than you. Sometimes it's better to get the job done yourself. My advice would be to learn how to do it yourself. Don't let someone do it for you. They can show you, but don't let them do it for you – otherwise, when they are out the picture, you still won't know how to do it because someone done it for you.

What names are you championing right now?

Jme for life. Other than him, Manga and Big Zuu.

You’ve worked with Ed Sheeran, Example, Skepta, JME and Wiley… who’s next on the wish list?

What are you working on at the moment and what's coming up for you over the next few months?

About to release a joint EP with Little Dee. Late winter, I'll be releasing Money Over Everyone 3, the last in the series and then 2019 album mode.