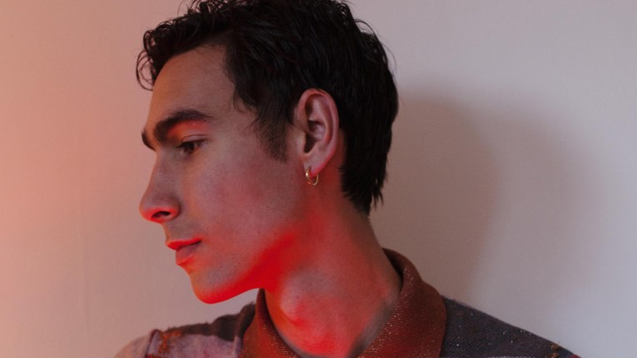 Oscar Scheller is a twenty-something solo artist making wonky day glo pop music. We caught up with him ahead of his trip to SXSW to find out why his music is making waves…

Raised on classical sounds by his parents, he's taken this formal musical upbringing and splattered it all over more eccentric influences blending DIY sounds with lo-fi concepts.

After studying sculpture at St Martin's, Oscar threw all 6ft, 2 inches of himself into songwriting, winning over critics and fans in equal measure with his soul-baring take on pop. With his debut album Cut and Paste due in May on Wichita, 2016 could well be the year for this tall 21st century troubadour. His performance at this year's SXSW has only garnered more hype, proving to be one of the best from the PRS for Music and Huw Stephens showcase at the British Music Embassy alongside the likes of Girls Music and Clean Cut Kid.

Watch our video interview with Oscar ahead of his SXSW trip to find out why he and his music are on the way to the top...