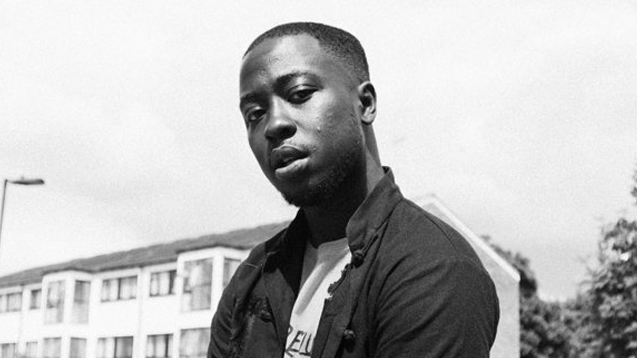 Over the last 12 months Oscar #Worldpeace has demonstrated an exceptional talent over a handful of scattered releases.

Tate Modern is his latest killer, a cut to follow in the footsteps of previous moments No Change and That’s Alright, both produced by Ragz Orginale the studio architect behind the riotious fury of Skepta’s Shutdown.

With his most recent tune giving props to the females in his life, Oscar offers refreshing subject matter for his music and a distinctive style that has led to support from Beats 1’s Zane Low and Mike Skinner and his Tonga Balloon Gang.

My cousin use to have a studio and hold grime sets in his kitchen when I was younger. At that age anything he did I used to want to do, so I would listen and soak up all the information and try write my own lyrics at home.

The same cousin and his friends.

My time hasn't come yet, but it will.

Tate Modern is your latest track - what was the thinking behind it?

I try not to think when making music, I just want it to happen. Whenever I think too hard about it, my music doesn't come out as good as I first expected. In some ways the song could be good to someone else, but nothing ever lives up to expectations when you let your mind over-think. It's always better to stay out of your own way. I'm still learning that part too, getting out your own way.

How do you approach the creative process? Have you a way into your music?

Again, just not trying to over-think and let it flow and let it happen.

I look for inspiration through my peers, myself and conversations. I like talking to people.

Have you any artists you’d like to collaborate with?

I'm really reclusive, which is a good and bad thing, so I don't know how to ask people for things, but I work closely with the people I'm currently around. Ragz Originale is my favourite person to make music with at the moment. But I hope as my journey goes on, they'll be more people I'd have built relationships with and it'll just be a series of natural collaborations.

I have no advice only because I'm trying to work things out myself.

I wish I could predict it, but I'll just do what I have to do to get to the next step. I know this will lead me onto great things.

Listen to Tate Modern below.