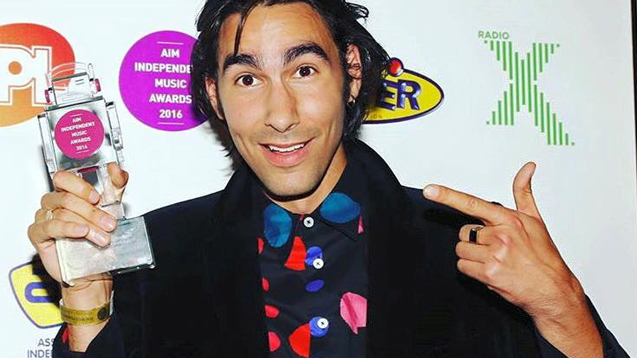 Twenty-something bedroom pop producer Oscar Scheller aka Oscar has become a distinctive figure in indie music over 2016. Watch our video interview with him from the AIM Awards...

Twenty-something bedroom pop producer Oscar Scheller AKA Oscar has become a distinctive figure in indie music over 2016, taking his live show to the festival circuit and releasing the crafty art pop of his debut record, Cut and Paste.

To cap it off, he recently won the AIM Award for best video for his track, Sometimes, directed by Bryan Schlam.

He’ll now be embarking on a live tour as a victory lap for the year but before he packs his bags, we caught him at the AIM Awards to find out what’s next for him…

Watch our other interviews from the night with indie champion Jon Tolley, singer songwriter Darren Hayman and Glasgow label Numbers.
Features
Back to top