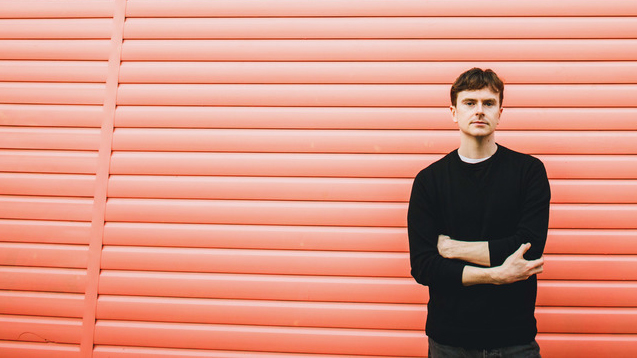 Cellist, composer and producer Oliver Coates is one of the most in-demand experimental artists pushing sonic waves for everyone from Mica Levi to Radiohead and beyond - we go down the aural rabbit hole with Oliver to discover more…

Cellist, composer and producer Oliver Coates is one of the most in-demand experimental artists of the moment, pushing sonic waves for everyone from Mica Levi to Radiohead and beyond.

Oliver’s musical aesthetic lies twitching somewhere between the concert hall and the club, but not as an exercise in nostalgia. Instead, his bleeps lie towards the rawer end of the electronic rave spectrum where he rubs fragmented, smoky rhythms into the bow of his cello with unreal results.

His latest album Upstepping explores the polarities between these worlds, fuelled by a childhood spent practising during daylight hours, and glued to London’s pirate radio at night. It's an innovative approach which has led him to collaborate with some of the more experimental artists from the UK including the aforementioned Mica as well as electronic splinterer Actress and visual artist Lawrence Lek.

After a summer spent programming the Southbank Centre’s DEEP?MINIMALISM festival in June and the new Remain Calm LP with Mica just released, we went down the musical rabbit hole with Oliver...

I remember deciding to play the cello when I first saw one in someone's house. Before that, I had a couple of Michael Jackson records I danced to.

Who/what inspired you to want to start making your own music?

What was your big break with music making?


There's a 12 inch called Another Fantasy which came together quickly and banged harder than most and surprised me. Also the Unreal Estate soundtrack I made for Lawrence Lek.

A big break is when you've had a disciplined day and you've heard some sounds that make you feel good. They come together and feel like an image from nature.

You’re a classical artist making electronic music - have you always wanted to marry these two worlds?

I haven't wanted to marry anything except my wife. I don't think in terms of worlds - I listen to sounds and ask my mind how they make me feel. Like, why does tape flanging sound good to me.

Upstepping is your latest album - which you made all on the cello? What was the thinking behind the record?


There was no concept other than oxygenating my body more while playing. I love rave music. I was cutting up cello sounds and layering them with drum sounds. It wasn't only cello - I recorded percussion around the house and my wife's voice too.

How does the creative process work for you?

I think physiology governs your emotions which determine how you think. I try to change the context of my physiology in order to see things fresh. You have to be making in order to edit and refine. Thinking and talking about music is completely opposite to making music. Too much thinking time creates analysis which clogs you up. It has to be primal and intuitive a lot of the time, but tapping into your darkness is good too.

You’ve worked with Mica Levi on the Under the Skin soundtrack and on the Remain Calm record - how do you collaborate together? And what is it about your musical relationship which works so well?

We work on the music at hand and always sort of have an understanding. Mica writes very well and I enjoy interpreting her scores. I also love her beats and we send things back and forth. On Remain Calm we made it equally and all live.

You also worked with Radiohead on A Moon Shaped Pool. What was it like working on the album?

I'm not permitted to say.

Who are your current favourite music makers?

My favourite thing now is Sami folk music. They are my guiding light. I also love the Analord series by AFX. Richard D. James is perhaps the greatest for me.

Have you any advice for new acts?

Fall in love with listening and give yourself to music and nature in conjunction with others, with all your heart. Work hard.

What are your thoughts on classical music? Is it in good health? Are there plenty of opportunities for new composers/musicians?

I've always thought classical music is an industry term and not a music term. The historical classical period I think runs from CPE Bach to late Beethoven so it can get confusing. Other than the act of listening, I think there are no similarities between Mozart and John Cage for example, so I think the grouping isn't something I can speak to. I have no way of measuring opportunities for others but music is everywhere - accelerationist music. Honestly though,I think we should study the Sami people from afar. They could teach us so much.

When are you happiest musically?

When there's depth and clarity of feeling and listening, when there's no trace of power structures, when the values are of love and empathy.

I'm making a piece in Norway with the video artist Lawrence Lek and the singer/poet Chrysanthemum Bear. It will be sung in Norwegian, with electronics, contra-bass flute, bass flute, cello, girl’s cathedral choir and two large screens.

Oliver's latest Upstepping LP is out via PRAH. He was previously funded by the PRS for Music Foundation as a musician in residence in China in 2014.
Features
Back to top