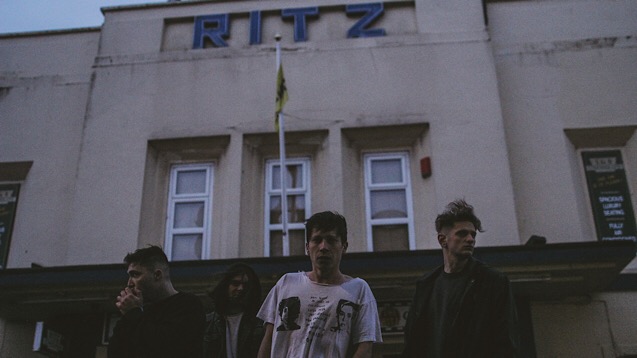 'Playing live is what we live for, so whenever we get an opportunity, the only option is to give it everything' - October Drift on their formidable live shows plus why they initially stayed away from social media...

'Playing live is what we live for, so whenever we get an opportunity, the only option is to give it everything.'

Taunton four-piece, October Drift, are chatting about their formidable live shows, which have seen them sell out some of the UK's best loved indie venues and build a cult fan base, captivated by their feedback drenched sonics.

Since emerging in 2015, the fiercely independent band have bagged slots at the likes of 6 Music Festival, The Great Escape, Reading and Leeds and Glastonbury, while a recent European tour supporting Editors has put even more of a spring in their step. 'It's hard not to get carried away when you're playing to thousands of people every day', they tell M.

Potent melodies are never far from their beefy harmonics, while there's a healthy sprinkle of shoegaze revival to be heard, thanks to band influences like My Bloody Valentine.

With new single Come And Find Me out now on Fierce Panda Records and a November/December tour kicking off next Tuesday (20 November), we sat down to chat touring, the role of social media and guitar pedals...

When did you first start making music together?

We've been writing music together in one form or another since we were 13, so it's become more of an addiction as opposed to a hobby or job.

Your live shows properly go off. How do you summon the energy to give so much every night?

It's not really that hard to be honest. Playing live is what we live for, so whenever we get an opportunity, the only option is to give it everything. We do psych ourselves up before we go on stage though, which usually involves a lot of shouting and wrestling. We've started playing motivational YouTube videos before shows as well, which I think I enjoy more than the rest of the guys...

You guys weren’t on social media for ages, what inspired that choice and why did you decide to sign up in the end?

It came from us not liking how so much about being in a band is what you post on Facebook and how much interaction you get on your socials. We wanted to see how important it really was and whether you could build a fanbase without it.

For a while it worked really well. I think because people couldn't find out anything about us online, it created a mystery and intrigue. We liked the idea that people really had to dig in order to find out any information. People would come down to shows just to find out more, which was exactly what we wanted. With everything being so instant nowadays, it was nice that only people who really made the effort found out more.

It did get to a point however, where it began to become a hindrance. As we grew, it was harder to reach new fans without social media. Because we were and still are a DIY band, our ability in terms of the financial resources to reach new people was pretty much at its limit. But we lasted a year without it and proved that you don't have to give everything away so instantly.

You recently finished up a massive tour with Editors, can you tell us about what that experience was like?

Insane! We weren't used to playing venues anywhere near that size, so the opportunity to do it night after night was incredible. The Editors guys were awesome as well - they went above and beyond what we expected in terms of treatment. We're hugely thankful to them for taking us along!

It's hard not to get carried away when you're playing to thousands of people every day. It's a big boost for the old ego. But some of the hotels we stayed at kept us grounded nicely. The apartment we stayed in, in Budapest, was a particular highlight. Kiwi woke up covered in insect bites, none of the toilets flushed, there were weird stains over everything and the whole place looked like the setting for the next Taken movie. Weirdly we stayed there for two nights...

Do you have a favourite show from the tour?

Yeah, Munich. It’s hard to explain why, but everything just clicked. The crowd were clearly up for some rock and just created the best atmosphere we've ever had. It was also the first show where Kiwi went onstage topless, which, as I sit right behind him, really added to the show for me.

You just played some huge sets at Reading and Leeds too – what were they like?

They were awesome – it was an amazing end to the summer festivals for us. Reading and Leeds are the kind of festivals we always hoped to play one day and when we got invited by BBC Introducing, we were buzzing.

The riders and catering! I had breakfast, lunch and dinner in the artist catering at both Reading and Leeds and it was awesome. We also played Vestrock in Holland this year and the catering there was amazing. They even had gold coloured liquorice! I'd never even heard of that before! I mean, it tasted weird, but what a thing to have on a rider.

You guys are helping to bring shoegaze back in a big way – what are some of your favourite shoegaze releases?

The Godfather of all shoegaze releases; Loveless by My Bloody Valentine was the record that got me into shoegaze. I was in my local record store and Phil, the owner, introduced me to them. I think what is so great about that record is that it's full of great songs. People always seem to talk about the sound of that record and the guitars, but for me it connected because behind the sounds were amazingly well-written songs.

Another album which has had a huge influence on me is A Brief History of Love by The Big Pink. It's not strictly a shoegaze album and has a lot of electronics in, but you can tell that it's heavily influenced by it and took shoegaze ideas in a new and exciting direction.

Tell us about your favourite guitar pedals?

We're all huge fans of Big Muffs. I think we own about five between us. They are just the backbone of our sound. We started using them 'cause Dan our guitarist wanted to sound like Billy Corgan and now they've become a bit of an obsession! We’re really into the Neo Clone. That manages to find its way onto most tracks. Dan also just bought a new Strymon reverb pedal which sounds really cool as well – I think it's called the Blue Sky? Oh, and I’ve got to give a shout-out to the Metal Zone. We use it on bass sometimes and I feel sorry for it because it takes a lot of stick online. But if you want to scoop the shit out of your mids, then there's literally nothing like it. If it's good enough for Simon Neil, then it's good enough for us.

Who are some of the best artists you’re listening to right now?

I’m dangerously into Kanye at the moment. Never really been a fan but I listened to his new album and something connected. Now I can't stop listening to him! Also, I’ve been really liking Car Seat Headrest, Black Rebel Motorcycle Club and Idles recently.

What’s next for you guys?

We're going to be releasing a single and touring extensively again. We always seem to get a bit fidgety when we aren't on the road. 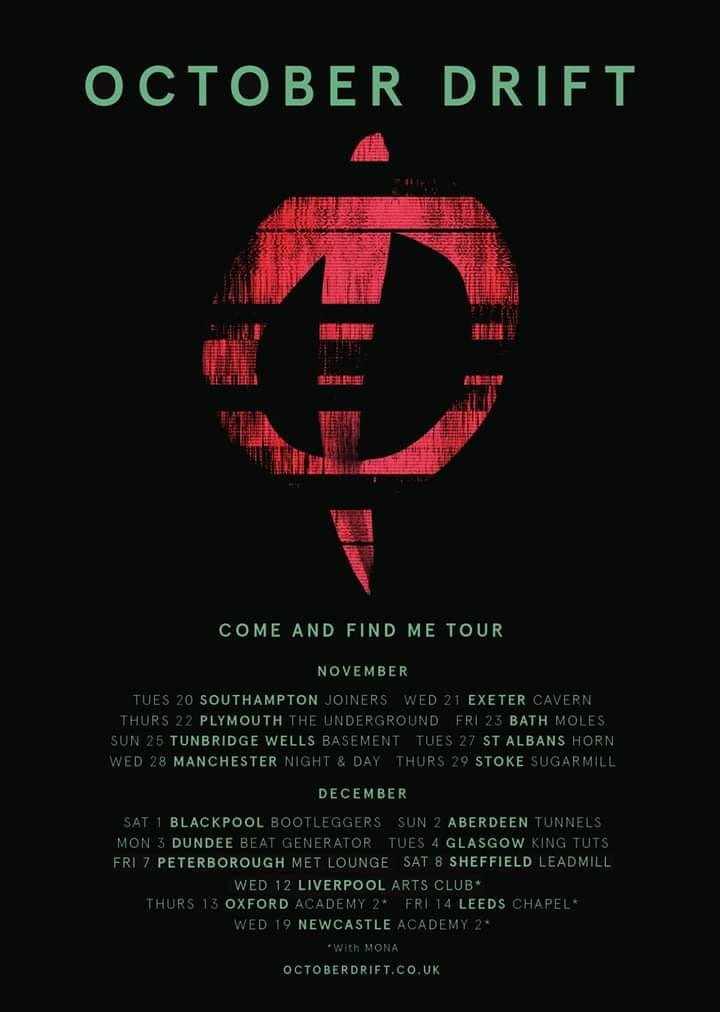