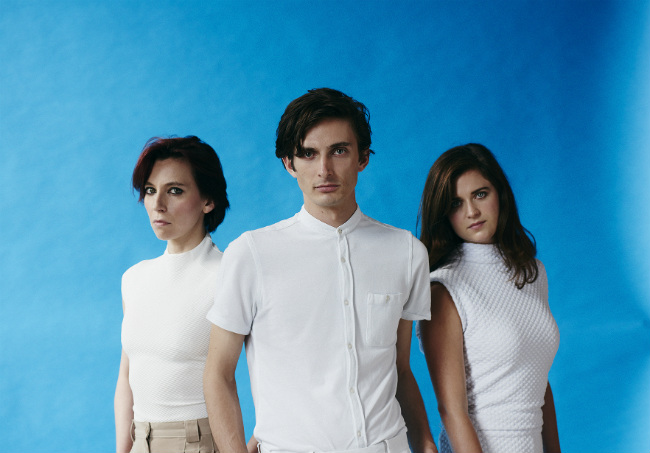 The record, which Michael made over two years with producer Charlie Alex March, is undoubtedly one stacked with ambition. The concept sees humanity staring down the barrel of an apocalyptic future, but while these ideas sound like they’ve been cut straight from a JG Ballard novel, the production and songwriting is infectiously immediate.

Recent single Two Hearts has been one of 2016’s brightest moments so far, showing off both Michael’s songwriting chops as well as skills of his co-collaborators, Charlotte Hatherley (Bat For Lashes, Ash) and Sarah Jones (Hot Chip).

We quizzed Michael on this new latest LP, and how he’s succeeded combined science-fiction with electro pop so beautifully… you can catch the band out on tour this February and the album is out now...

I started learning the guitar from an early age but didn’t properly engage with it until I was about ten. It was actually my older brother that got me into music. He was into the Beach Boys, bands like Weezer and the Smiths. My mum forced me into taking piano lessons, in my teens and then I started playing in bands. My life is marked by doing something for a bit, then realising I could be doing it a lot better, then trying to improve. A standard pattern really.

I remember a point where I discovered it was possible to make sounds up. Which was a great thing to realise when you’re young.

What were the first synth records you got into?

Aphex Twin and Boards of Canada, early M83 stuff. I was in a band with Charlie who ended up producing the NZCA Lines stuff. I’d been making my own demos but it took a push from him to start experimenting with different sounds.

That was mainly what the first album was about. This second one is more about remembering what I was interested in before we started playing with synths.

You’ve been in several bands - was working as a solo artist always part of your plan?

Yes I always tried to lead bands. Your Twenties was very much my brother's project, which I admired because he could steer it with a clear vision. I sometimes got a bit frustrated in bands where there was a democracy, because everything would become a bit diluted. I wanted to try doing something myself where it was just my ideas and direction driving things forwards. At the same time, I’ve realised it is good to have people around to bounce ideas off. Charlie is great for that even if it can be stressful and sometimes emotionally difficult.

Working on this NZCA Lines was definitely the end and beginning result of other solo projects. I had these demos, then other instrumentals with beats and casio keyboards. This was joining these two things together and making it in something new. 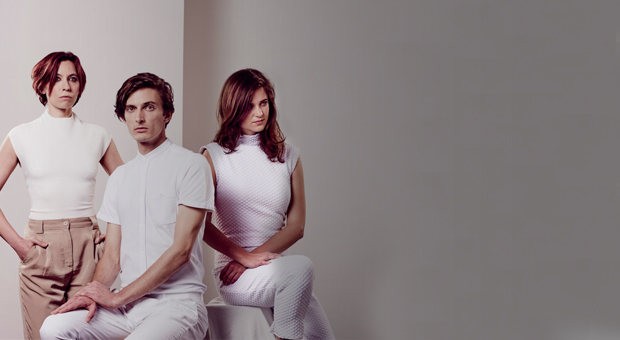 What’s the concept behind Infinite Summer?

The album is about the end of the world. It’s really far in the future to the point where our own civilisation has long past and other civilisations have risen and fallen. It’s a fictional point where the sun is dying, we’re going to die and there’s no other option. The idea is like what would happen. It’s a world divided into two halves, one a huge city where everything is made from the past, while the other is full of people trying to make it new again, being creative even in the face of disaster.

I thought it’d be a good idea setting myself a brief and starting point. This gave me a jump off point I could move away from, then back to. At the same time, all the lyrics come from a personal place. So while there has been a lot of thought put into it, I also don’t want to put people off by banging on about these concepts.

How did you get together with Memphis Industries?

We’ve been talking about doing something for ages. But I was finishing a degree, making demos and kept getting distracted. I had to start focusing a lot more to write what I thought was a decent record. Memphis Industries were interested from an early stage and they’ve been amazing, continually been a touch point. They’re really great, two brothers Olly and Matt, they know what they like and they don’t bull shit. It’s ace that we’re doing it with them and that everything happening with this record is a step up from the first. It just feels like more people are going to hear it.

What you up to next?

We’re doing our first tour in February which is very exciting. I guess it’s hard to know what happens but my aim is to play and get the music out there to as many people as possible. I’ve got a lot of plans to develop my live show but I’d like it to embody the spirit of the album. It’s a slow process pushing that. But I want to be true to the record.

I’m just hoping I can get a good run of playing to people. There’s so much new music out there and even with the best albums, there’s press but then a month later there’s nothing. I'm also keen to say that Momentum Funding helped us make the record and PRS helped us go to SXSW. PRS have been great in helping us and giving us that support to do the record.

Will Charlotte and Sarah both be out on tour with you?

Yes although they’re both really busy ladies and involved in lots of projects but they’re in the band now. I hope it’s a band people want to come and see.

Have you got any words of wisdom for new artists?

You need to do what feels right and follow your instincts as to what makes you excited. Things will continually not work out but you need to hang on until it does… and keep finding excitement in your music. There’s a balance between that and being realistic, something I’m still tackling. It can be up and down but you need to stay positive…

Infinite Summer is out now via Memphis Industries.

Watch the video for Two Hearts below...