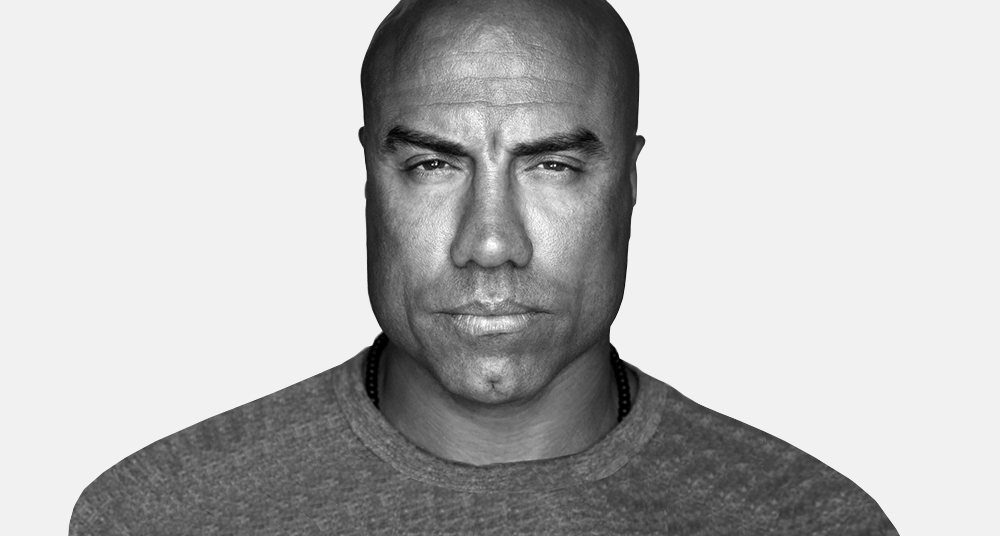 Noah Francis Johnson is a jack of all trades and master of quite a few.

From being a promising amateur boxer and mixed martial artist with an invitation to train professionally, to becoming the World Freestyle Dance Champion, opening a dance school that became the craze of his city. But Noah has always returned to his first love: music.

M Magazine caught up with Noah to discuss his extraordinary life and what the future has in store for him.

Hi Noah, thanks for taking the time to chat to us. How did you first get into music?

My father. He was my biggest influence. Dad was in a band called The Shantells. He knew a number of famous people such as Sir Tom Jones, Dame Shirley Bassey and Jimmy Ruffin. There was always someone singing in our house, I especially liked The Taylor brothers. That’s what got me into music.

When did you first realise you could sing?

I don’t recall the transition. In my mind, I’ve always been able to sing. I was a pro by the age of nine. I was onstage with my dad doing appearances in workingmen’s clubs around the country up until I was 15 years old.

Who are your musical influences?

I have two: Marvin Gaye for soul. Bob Dylan for lyrics.

Your musical repertoire quite eclectic. Is that fair to say?

Yes, that’s a fair conclusion. I refined my craft singing cabaret with my father for many years, covering music from Frank Sinatra to Nirvana. The greatest lesson I took from those days is that soul is not exclusive to one genre. That grounding gave me an immense appreciation of all music which I embraced wholeheartedly. Don’t put me in a box under genre, put me on record under music.

You used to be a professional boxer. How did you get into that and why did you stop doing it?

I was amateur going professional with over forty wins. Growing up on a council estate and being mixed-race, my dad could see my brothers and I were going to take a lot of abuse, so he took us to a boxing gym to learn self-defence.

I then became obsessed with boxing, training for six to seven hours a day. I remember once in Xenon nightclub I met Nigel Ben (The Dark Destroyer) and he asked if I was going to get into the game, I answered, ‘No.’ I was going into music. He grabbed my bicep and jokingly said, ‘Thank fuck for that.’ His trainer actually invited me to join them at their gym and I think if I had gone there, that would have led to me to become a full-time professional.

How did you get into dancing?

That was a strange stumble. There’s a joke, I crossed the dance floor to get a drink, tripped up and won. I realised I had a natural talent and when I combined the discipline from boxing, I was unstoppable. I won the UK Doubles and Solo World Freestyle Dance Championships. I opened my own successful dance school in Wales with over a hundred students. That then enabled me to tour around the planet as the World Freestyle Dance Champion, but it wasn’t long before I was navigated back to my music.

Okay, quick story. I was performing a show as the World Freestyle Dance Champion in my early twenties, and as I came off-stage, a man who looked around 35 years of age, passed me heading for the audience. I looked at him and I thought, ‘Follow that old man.’ I literally thought, ‘He’s going to die out there.’ As I was getting dressed, I could hear insane screaming. I looked through the curtain and this guy was bringing the house down. I later found out the guy’s name was Edwin Starr, he was singing Eye to Eye Contact, and brilliantly. It was there I realised, recording artists were on the top tier. So, from that night, I started singing over records, it made all the difference in my world.

Do you remember where your first musical performance was?

My first musical performance was when I was about eight years old, it was at a working men’s club in South Wales, and I vividly remember two blue rinse elderly ladies shouting, ‘Get that kid off the stage!’ Fast forward fifteen years later at the London Apollo theatre. A full house, young adoring fans, who certainly wanted this kid to stay.

You’ve worked with a whole host of talent throughout your career. What do you feel has been you’re most memorable experience?

Okay, so hands down, other than my dad of course, I did manage to meet a gentleman called Mr. Quincy Jones, and he ended up being my mentor. I spent a lot of time with him, talking about music, he shared his worldly advice. He is such a great man, a legend, and one of the few to receive an Emmy, a Grammy an Oscar and a Tony Award.

How did that meeting come about?

I met him through a business friend of mine who knew I was looking to advance musically. My friend asked me if I would like to meet Quincy Jones. I remember spluttering, ‘It would be an honour.' He set up the meeting, then I remember asking if I was too old and if I could sing. Quincy laughed and told me that I was not too old and yes, I could sing. Our friendship grew from there. Quincy is one of those guys who makes you feel like you have real worth.

How have you coped as a musician during the pandemic?

One of my main coping mechanisms is music. When times are hard most people sing, hum or whistle. I continue my spiritual practices, mind body and soul. I am also very family orientated.

Have you found the last 18 months has impacted the music you make?

No, but due to the pandemic, I have had time to focus on writing and been able to complete my autobiography.

What are your plans after this?

I plan to start releasing my music catalogue, quantity and quality. My intention is to release my music and reach as many people as possible over the next twelve months. I’m also looking to do some more acting; I have been cast in a short film entitled The Bench, which was written and directed by Rawaa Barnes. I have also finished narrating a show for BBC radio, The Casablanca: The Club That Changed Our Lives, produced by Chris Rushton from Gritty productions.

I would like to thank PRS for their continued support, not just for me, but all the musicians.