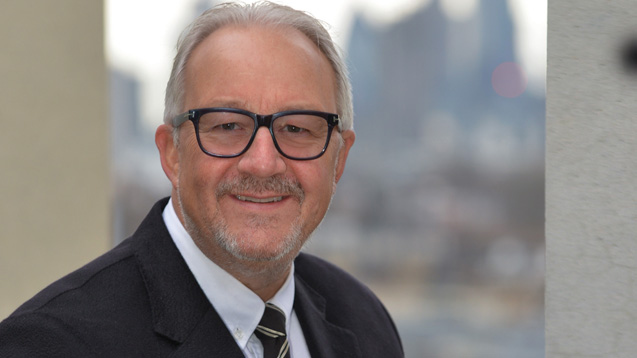 Seasoned pop publisher and peermusic managing director Nigel Elderton has just taken up the PRS chairmanship. We learn what's in store for his tenure...

Seasoned pop publisher and peermusic managing director Nigel Elderton has just taken up the PRS chairmanship. Anita Awbi sits down with him to learn how he’s committed to securing the value of music in an always-on digital marketplace.

‘When something you love, such as music, is readily accessible and constantly available, it's taken for granted and can become less appreciated,’ says new PRS Chairman Nigel Elderton.

He’s chatting about the ubiquity of music in 2017 and his concerns over its diminishing value.

For this music industry lifer and publishing insider, there’s an uncomfortable dichotomy between the rising demand for music and an unbalanced marketplace undermining its worth.

‘I'm not being a Luddite when I say this, but in truth, when you consider the availability and the accessibility of music, by every means possible today, it’s just staggering,’ he explains.

‘If you are able to get music for nothing, completely unmetered, it’s understandable that the perceived value of it will diminish. You just expect it to be there, “on tap” always.'

The implications are obviously huge, despite PRS for Music’s royalty revenues for its songwriter, composer and publisher members growing by 13.4 percent from £473.8m in 2011 to £537.4m in 2015.

‘You can walk into any hotel lobby, lift, restaurant or bar: music is everywhere, all around us 24/7’ Nigel continues. ‘Over a period of time that just washes over you and it can become less appreciated for the art form it is.’

So, as music becomes increasingly omnipresent, how do you uphold its value? ‘In the digital age, when you can just access it at will, swap it, send it, pull it up on a watch - it's tricky, you know? We have to find ways to increase the public’s perception of the value of music. The problem is that they have been bombarded by cheap deals and giveaways from Digital Service Providers (DSPs) for many years, so reversing this mindset is going to require a herculean effort from all sectors of our industry,’ he says.

Nigel has been at the heart of British music publishing for more than four decades, drawn to its creative scope and captivated by the changing ways people listen to and license music.

He first cut his teeth at Chappell back in the mid-seventies, scoring a job through a uni pal who worked there. Developing a thirst for A&R and the creative side, he graduated to EMI Music Publishing to work with some of the UK’s most beloved songwriters, including Les Reed, Barry Mason, Lionel Bart, Roger Greenaway, Roger Cooke and Geoff Stephens.

While his specialism in the firm’s middle-of-the-road catalogue was unusual for a lad barely out of his teens, his parallel tastes for the cutting edge also pulled him into the capital’s more energetic alternative scenes, and eventually led him to that auspicious Sex Pistols gig at the 100 Club back in 1976…

‘That's where everybody says they were,’ laughs Nigel. ‘But it certainly was a big night for me, we picked up the band from the pub and I met Malcom McLaren.’

Nigel went on to look after Malcolm's catalogue and still does, posthumously. Now as European President of peermusic, he’s also just signed all the Public Image Limited catalogue – reigniting his relationship with John Lydon.

From his eighties EMI Music Publishing base near Tin Pan Alley, Nigel helped forge the sync business as we know it today, servicing global brands such as Chanel and Levi’s with some of the decade’s most essential placements.

Back then, advertising, film and TV execs were just starting to switch on to the power of classic cuts and the kudos big-name artists could bring. Through Nigel - who pre-empted the trend by courting the media set on their own patch in Soho - they suddenly had access to a treasure trove of world-class music.

Nigel remembers a Eureka moment when he heard Sam Cooke’s Wonderful World on the radio and decided to pitch it to Levi’s. The ensuing advert hit around the same time the iconic Marvin Gaye (Heard It Through the Grapevine) hook-up went stratospheric. ‘I had the one no one remembers,’ Nigel laughs, ‘but basically, for the next seven years my phone was constantly ringing.’

From there on in, Nigel explains it’s been a fair old struggle to maintain the value of music in the commercial world.

‘Sadly, despite all of the business I've done with agencies, and all of the seminars, talks and award ceremonies I’ve attended, I still meet people in advertising who have no idea how to license music – and I find that very frustrating.

‘Many still regard music and music budgets as an afterthought. We are always the guys at the end of the line who are asked to cut our fees as the production has overspent their budget.’

With that in mind, talk soon turns to digital…

It’s no secret that songwriters, composers and publishers around the world are concerned about earning their fair share in the streaming age, when per-play rates are incredibly low and DSPs often launch their businesses without a licence or any understanding that the price of music has to be factored into their business model.

It’s a situation close to Nigel’s heart, who believes it’s a publisher’s duty to strive to maintain – and sometimes obtain – the value of copyright.

‘Publishers are often accused of not being able to adapt to the digital world, but we are agnostic. We don't care who we license to – a record is just a carrier of our repertoire. Music can be on a silver disc, vinyl, a piece of tape, or an mp3.

‘When a new carrier comes along we adapt quite easily. Our licensing schemes and fees have evolved from sheet music sales through TV, radio, recorded media and now to digital. As such, I would argue that we are more than capable of adapting to new technological innovations.

‘But what we can't do is give away our repertoire at the price point that some DSPs currently think they should be paying!’

It’s this belief in the enduring value of music that will set the agenda for his tenure as PRS Chairman. With YouTube and other important licensing negotiations ahead, and the society’s public dissatisfaction with the current situation, it feels like 2017 could be a watershed year.

Nigel offers: ‘YouTube is a fantastic service; it's a global, digital jukebox... I just wish they'd pay us a reasonable rate. They give us their PR spin about how much money they're paying creators. But we know it’s just not enough; we see it on our statements.

'We can talk about safe harbour and all the reasons why they've managed to avoid it, but the truth of the matter is we've got other services which are paying us good licensing fees that have been negotiated fairly and freely. The shift in the value from the creator to the DSPs is extremely concerning and must be addressed if we wish to see a thriving creative sector without which there will be little incentive to create new content.’

So what does he intend to do about the current situation? ‘As Nigel Elderton personally? I'd flick the switch tomorrow and go dark. Why wouldn't you? I feel like saying, “This is the rate, pay it or don't use it." But the world is not that simple… and I don't think it's a practical solution. We need to convince all digital service providers and platforms that without a decent royalty, songwriters can’t survive.’

He refers to the ‘delicate ecosystem’, in which ‘songwriters are suffering’, adding that continued discussion, negotiation and education must take place to redress the balance.

With his sights clearly set on helping correct some of the major discrepancies within the online licensing landscape, it seems there’s plenty to keep this new Chairman busy in his first year. ‘One of the cornerstones in 2017 is the PRS Board initiatives to improve and increase the value of our members’ repertoire - that's absolutely paramount,’ he confirms.

Alongside PRS, Nigel Elderton sits on the Boards of PRS Foundation, the Music Publishers Association and MCPS.