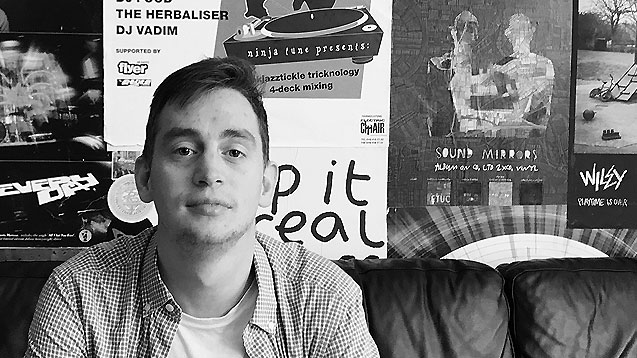 Nicky Wain is head of international at Ninja Tune, and works with Grammy Award-nominated artists Bonobo and ODESZA alongside smaller acts including Helena Hauff, Forest Swords and Dauwd.

The company, which was founded in 1990 by cut-and-paste pioneers Coldcut, also acts as an umbrella for other creative hotbeds including Flying Lotus’ Brainfeeder label and Actress’ experimental Werkdiscs imprint.

Over the last few years, Ninja Tune’s label and publishing arms have continued to push into new territories around the world. Among the successes has been South America, where they've found new audiences for their artists, buoyed by the streaming revolution that’s helped push their sounds across more borders.

Elsewhere, local teams in Germany, France, Australia and LA have helped album campaigns resonate with fans more deeply than ever.

How has Ninja Tune’s international rep built over the years?

Ninja Tune is now 28 years young so our reputation has had a long time to build and develop. Over this time we’ve built up a large network of distribution and promotion partnerships throughout the world with whom we have worked over the years and who have a deep understanding of the label’s ethos and the music that we release.

In the early years Ninja Tune was known on the whole as being an electronic label but I think in recent years with the development and growth of the other labels in the Ninja Tune family such as Counter Records, Big Dada, Technicolour and, of course, Brainfeeder, with whom we've worked for almost 10 years, I’d like to think that we’ve now been able to develop an international reputation for quality music across a whole range of genres.

With the recent commercial success of artists such as Bonobo and ODESZA (who both received Grammy nominations in 2018) we’re now seeing more mainstream success, but we’re equally proud of our work with boundary pushing artists such as Wiley, Actress, Thundercat and Helena Hauff to name but a few.

I think our international reputation is now stronger than ever and I hope will continue to grow.

Where outside the UK is your biggest following and why?

Probably the US, but we’ve always had a good following in European markets such as Germany, France, Netherlands, and further afield in Japan and Australia. These territories tend to have the most commercial potential for us so more time and money is generally invested in terms of marketing and promotion.

In recent years we’ve grown our office in LA, and employed staff on the ground in Germany, France and Australia, all of which helps us to go deeper into campaigns in these territories.

Touring is also important and many of our artists play more regularly in these markets than they do others.

Traditionally it’s been countries which have a strong range of media outlets, music venues, and reliable distribution networks where it’s been easiest to build a following, but with the rise of streaming, markets which previously may have been harder to release and promote our music in, such as South America, have opened up somewhat. Our ability to also grow our artists’ audiences in these markets is now stronger than ever.

Now the EDM bubble has burst, what long term effects (if any) has it had on the wider electronic music industry?

The music landscape in general is in constant flux, with trends coming and going. The EDM bubble as we’ve known it for the past few years may have burst, or at least retracted somewhat, the growth it experienced was never going to be sustainable. However, dance music that exists on that scale will continue, just in a different form. I think a lot of artists and fans are moving on to discover a deeper more cerebral side to EDM music which is something we’ve certainly seen with the likes of ODESZA.

Such is the nature of music trends although EDM may be on a downward spiral there will always be something new waiting in the wings to take its place.

Who are your most internationally in-demand artists/producers?

Artists such as Bonobo, Fink and The Cinematic Orchestra have all been grafting for years and have built up a strong international following.

ODESZA are superstars in North America, achieving number three in the US Billboard chart for their recent album A Moment Apart and selling out some huge venues over there including multiple nights at The Staples Center in LA and the Barclays Center in New York.

On Brainfeeder there's Thundercat, I think his recent album Drunk moved him up another level and he’s been doing a lot of international touring and A LOT of press, EVERYONE wants to talk to Thundercat!

Newer Ninja singings such as Helena Hauff, Jordan Rakei and Bicep have also been pretty in high demand over the last year or so, and continue to see their profiles grow internationally.

I’m excited that Young Fathers are back with a new album, there’s always a lot of interest around them internationally and their live show is always mind blowing.

Electronic music is such a broad church these days and encompasses a multitude of sub-genres. There are certain branches which have moved towards the mainstream - Bonobo, for example, achieved a top five album in the UK with Migration in 2017.

We discussed the EDM movement earlier, and there are always electronic artists making the transition from ‘electronic’ acts to ‘pop’ household names - for example Major Lazer, Kygo, Calvin Harris - with varying degrees of success. What is absolutely certain though is that the creativity melting pot of ‘the underground’ is flourishing, with all its mashing and clashing of styles and exciting hybridity, and it will continue to inform mainstream trends.

Do you feel part of an international electronic music community? If so, can you describe it?

Yes absolutely. Because the leftfield music bubble we work in at Ninja Tune is actually quite small relative to the wider music industry, it’s quite easy to build relationships with like-minded people around the world who share the same passion for the music that we release, whether they be artists, journalists, radio stations, distributors, labels or whoever.

As a label that’s been around since 1990 we’ve been operating within that community for some time now but certainly since the internet kicked in and made global networking so much more accessible, it’s become far easier to foster and expand those relationships and connect with people daily on a global scale.