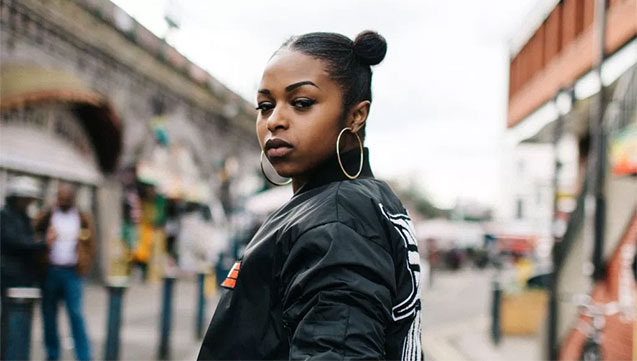 Nadia Rose is one of the hottest female voices coming out of UK hip-hop and grime right now. Here, she tells us about the women MCs who've shaped her world...

Along with Little Simz and Lady Leshurr, Nadia Rose is one of the hottest female voices coming out of UK hip-hop and grime right now.

Forget the fact she’s Stormzy’s cousin, this girl can hold her own.

The BBC Sound of 2017 shortlister dropped her banging debut EP Highly Flammable back in January, delivering on the hype of 2016 and setting the agenda for the year ahead.

Since then, she's put in stellar appearances at venues and festivals across the UK and beyond, performing alongside Section Boyz, Anderson .Paak and more.

She’s also received regular airplay from DJs Semtex, Mista Jam and Annie Mac, and found herself the darling of international brands including Adidas, Rimmel and DKNY.

We caught up with Nadia at the recent Afropunk London festival to find out more about her sonic inspirations and her own new music, which is in the pipes for October…